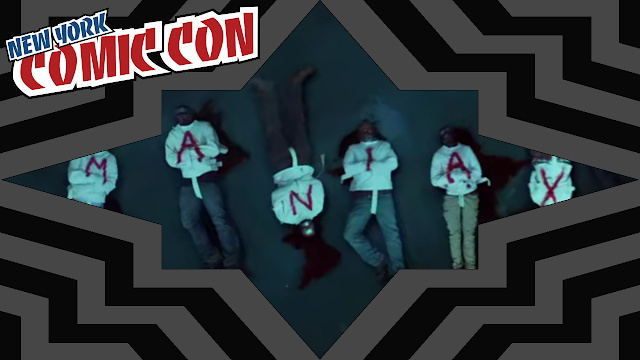 DC Entertainment and Warner Bros. Television have been dominating the small screen with hit shows like Arrow, The Flash and Gotham they have cornered the market for live-action super heroics in our living rooms and with those shows returning and the additions of DC Legends of Tomorrow and Supergirl joining them on TV and Vixen on the web in animation, DC Entertainment and Warner Bros. Television reign has no end in sight. Warner Bros. Television’s  Sunday programming block at New York Comic-Con 2015 kicked things off with a bang, when they treated fans in attendance to a couple of high-octane sizzle reels featuring edge-of-your-seat footage from the new season of Gotham. The cast made their second appearance at New York Comic-Con this weekend! Series stars Ben McKenzie, Robin Lord Taylor, Cory Michael Smith, Erin Richards as well as new cast members Michael Chiklis, James Frain and Jessica Lucas and Executive Producer John Stephens answered fan questions, and debuted an exclusive sizzle reel with all new footage from the 10/12 episode of Gotham. In case you missed it, you can watch the reel right here! Gotham airs Mondays at 8/7c on Fox.

Let us know in the comments what you think of this Gotham Season 2 Sizzle Reel and don’t forget to follow us on Twitter for the latest Previews, Reviews, News and Interviews