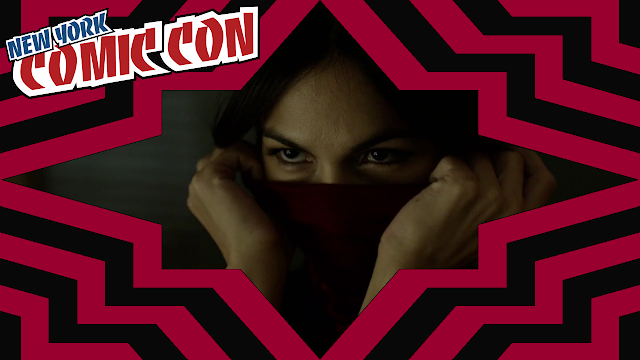 During the Daredevil Panel Saturday at New York Comic-Con 2015 they showed a video celebrating the success of Marvel’s Daredevil Season 1 on Netflix. The video showed clips from the mega hit first season but by 90 seconds in the video becomes a small 30 second Season 2 teaser trailer that introduces the newest additions to the cast Elecktra (Elodie Yung) & The Punisher (Jon Bernthall).

Let us know in the comments what you think of this Daredevil Season 2 Teaser Trailer and don’t forget to follow us on Twitter for the latest Previews, Reviews, News and Interviews