A couple if Marvel television shows have been on ABC including Agents of S.H.I.E.L.D. and the spin-off prequel Agent Carter. Now, ABC will be adding another, even lesser known comic book related title to their line-up: Damage Control! This live-action comedy show will feature the construction service known as Damage Control, a team of normal people who clean up super-messes. Finally we get to see the billions of dollars’ worth of damages in superhero movies get cleaned up.

Each episode of the show will be 30 minutes long and shot in a sitcom style. The executive producer for the series is Ben Karlin, who is not stranger to great informative and funny shows (The Daily Show) in a sitcom style (Modern Family). He will also be writing the script. The series is definitely in talented hands as Karlin has won 9 Emmys for The Daily Show and The Colbert Report. Karlin will be working on the show with David Miner and Marvel’s head of television Jeph Loeb. ABC Studios and Marvel TV will be producing it.

The Damage Control team first appeared briefly in a four-page story in Marvel Age Annual (1988). There first full appearance was in Marvel Comics Presents #19 (1989). The concept was created by writer Dwayne McDuffie (Static Shock, Justice League Unlimited) and artist Ernie Colón (Green Lantern, Amethyst). The Damage Control team was founded by Ann-Marie Hoag and they were originally owned by Tony Stark (aka Iron Man) and Wilson Fisk (aka Kingpin). The team not only cleans up the aftermath from superheroes’ battles, they also have a search-and-rescue branch. 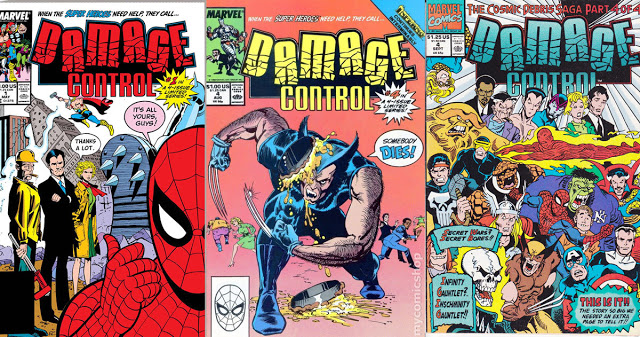 It did not mention whether the show would feature cameos from other Marvel properties, but when you have a Marvel production I feel like it is always a big possibility (and a great way to boost viewership). In this case, I would love to see the agents from SHIELD make an appearance. It’s very unlikely, but it would also be cool if Robert Downey Jr. swung by as Tony Stark.

What do you think of seeing Damage Control on the small screen? Are you looking forward to this Marvel-related comedy? Let me know in the comments below.