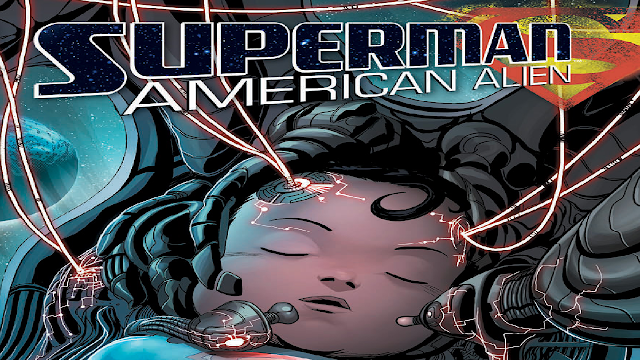 The seven short stories from Clark’s life, all of which represent important junctures in his development as a person, are brought to life by the brilliance of Francis Manapul, Jock, Jae Lee, Tommy Lee Edwards, Nick Dragotta, Joëlle Jones, and Jonathan Case, with covers by Ryan Sook.

But these are not the stories of the iconic “Superman” as you know him, but of the soft-spoken, charming, often-funny Kansas farm-boy behind the Man of Steel. With the tone of each issue ranging from heartwarming and simple, to frighteningly gritty and violent, to sexy, sun-kissed and funny, SUPERMAN: AMERICAN ALIEN is unlike anything you’ve seen before.

“Issue one is heartwarming, two is brutal, three is sexy, four will make you think, five’s thrilling, six might make you cry and seven…seven has the most violent fight you’ve ever seen featuring Clark Kent. This has been my dream since I was ten years old. Come on this journey with me and Clark. C’mon.”

In issue #1, superstar artist Nick Dragotta (East of West, Fantastic Four) illustrates the story of Jonathan and Martha Kent as they struggle to deal with their 12-year-old son’s latest quirk—he’s been floating up into the air, sometimes hundreds of feet!