Are fantasy western series the new “it” thing to do? First Greg Pak presented magic, racism and westerns in his announcement for Kingsway West at Dynamite Entertainment. Now, Image Comics’ has announced Black Jack Ketchum, a western fantasy adventure about a real historical figure and bounty hunters with no faces (they are not historically accurate).

Black Jack Ketchum takes place in a fantastical version of the Old West. Writer Brian Schirmer (Ultrasylvania) described the atmosphere of the meshing of genres in the series as “…a surreal western, so it’s spiced up with many elements foreign to the classic western comics. I tried to evoke the excitement and atmosphere of the Old West in a darker and distressing visual context, to attract both the lovers of classic Westerns and people who like a more intricate and oneiric narrative style.” The atmosphere will be illustrated by Claudia Balboni (Star Trek, Grimm Fairy Tales presents Robyn Hood) and Jeremy Saliba (The Wheel of Time) will be drawing the covers. 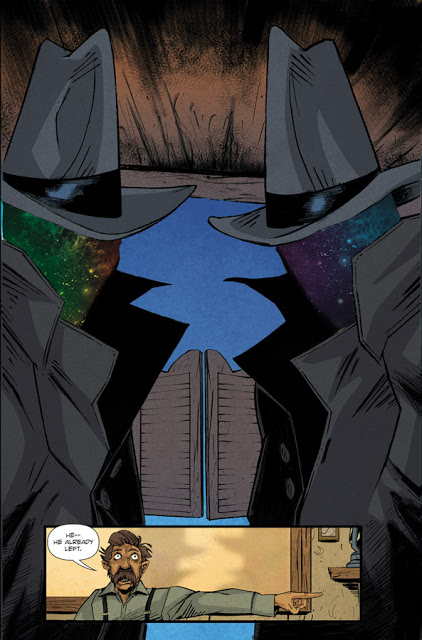 The story follows Tom Ketchum, a man mistaken for the outlaw “Black Jack” Ketchum. This supposedly mistaken identity puts Ketchum on the run for his life. Helped by his talking gun, a secretive gambler and a mute girl packing a Winchester, Tom struggles with his identity, sanity and existence. The group must avoid the Union and Dusters–the Union’s supernatural enforcers with no faces.

Tom Ketchum was a real historical figure and writer Schirmer talked about his relationship to Ketchum: “To me, Tom Ketchum is more than a minor historical figure—he’s family… My great-grandmother’s cousin. So, his name and the stories associated with him have been with me my whole life. That said, I knew we wouldn’t be creating a strictly biographical piece, so I pulled in influences from Alejandro Jodorowsky, David Lynch, Andrei Tarkovsky, and Orson Welles’ The Trial, just to name a few.” 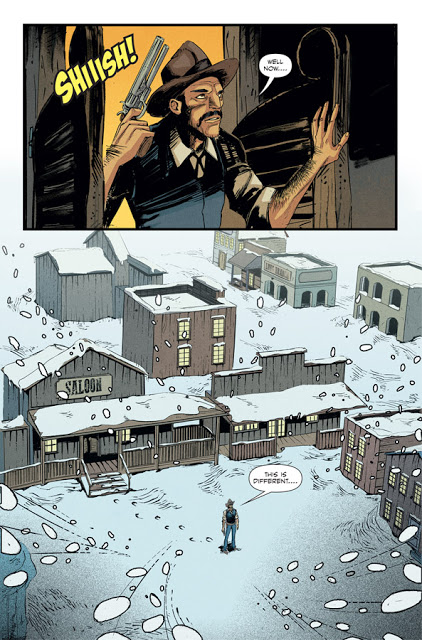 I was originally a little put off by the mistaken identity plot point since it is one of my personal pet peeves in storytelling, but there are a lot of intriguing elements to this fantasy western that may have me trying it out anyway. The series sounds like it could be very intense… and then it throws in a talking sidearm which makes me think it may have a fun sense of humor as well.

The first issue of Black Jack Ketchum will be released on December 2nd, 2015. Issue two will be available on January 6th, 2015.