Margaret Atwood, the Booker Award-winning author of The Blind Assassin, The Handmaid’s Tale and The Heart Goes Last will be releasing her first graphic novel ever. Dark Horse Comics will be publishing Angel Catbird, three graphic novels intended for all-ages. Angel Catbird is described by acquiring editor Daniel Chabon as “a strange mix of Will Eisner’s The Spirit, Grant Morrison, and Chas Truog’s Animal Man, and Ryan North and Erica Henderson’s Squirrel Girl… Angel Catbird is a humorous, action-driven, pulp-inspired story. And the only other thing I can tell you at this early date is to expect a lot of cat puns.”

Joining Margaret Atwood on the project is artist Johnnie Christmas (Sheltered). The story is about a superhero, Angel Catbird. Atwood describes our hero as “part cat, part bird. Due to some spilled genetic Super-Splicer, our hero got tangled up with both a cat and an owl; hence his fur and feathers, and his identity problems.” The graphic novels being published by Dark Horse Comics will be published in tandem with Keep Cats Safe and Save Bird Lives, the oldest conservative charity in Canada.

I think this is a really important moment in comic book history since this is a very prolific author. I was required to read The Handmaid’s Tale for high school. If another important and respected literary figure becomes part of the comic book industry, I feel the idea that comics are a form of literature will be even further supported. Even though comics have come a long way from the 80s, there are still people who have trouble looking past the stigmas of comics being for kids or serving as just mindless entertainment. It’s my hope that this news brings more literary merits and readers to the comic book industry. 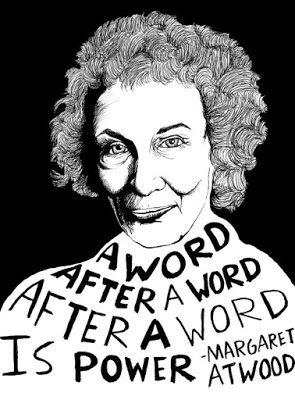