We’ve been without a Justice League cartoon since the fantastic Justice League Unlimited (the follow-up to the Justice League TV series) ended its run in 2006. That was a decade ago and people will still bring up the show when they talk about great animated series. After Batman: The Animated Series, of course.

Now, there will be a new quarter-hour series about the Justice League called Justice League Action. What makes this announcement even better is the line-up of voice-actors set to be in the show: Kevin Conroy will be reprising his role as Batman, Mark Hamill will be returning as the Joker, James Woods (Hades and Owlman) will be voicing Lex Luthor and Diedrich Bader (Kraven the Hunter) will voice Booster Gold.

The Justice League, led by Batman, Superman and Wonder Woman, will be leading the League in this series. As with the previous series, there will be a changing roster. However, these episodes will only be 11 minutes long. Hopefully, in-between all the action the show is bound to have, they remember to have some of the heartfelt and fun stories that were in the previous show. 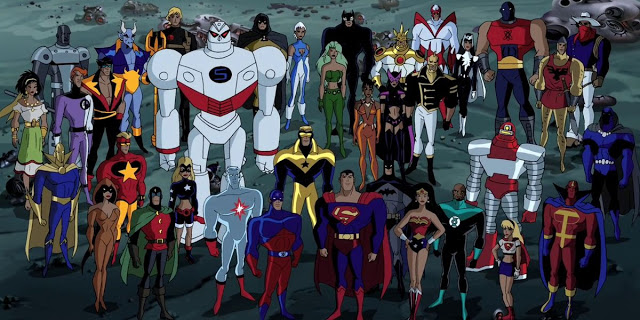 The executive producer will be Sam Register (Teen Titans Go!) and the producers will be Butch Lukic (Justice League, Batman Beyond), Alan Burnett (Batman: The Animated Series) and Jim Krieg (Green Lantern: The Animated Series). Currently there is no set premier date, but the show will be made by Warner Bros. Animation and air on Cartoon Network.