This Kickstarter is for launching Cross the Line’s film Nightshadow, a comic book movie starring a diverse cast of characters. The film company will also be starting their comic book company, Cross the Line Comics. I spoke with their President, CEO and director, Logan Cross.

Nightshadow, a female vigilante, has had a tough life. She lived on the street, fought in a foreign child Army, and became a member of “The Order of Wraith.” She was granted her wish of leaving The Order of Wraith to search for her father five years ago because she saved her leader’s life. Her real name is Quinn Collins. She works as a freelance Court Reporter and as a mechanic. She’ll fight for her city, Starview, but she doesn’t think of herself as a hero, and lives her live without the typical superhero code.

Cross the Line, LLC is an experienced film crew. They have previously released two films including The Legend of the Bull (action comedy), When the Time is Right (romantic comedy). The group also created a web series, Superheroine Series, based on female superheroes, which lasted over 450 episodes. 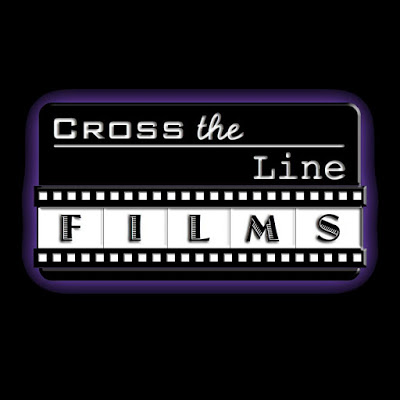 They are working with the Renegade Effects Group to create costumes. This group is responsible for costumes seen in Star Trek, Star Wars, Buffy the Vampire Slayer, Bicentennial Man, Last of the Mohicans, The Chronicles of Riddick and Batman and Robin (to name a few). They are also working with In Disguise Designs, who will be working on the custom costumes and fabrics

The funds for Kickstarter will go towards paying for the costumes in the film and hiring extra employees. For a $5 pledge you will get a shout-out on social media. For higher amounts of money, there are additional awards which include a digital download of the movie, a ten-page comic book of Nightshadow, clothing and other behind-the-scenes material.

The project will be funded if $30,000 is pledged by February 22nd, 2016 at 3:27 AM EST. Pledge money for Nightshadow, both the film and comic book, on the official Kickstarter page.

Check out my full interview with President, CEO and director, Logan Cross below:

Me: How would you describe the current state of heroines in feature films and comic books right now?

Logan Cross: This is a great question and is a large part of why we’re doing this project. Female characters have been more recently highlighted in a lot of movies, namely comic book films, but in my honest opinion, the intention is often there to create a strong independent character but the execution unfortunately falls short—very short. Now, with ambitions like Jessica Jones and Wonder Woman, we can see that there is a market for this type of character and there is a way to do it right (I say this with hope for upcoming films)… where big studios fail, we know we will succeed in bringing a strong female character to the screen who does not rely on a male character or love story to define her.

Me: How does Nightshadow differ from other heroines?

Cross: Nightshadow does not come from wealth and she does not have any powers when you meet her. She was able to endure and survive based on intelligence, skill, and heart/will. Her costume was derived from an assassin group she belonged to with her own upgrades that she made herself. She is a court reporter by trade but also a mechanic as a second job and hobby—something we don’t see too often from female characters. She does not consider herself prissy, long for true love, or think she is a hero. 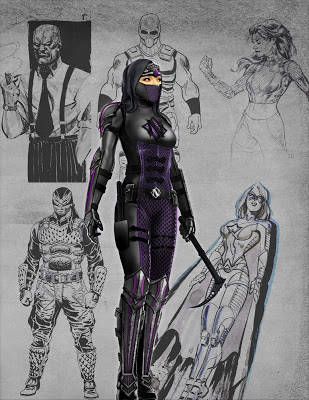 Me: What can you tell us about the antagonist in the film?

Cross: This is the cool part—there are MANY antagonists in the film. They each contribute very differently to the overall story arc. One of the main ones is a German scientist who calls himself The Cure. He is set on proving himself as some sort of God and, like Darwin, believes that only the strong survive—he intentionally poisons large groups of people to see who will survive. Another antagonist is Valentine. He is a Thetan warrior alien who uses a form on Earth reminiscent to a 1950’s gangster. His true form is much more devilish—which you get to see in the movie. Without giving too much away, he is orchestrating a series of events to happen the way he wants all the way through.

Me: Why do you believe it’s important to have such a diverse cast of characters?

Cross: Diversity is extremely important. Female groups and minority groups are constantly calling out for more representation in film—and for good reason. Just in Los Angeles alone, you would never walk a city block and ‘only’ see white people. It’s a melting pot and all across the US, a mixture of cultures can be identified. What’s important to me is to show and highlight that this is important to us without trying to force it to happen. The characters naturally have their backgrounds… it’s just a matter of finding the right person to portray them which will give the appropriate image for that character.

Me: How did you find and end up working with In Disguise Designs and Renegade Effects Group?

Cross: “Hollywood” is a small world. People know people and that’s how you get things done—referrals are key. In Disguise Designs is based in Las Vegas—I stumbled across them on YouTube while watching other production teams put together some cosplay-oriented videos. I contacted them and we got to designing the title character—they also referred me to our key 3D render artist and a DC Comics artist who then referred more artists to the project.

We shot a promo called The Hunters: Betrayal as seen on our campaign—the stunt team is amazing and one of the members works with Renegade Effects Group. He came to me, gave me a card, and told me he’d like me to meet Dragon—so we set up a meeting and started talking about all the other characters, weapons, and props that we will need for this film. Shortly after, we have numerous concepts hashed out for the film.

Me: Why did you decide to film in East Texas?

Cross: Some of our team is from East Texas—when I mentioned creating more feature films of varying styles, locations of course came up first and East Texas was thrown into the mix. We decided to take a trip out there and we found out that the city was completely on board to help and support us however we needed. The city itself has a very small town feel which is drastically different from normal superhero movies—which I love.

Cross: Cross the Line Comics, LLC is set forth to bring forward a new universe of characters that can be relatable to a broad audience of all types and backgrounds. Our goal is to tell amazing stories while keeping our characters grounded and relatable to contribute a positive social impact to our readers.

Me: Can you talk about some of the comic books you plan on releasing under this company?

Cross: Nightshadow is the first comic. It’s tough to tell too much without giving away plot points to the accompanying films, but we intend to release various comics based on the characters being introduced by Nightshadow. We also have other offerings such as V.A.L.O.R. for our PG audience, Psygents for our spy loving audience, and an upcoming R-rated female superhero.

Me: In the Kickstarter video you also mentioned you have already hired some artists who previously worked for DC Comics and Marvel. Can you tell us who some of these hires are and what projects they will be working on?

Cross: Dug Nation, Joel Gomez, and Eddie Nunez are just a few of the amazing artists who are working with us to launch this new company. They will be referring other artists to the company once we’re set up with the first film and are ready to start hashing out the comic book stories—after I hand over the Bible for the universe I created.

Me: What do you think is the number one reason possible backers should pledge their money to your Kickstarter?

Cross: This is something NEW and it’s exciting. This universe has been thought out immensely. The characters are all very different—from each other and from what’s out there now. Different ethnic groups will have many options to relate to and stand behind. Females will finally get empowering characters that will have deep stories that are not based solely on the fact that they are female—they are universally written so that their stories are not dependent on their gender or race—this is great because we don’t alienate male viewers with female characters or white viewers with black characters… the gender and the race will not be what defines them. We’re offering a lot of digitally downloadable incentives for the new $25, $50, $100, $500 contribution amounts—digital is the way to go now. The incentives are in our ‘Hot New Updates’ section listed out nice and neat.

Me: What inspirational words do you have for aspiring filmmakers?

Cross: Never give up—but also understand that there’s a blissful spot where creativity and business must meet. Identify your market and tell stories that people want to hear. There will always be nay-sayers. Use their words for fuel and associate with like-minded individuals who dream as big as you. Then—after you talk about your plan—actually walk the path. It’s an uphill climb and if it were easy, everyone would be at the top of Mount Everest—but only few make it. Never give up.

If you’re interested in helping fund the Nightshadow film and the new comic book publisher Cross the Line Comics, pledge money to their Kickstarter here.