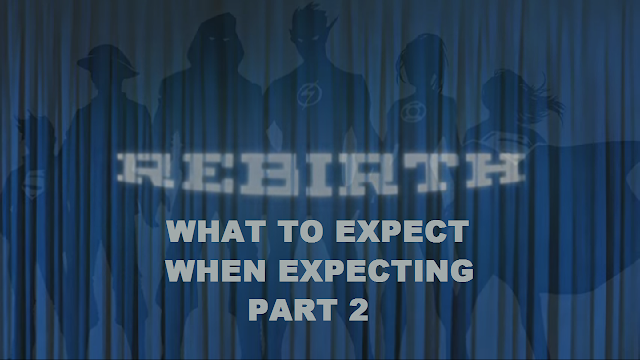 At the ComicsPro Annual Membership Meeting Thursday DC Comics announced the titles that will hit shelves on June after their 80-Page DC Universe Rebirth Special on May 25th. I gave some of my speculations during our Late Night DC Rebirth Discussion but I am super excited for this event and keep trying to wonder who will be on what title, so I decided to do a series where I will speculate and share who I would put on each title. This is the second part taking on the books that are set to be released in July!

* Rumored or confirmed to be on the title 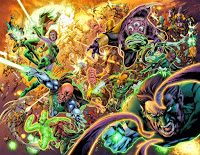 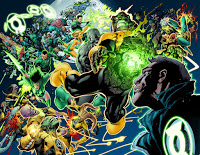 HAL JORDAN & THE GREEN LANTERN CORPS #1
Writer: Jim Krieg & Ernie Altbacker
Artist: Ivan Reis
What I Want To See: Krieg and Atbacker did an awesome job on the Animated Series their episodes were some of the best. Ivan Reis is one of the best Green Lantern artist so it would be great to bring him back with some of the best writers. I think this will be more of Hal and the “Alien” Lanterns so I would love to see some of the stuff they did in the show, explore the Galaxy and they kind of teased an A.I. recently wth Hal’s ship I would love to see Aya come into the comics.

JUSTICE LEAGUE #1
Writer: Tom Taylor
Artist: Jeremy Roberts
What I Want To See: Taylor handled the Justice League in Injustice and killed it so I want to see him handle the regular Justice League. See his style in this universe. Jeremy Roberts did a great job on Stormwatch, an under the radar series, but his Deviant Art page has some mind blowing Justice League work including the commission above that I want to see more of. This needs to be the team in that commission art swap out Hal for John or even alternate them with the arc, or hell alternate between Hal, John Guy and Kyle, to show that they are ALL the GL on Earth. I also and I have said this before get rid of Cyborg, Geoff is no long on this book so his favorite character can go too and bring back Martian Manhunter. 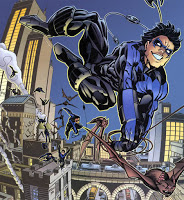 NIGHTWING #1
Writer: Chuck Dixon
Artist: Scott McDaniels
What I Want To See: Dixon knows Dick Grayson’s voice better than almost anyone. McDaniel draws amazing Nightwing scenes where he really showcases the fact that Dick is not Bruce, he is an acrobat above all else. I think Dick has grown out of Gotham and needs to return to Bludhaven and who better to do it than the team that did it first. I want to see some new cast members and new dynamics, but the same energy and thrill of classic Nightwing. 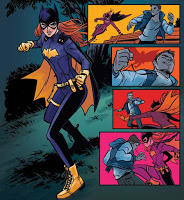 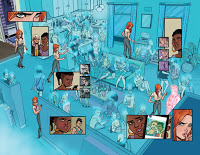 BATGIRL #1
Writer: Brenden Fletcher
Artist: Babs Tarr
What I Want To See:  Burnside Batgirl has done well for DC, so I don’t think they will want to mess with that team. But the last few solicitations seem to be suggesting a shake up in the status quo. I want to see Babs come back as Batgirl embrace her brain again and be that fighter she was also. I also am not a fan of the Babs and Luke relationship. I want Alyssa to return to the supporting cast.

BATGIRL & THE BIRDS OF PREY #1
Writer: Gail Simone
Artist: Ed Benes
What I Want To See: When I think of Birds of Prey this is the team I think of. Simone really gave these girls a solid friendship that a scene with them eating shrimp is one of my favorite scenes because it felt so natural and true. Benes did some beautiful art with the ladies and made some really exciting fight scenes come to life, and his style has gotten crisper since then. I want to see a tight friendship/group here. I want Batgirl, Black Canary, Huntress (If we could be so lucky) Spoiler, Bluebird, Black Bat (Cassandra), Strix, and re-introduce Lady Blackhawk.

THE HELLBLAZER #1
Writer: Greg Rucka
Artist: John Timms
What I Want To See: Rucka is killing it with Black Magick and is doing it by grounding it and presenting an interesting mystery. I think this is something that could really help Hellblazer. Timms art is nice and clean I would love to see this in a Hellblazer book you can see his work on Nova above. I want to see them really explore this part of the DCU. 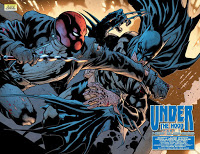 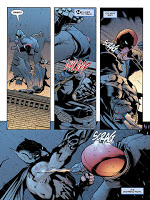 RED HOOD & THE OUTLAWS #1
Writer: Judd Winick
Artist: Doug Mahnke
What I Want To See: This team is meant for this book. Winick is responsible for Batman: Under The Hood, the story that truly brought Jason Todd back to the land of the living. But Winick also wrote Arsenal in Outsiders, he did an excellent job with the character. Mahnke can really bring the grit to the art of this title and make it feel gripping and street level like it should. I want to see the classic personalities come out in this series, give Roy back his personality, and God get rid of that stupid hat. 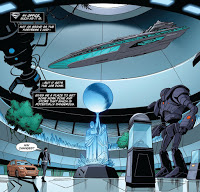 THE SUPER-MAN #1
Writer: Dan Jurgens
Artist: Lee Weeks
What I Want To See: I think this is going to be the continuation of Superman: Lois & Clark, telling their story, so why break up that team? I want to see this as them setting up a real life, perhaps them running the Daily Starr, I can see them taking up new names like Kent Starr (since they know Karen Starr is or was Power Girl) and I want to see them be classic Lois & Clark with their son perhaps him in training. 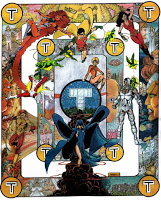 What I Want To See: When I think of Titans I think of this team they have defined this group to an extent I think very few creators have. I want to see them bring back Cyborg and Beast Boy along with Starfire, Raven and work back in Pre-Flashpoint Wally West somehow.Can you say Trigon?