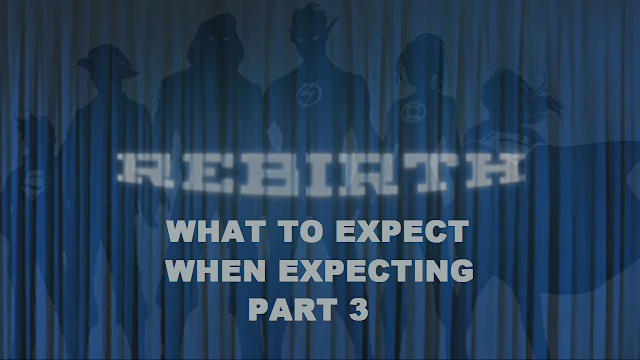 At the ComicsPro Annual Membership Meeting Thursday DC Comics announced the titles that will hit shelves on June after their 80-Page DC Universe Rebirth Special on May 25th. I gave some of my speculations during our Late Night DC Rebirth Discussion but I am super excited for this event and keep trying to wonder who will be on what title, so I decided to do a series where I will speculate and share who I would put on each title. This is the third part taking on the books that are set to be released in Fall!

CYBORG #1
Writer: Robert Venditti
Artist: Yildiray Cinar
What I Want To See: Venditti does a great job with grounded sci-fi so I think he would be a great fit for Cyborg. On Superior Iron Man Yildiray did an awesome job with tech so I think he will kill it here. I want them to humanize Cyborg, the best stories with him for me have always been about him and his humanity that and bring back the original Bromance with him and Gar! 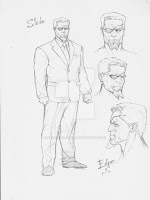 DEATHSTROKE #1
Writer: Marv Wolfman
Artist: Edgar Salazar
What I Want To See: Marv Wolfman knows Slade Wilson and I would love for him to do a deep intense story with him. Salazar is doing a great job on the series. I want this to be the classic Slade the guy who I read in New Teen Titans, in the Judas Contract, that is the Slade that is missing from the DCU now. 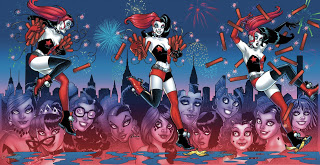 HARLEY QUINN #1
Writer: Amanda Conner & Jimmy Palmiotti
Artist: Amanda Conner
What I Want To See: These two are doing a great job with the book for DC, this title is selling so well that they have had how many minis and connected titles now? DC would be dumb to change this up. Now I want Amanda Conner though to do more of the art her art is AMAZING I need more of it. I would also like to see some more classic Harley with the Palmiotti and Conner twist.

JUSTICE LEAGUE AMERICA #1
Writer: Bryan Hitch & Maybe Geoff Johns
Artist: Bryan Hitch
What I Want To See: I think Justice League America is a typo because there is no “Of” in there so I think Bryan Hitch should continue this title. I did add Geoff Johns is the rumors are true that this could be the JSA & JLA book where the early days of the JSA members come forward in time and work with the JLA. If this is just JLA I want more classic stories.

SUICIDE SQUAD #1
Writer: Tom Taylor
Artist: Jim Lee*
What I Want To See: Again Tom Taylor gets twisted heroes or villains like in Superior Iron Man, and Injustice Gods Amon Us. I would love to see him take on this book. Jim Lee is said to be one of the rotating artist which I think is needed if they want to push this book due to the movie. As for the series bring in the REAL Amanda Waller you know the big bad Waller.

BATMAN BEYOND #1
Writer: Stan Berkowitz
Artist: Khary Randolph
What I Want To See: Stan Berkowitz? Who is that?Well he has written a ton of DC Animated stuff including Batman, Batman Beyond, Static Show, and Justice League. This guy has written some of the best episodes I would love to see him at least plot out the series so we get that classic Batman Beyond show feel. Randolph did Batman Beyond before and does great in that animated style it would fit this title so well. Return Terry McGuinness and the status quo from the series continue it from there and make it its own thing stop trying to fit this in the DCU this is its own thing. 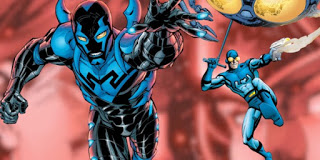 BLUE BEETLE #1
Writer: Keith Giffen & J.M. DeMatteis
Artist: Kevin Maguire
What I Want To See: Giffen & DeMateis really get Ted Kord Blue Beetle and I would love them to take on Jaime Reyes. Kevin Maguire worked great with Giffen and DeMatteis on Formerly Known As The Justice League as well as other books, I think this team is a great pairing. I want to see Kord and Reyes in a book together we can have Ted be the mentor to Jaime and bring in some humor to that character. 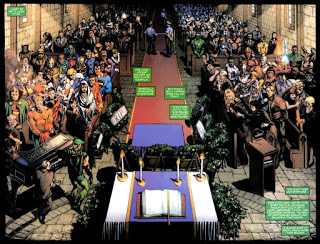 EARTH 2 #1
Writer: Allan Heinberg
Artist: Rags Morales
What I Want To See: Allan Heinberg did a great job on Young Avengers and Wonder Woman, I would love for him to take on this book and really get us to invest and care about these characters. I been a fan of Morales art since his run on Hawkman and would love for him to take on this title and give us some fantastic art. I want this to feel like a team enough about the world ending the world beginning etc GIVE ME A TEAM ALREADY!!!!

GOTHAM ACADEMY: NEXT SEMESTER #1
Writer: Brenden Fletcher*
Artist: Adam Archer*
What I Want To See: Brenden Fletcher was really excited in his tweet about this after it was announced so I suspect they are keeping him on it. Adam Archer is really growing on me and with him just joining recently I think they will keep him on but if not I would love Mingjue Helen Chen in there her style really invoked Kerschel’s style. I want more mysteries. I want new students. I want more Tristian. I also want more MAPS!!!! 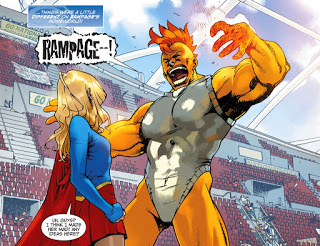 SUPERGIRL #1
Writer: Sterling Gates
Artist: Bengal
What I Want To See: Sterling Gates is one of my favorite Supergirl writers right there with Peter David. Bengal brings a fun youthful energy that was missing from the previous volume so I think he will realLy energize this character again. I want Kara Zor-El more like the Pre-New 52 or the TV show where she is innocent but strong.

SUPER SONS #1
Writer: Karl Kessel
Artist: Tom Grummett
What I Want To See: I really think this will deal with Jon taking on a Super-Identity and sporting an update of Conner’s original leather jacket costume, or his second one. If that is true who better to launch it than the team that brought Kon-El to the comics? I woul don’t want Jon to be Superboy though, perhap Superlad?

TEEN TITANS #1
Writer: Greg Weisman & Brandon Vietti
Artist: Mike McKone
What I Want To See: Weisman and Vietti gave us Young Justice and it was GOOOOOOOD bring them into the proper DCU on Teen Titans it will be GOOOOOOOOOD!!!! McKone was the artist on Geoff Johns Teen Titans Run and did an awesome job so bringing him in will be awesome! I want the YJ Core 4 from the comics Tim, Conner, Cassie and Bart all of them have to be in it. Then I want some of the newer ones like Static Shock, Miss Martian, Aqualad, and Blue Beetle. I would love to see that Bart & Jaime relationship in the main DCU.

What I Want To See:  Finch really gets who Wonder Woman is and I would love to see her take on the whole Trinity. Terry Dodson does some WOW art so I would love to see him and his wife team up to bring us the Trinity.. Why can’t a woman write the Trinity? That was my first thought followed by why is Wonder Woman usually the weakest part of that team? I think they both need to be corrected and I think a powerful writer like Finch who gets how to make Wonder Woman truly strong can make sure she isn’t the girl in the boys club, but an equal member in this friendship.