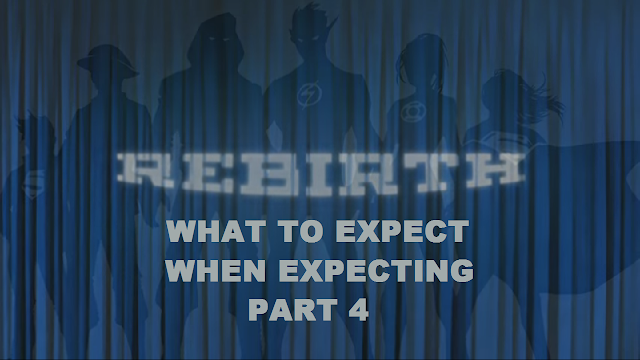 Last week I shared my thoughts on who I would like to see be on the DC Rebirth titles that were announced at the ComicsPro Annual Membership Meeting. I also pointed out during our Late Night DC Rebirth Discussion that there are no books for August, they have June, July, then Fall leaving August untapped. Today I am going to give my opinion on what titles I think DC needs to launch in August and who should be on them. This is the fourth and final part of this series, hope you enjoy! 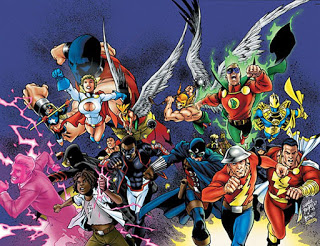 JSA #1
Writer: Geoff Johns
Artist: Francis Manapul
What I Want To See: Johns really defined who the JSA was, he brought them from the Golden Age into the modern  and made them the very foundation of the DCU. Manapul has very nice crisp clean art with dynamic paneling so I really think it will fit this title. I want this to be the foundation again bring in legacies, I want to see the young heroes interacting with the older ones learning from them. DC is missing the legacy aspect that made it stand out from the other companies, this title alone can help bring that back.

GOTHAM CITY SIRENS #1
Writer: Amy Chu
Artist: Clay Mann
What I Want To See: This team on Poison Ivy Cycle of Life & Death is doing an excellent job, they really get Ivy and Harley.  Chu can balance the crazy with relationships and really gets us to care about them. Mann makes them sexy without making them overly sexualized objects. I want them to bring what they are doing in the Poison Ivy mini here. 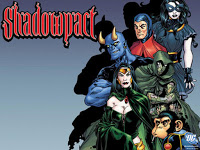 SHADOWPACT #1
Writer:.Mike Johnson
Artist: ChrisCross
What I Want To See: I loved Mike Johnson’s work on The Spectrum War and when I was doing this I thought something about the way he approached that mini had me wondering how he would handle this book. I think he knows how to balance an ensemble cast and can weave a thought provoking story. ChrisCross has beautiful art and I would love to see him drawing this diverse cast. I want this to sort of be to the magic world in the DCU what the D.E.O. is like on Supergirl, they deal with the magic world. 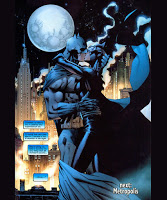 CATWOMAN #1
Writer: Devin Grayson
Artist: Aaron Kuder
What I Want To See: Devin Grayson did a great job on Nightwing and knows the Batworld so I want her to write Catwoman and let us see her amazing writing with Selena. I would love to see a regular Catwoman by Kuder. I want this series to remember who Selena is at her core bring that back.

THE LEGION #1
Writer: Dan Abnett & Andy Lanning
Artist: Chris Batista
What I Want To See: DnA wrote my favorite period in the Legion. They balanced this huge team and made me know and care about each and every one of them.I want to see Batista back on Legion he did them so beautifully. I want to say DnA do what you do and just enjoy the hell out of this. 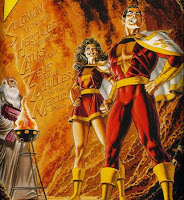 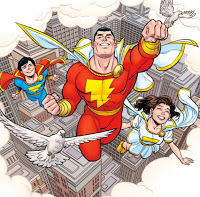 POWER OF S.H.A.Z.A.M. #1
Writer: Amy Wolfram
Artist: Karl Kerschel
What I Want To See: This team did Teen Titans Year One. I think Wolfram can bring the light hearted nature this book needs.Kerschl’s style has changed or evolved over the years and I loved him on Gotham Academy, I think it would fit perfect with this book. I want the fun light hearted Billy Batson back embrace who he is and give us the Marvel Family. 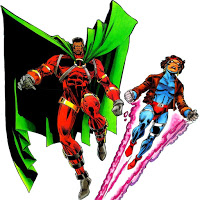 ICON #1
Writer: Reginald Hudlin
Artist: Denys Cowan
What I Want To See: Hudlin did a great job on Black Panther, I would love to see him on Icon. Cowan is a founder of Milestone and does great art. These also teamed up with DC for the revival of Milestone that includes the “Earth-M” hardcover graphic novels. I really want them to bring in the Dakota Universe, but this time, do more what they did with the animated stuff in Young Justice. I want to see Icon become an Icon of the DCU put him on the JLA, or another major team, or bring in a Milestone team, but I don’t like the names of those teams, Shadow Cabinet sounds too sinister and Heroes is too generic. I also want to see Rocket become a member of the Teen Titans.

STATIC SHOCK #1
Writer: Matt Wayne
Artist: Todd Nauck
What I Want To See:  Matt Wayne worked for Milestone and on the Static Shock animated series Wayne knows the Dakotaverse voice, and what made the show a success if he can fuse them into the DCU we can finally have an awesome Static Shock comic. Todd Nauck did amazing work on both the Teen Titans Animated Series comic and the original Young Justice comic I think he can bring that energy needed for this book. Keep him in his city do not change things up use the original comics and the animated series as a template, there is a reason why the show was so good. Static is another character I want to see in Teen Titans.

WILDC.A.T.S. #1
Writer: Brandon Choi
Artist: Matt Broome
What I Want To See: I love Brandon Choi’s Wildstorm work, I enjoyed his WildC.A.T.s run, I remember reading it and was blown away I loved the characters and the story. I love how Matt Broome draws the WildC.A.T.s there is such great detail to his work that I would love to see these two team up again. Since this would be in the DCU I want them to be a part of it but at the same time not immersed in it. I think they can play out their story and add things like the mention of the D.E.O. perhaps having them run into characters from the DCU here and there but I don’t need Lobo on this team or anything keep this team dynamic as it is.

GEN-13 #1
Writer: Nunzio DeFilippis & Christina Weir
Artist: J. Scott Campbell
What I Want To See: I love DeFilippis and Weir on Academy X and would love to see them write teens again and I think this would be a great team of teens for them to write. Let’s face it, Campbell is just an awesome artist, so like why not have him on a book? Then there is the fact that I loved him on this book previously. Like I said with WildC.A.T.s they need to be on their own no N.O.W.H.E.R.E. But I would like a Teen Titans crossover.

STORMWATCH #1
Writer: Brandon Choi
Artist: Trevor Scott
What I Want To See: Choi and Scott both did great jobs on Stormwatch previously and I think we need their experience with the Wildstorm universe to merge this team into the DCU. I want this title to interact more than the others I want this to be something like the Justice League meets S.H.I.E.L.D. I know there are two different teams for this book so I want to see them merged into one.

EARTH-16 #1
Writer: Greg Weisman & Brandon Vietti
Artist: Jerome  K. Moore
What I Want To See: Greg Weisman is a genius. Weisman and Vietti delivered the best superhero animated series to date. Moore helped design the characters and has done comic book work before, so I think he would deliver the right art for this title. Now in our interview with Weisman he mention he pitched an Earth-16 title to DC and they declined. I know from his site Ask Greg that he tends to plan a lot of stories out for his shows he has worked on, so I would take a cue from Injustice and instead of doing Season 3 fill us in on those 5 years between seasons 1 & 2,then once we are caught up give us Season 3. This title is really a no brainer for DC the show has a huge loyal fanbase who have been VERY vocal about bringing the show back give them this book, with this team and they will have it sold out!