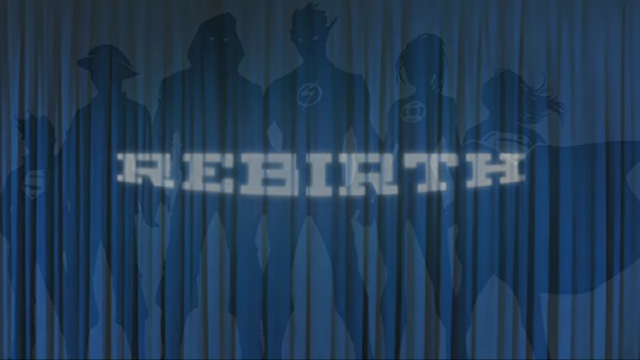 DC Entertainment is tapping into fans of the annual comic book, sci-fi and pop culture gathering, WonderCon, to unveil a host of details regarding its upcoming line wide DC UNIVERSE: REBIRTH initiative at a can’t-miss event open to both fans and media on Saturday, March 26 at 9am PST in Petree Hall at the Los Angeles Convention Center.
Attendees will get breaking news on the upcoming line wide re-launch from DC Entertainment Co-Publishers Dan DiDio and Jim Lee, along with DCE Chief Creative Officer and best-selling writer Geoff Johns. For the first time, everyone in attendance will also be introduced to the REBIRTH artists and writers, many of whom will be in attendance at the event. This lineup of talent has been kept highly secret so fans would be the first to know who will be writing and drawing their favorite (and new?) characters!

Both press and attendees will also be treated to the very first look at new covers, character renders and other REBIRTH artwork, including Geoff Johns’ 80-page DC UNIVERSE: REBIRTH Special which kicks off this all-new universe of stories on May 25th.  And if you’re a fan of awesome art, you’re in luck; all attendees will receive a limited edition DC UNIVERSE: REBIRTH-themed lithograph, drawn by DCE Co-Publisher and veteran artist Jim Lee!

This must-see event is open on a first come, first served basis to all registered WonderCon attendees with a valid event badge.

And if you can’t make it to WonderCon, not to worry; DC Entertainment will be streaming this event live, hosted by DC All Access’ Tiffany Smith, on the DC Entertainment YouTube channel beginning at 9am PST.