Image+ is a new monthly magazine which will showcase upcoming Image Comics releases and bonus creator-owned comic book content. The first twelve issues of Image+ will also have an original, four-page Walking Dead story exploring the origins of Negan. The story will be handled by The Walking Dead creative team, writer Robert Kirkman and artist Charlie Adlard, and will span a total of 48 pages.

Brothers talked about his experience as well as his excitement to be working on the Image+ magazine: “Comics are exciting, and it does them and their creators a disservice to give them rote, by-the-numbers coverage. I cut my teeth on video game magazines before writing about comics professionally, and I’m excited to push that experience in a new direction alongside Sasha Head, our Sales & Marketing Production Designer. From my perspective, comics have always been cool, and this is a chance to show everyone exactly why I feel that way.” 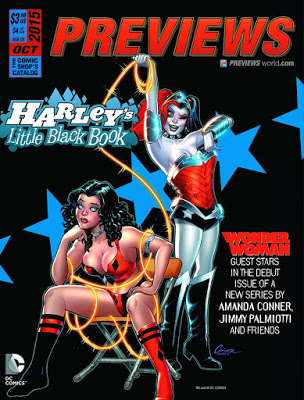 Subscribers to Diamond’s monthly PREVIEWS Catalog will receive Image+ for free starting this May. Alternatively, Image+ can be bought for $1.99. PREVIEWS includes new solicitations as well as product listings. The PREVIEWS Catalog in May will include the July releasing solicitations. I’m interested in getting more of a peek into the inner-workings of Image Comics and their creator-owned books.