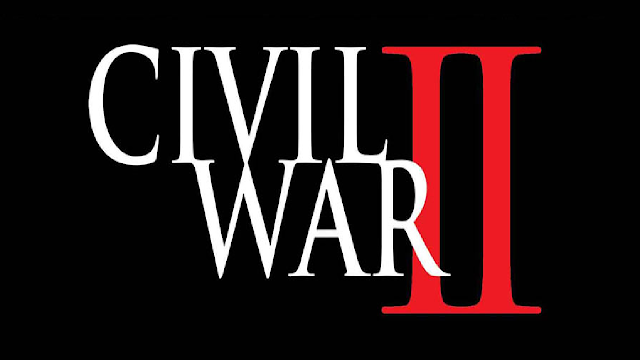 For the last few weeks  Marvel  has been teasing that the  Marvel  Universe is at a crossroads. Where a new power has emerged, one that can predict the future—for good or ill— and the heroes of the  Marvel   Universe are faced with a choice: Wield the power of “predictive justice” to change the future as they see fit, or reject it and allow tomorrow to unfold unaltered. Today at their Civil War II C2E2 panel  Marvel  unveiled a slew of their Civil War II tie-ins covers and descriptions.

CIVIL WAR II: THE AMAZING SPIDER-MAN
Written By: CHRISTOS GAGE
Art By: TRAVEL FOREMAN
Pits the wall-crawler’s great power and great responsibility with the dueling ideas of protecting – or changing – the future. The series will also feature the return of one of the classic Stan Lee/Steve Ditko Spider-Man villain teams you may have forgotten.

CIVIL WAR II: X-MEN #1 (of 4)
Written By: CULLEN BUNN
Art By: ANDREA BROCCARDO
Cover By: DAVID YARDIN
No longer sitting on the sidelines, Magneto will use his terrifying and awesome power to take mutantkind’s fate into his own hands! Though he may be surprised who stands with him…and who stands against him! The battle lines are drawn this June in CIVIL WAR II: X-MEN #1!

CIVIL WAR II: GODS OF WAR
Written By: DAN ABNETT
Art By: EMILIO LAISO
With heroes on all sides of the war… where will the world’s first super hero land? This epic series takes Hercules right to the front lines! Hercules is in desperate need of allies in CIVIL WAR II: GODS OF WAR. Like any ancient hero living in modern times, Hercules assembles a team of likeminded mythological figures and take down an impossible threat.

DEADPOOL #14
Written By: GERRY DUGGAN
Art By: MIKE HAWTHORNE
Cover By: RAFAEL ALBUQUERQUE
Deadpool and the Mercs for Money deal with a cosmic-level threat.

THE TOTALLY AWESOM HULK #7
Written By: GREG PAK
Art By: ALAN DAVIS
Cover By: ALAN DAVIS
What happened to Bruce Banner in the eight-month gap after Secret Wars is revealed.

NEW AVENGERS #12
Written By: AL EWING
Art By: GERARDO SANDOVAL
Cover By: JULIAN TOTINO TEDESCO
While Civil War II is going on, the catalyst of it kickstarts this 3-way fight that’s been brewing for awhile. It’s a 3-way fight between S.H.I.E.L.D., A.I.M. and the Makers.