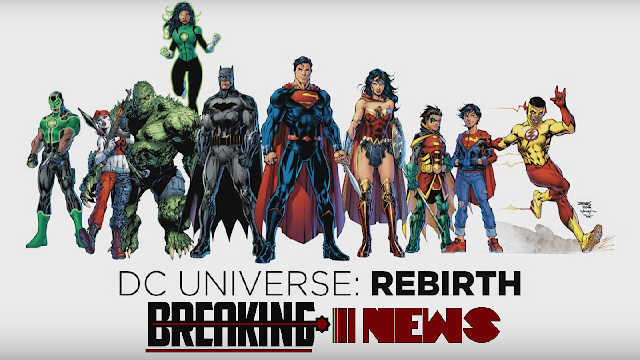 DC Comics hosted a special livestream event at WonderCon this afternoon to reveal art and announce the creative teams behind DC Rebirth , the event that relaunches the entire DC Universe with new issue #1s and has them double-shipping titles. The event was introduced by DC All Access host Tiffany Smith, with DC co-publishers Jim Lee and Dan DiDio and chief creative officer and the man in charge of DC Rebirth , Geoff Johns introducing and interviewing the creative teams.

The DC Entertainment Trinity of Didio, Lee, and Johns joked and talked about the birth of DC Rebirth . In the process they admitted to a few things that, to be honest surprised me. They admitted that they had lost sight of their characters and more. They go on to say the DC Rebirth  is first and foremost about the fans, and explained that all titles will be $2.99 to show their commitment to the books and to the fans.

The panel was bookend with talk about DC Universe Rebirth 80-Page Special. Some titles will have a special One-Shot “Rebirth” issue a few weeks before the series first issue starts. 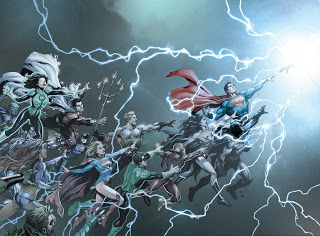 The Batman creative team were up first up: 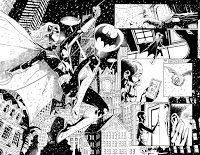 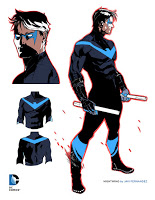 BATGIRL #1 (JULY 13th)
Plot: Batgirl leaves Burnside and backpacks through Asia on an adventure of self discovery and training.
Written By: HOPE LARSON
Art By: RAFAEL ALBUQUERQUE
Price: $2.99
Released: MONTHLY 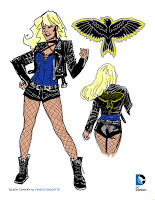 BATGIRL & THE BIRDS OF PREY REBRTH #1 (JULY 20th)
BATGIRL & THE BIRDS OF PREY #1 (AUGUST 24th)
Plot: Barbara gets help from Dinah (Black Canary) and Helena (Huntress) when someone is using her former identity of Oracle. Also a Mafia family is hiring meta-humans as muscle with a gang named the Snake Men.
Written By: JULIE BENSON & SHAWNA BENSON
Art By: CLAIRE ROE
Price: $2.99
Released: MONTHLY

Next up was Superman & Wonder Woman Family: 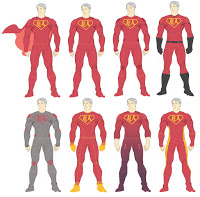 NEW SUPER-MAN #1 (JULY 13th)
Plot: A 17-year old Chinese man in Shanghai begins to gain the powers of Superman and the changes don’t just give him Superman’s powers but also begins to change his heart.
Written By: GENE YANG
Art By: VIKTOR BANDANOVIC
Price: $2.99
Released: MONTHLY

SUPERGIRL REBIRTH #1(AUGUST 17th)
SUPERGIRL #1 (SEPTEMBER 7th)
Plot: National City and Cat Grant will be in Supergirl, but it will not follow the TV series. Cyborg Superman (Zor-El) will return and tempt Kara with Krypton.
Written By: STEVE ORLANDO
Art By: BRIAN CHING
Price: $2.99
Released: MONTHLY 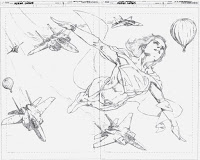 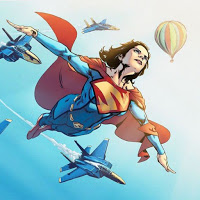 WONDER WOMAN REBIRTH #1 (JUNE 8th)
WONDER WOMAN #1 (JUNE 22nd)
Plot: The title will tell two concurrent stories with Sharp on the art for the odd numbered issues that will tell a story in the present day DCU, while Scott will do the art on the even numbered issues which will tell a “Year One” story and the two stories will be connected.
Written By: GREG RUCKA
Art By: LIAM SHARP, NICOLA SCOTT
Price: $2.99
Released: BI-MONTHLY 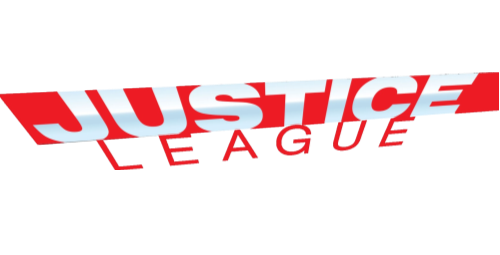 Next up was the Justice League member books: 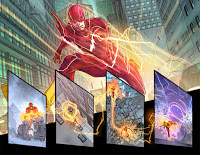 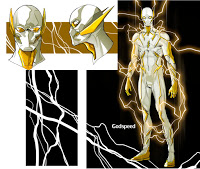 FLASH REBIRTH #1 (JUNE 8th)
FLASH #1 (JUNE 22nd)
Plot: A Speed Force storm appears above the city striking people giving them speed powers. Barry decides he has to teach these new speedsters how to use these powers, some don’t want them, others do, and some use them for good while some for bad, and one for murder and decides to call himself Godspeed.
Written By: JOSHUA WILLAIMSON
Art By: CARMINE DI GIANDOMENICO, & NEIL GOOGE
Price: $2.99
Released: BI-MONTHLY

CYBORG REBIRTH #1 (AUGUST 3rd)
CYBORG #1 (AUGUST 17th)
Plot: Will explore the Singularity a point when man and machine are integrated into one as is Victor Stone now, and he must explore if he more machine than man, or more man than machine?
Written By: JOHN SEMPER
Art By: WILL CONRAD, & PAUL PELLETIER
Price: $2.99
Released: BI-MONTHLY

AQUAMAN REBIRTH #1 (JUNE 8th)
AQUAMAN #1 (JUNE 22nd)
Plot: Aquaman wants to unite his worlds by making Atlantis a nation of the world, and no longer a hidden secret. This decision has both sides Atlantis and the surface world against it.
Written By: DAN ABNETT & BRAD WALKER
Art By: BRAD WALKER, JESUS MERINO, PHIL BRIONES
Price: $2.99
Released: BI-MONTHLY

They also announced that in Justice League #50 the question that Batman asked the Mobius Chair when he first set on it “What is the Joker’s real name?” will be answered!

They then went into the rest of the books:

TITANS REBIRTH #1 (JUNE 15th)
TITANS #1 (JULY 27th)
Plot: No details were released about this title except that Titans Hunt will lead into DC Universe Rebirth 80-Page Special and that will lead into the new Titans series.
Written By: DAN ABNETT
Art By: BRETT BOOTH
Price: $2.99
Released: MONTHLY 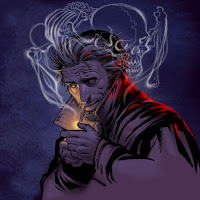 JUSTICE LEAGUE OF AMERICA #1 (SEPTEMBER 14th)
Plot: No details were revealed about this title.
Written By: TBD
Art By: TBD
Price: $2.99
Released: BI-MONTHLY

As I said before they bookend the event with the DC Universe Rebirth 80-Page Special and in closing they shared the first 5 penciled pages of the book!