Hi world, my name’s Mimi Schweid and I’ve been gone due to my academic career. Now I’m back to do some reviews for Revival #38, Captain America Sam Wilson #7, Daredevil #5, Doctor Who 11th Doctor Year 2 #7 and Santana Hollow #1! I hope you enjoy them!
Revival #38 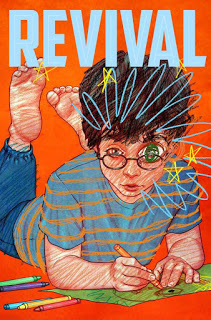 Kat’s been helping me get into A LOT of comics. One of them was Revival, I read the first few issues and loved it but it was long before I started doing reviews. It’s also one of those amazing series that I need to binge read so I’ve been working my way on either buying the trades, or borrowing Kat’s. I haven’t been able to do either in awhile, I honestly think I’ve only read the first five or so but Kat’s been able to fill me in one some key plot points. This issue also did that in adorable COOPER COMIC ways. So go Revival team for making me be able to enjoy this awesome issue and not feel 100% lost while reading! I’m very excited to pick back up this series ASAP and highly recommend reading this comic/series!
What I liked most:  Cooper’s Comics! That’s so adorable!
What I disliked most:  POOR JORDAN, I’M WORRIED ABOUT THIS KID.
Favorite Quote:  ”She’s uh, more like a vigilante, right? She’s a hero who doesn’t play by the rules. Yeah, like a Batman or a Punisher. Those guys always have the best comics anyway right?”
Rating: 4.5 out of 5 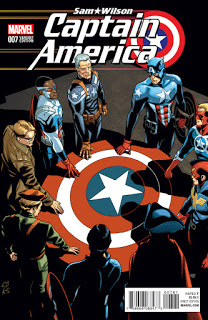 So, this was one of those cool issues that was celebrating 75 years of Captain America and some of it’s awesome artists. It was a fun comic that I wouldn’t mind owning a physical copy of. I’ve said it with every Captain America Sam Wilson review that I’ve done but, man do I love Sam as Captain America. It’s just so easy to see him as Cap and I love all of the layers he brings into the role of Captain America. My other favorite thing is how Bucky and Sam got to bond over holding the Captain America mantel and the pressure it puts on you. It was nice to see them have the bonding moment and I really hope it somehow happens in Civil War or just in a future MCU movie.
What I liked most:  The fact it was a 75 year anniversary/bonus issue thing!
What I disliked most: I kind of really wanted a Captain America Bucky issue but it was still pretty freaking awesome.
Favorite Quote:  ”Or we could meditate.”
”Yeah, I love meditating!”
Rating: 5  out of 5 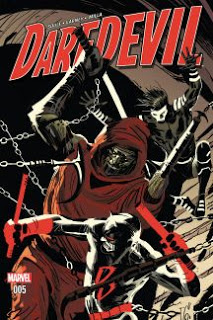 So I’m still on my huge Daredevil obsession thanks to season 2. Though to be honest, I’ve been on a Daredevil obsession since season 1 premiered last year. God, the show was amazing and I loved that I got to see the Hand play apart of DD season 2. The Hand is still just as crazy in the comics as they are in the show.
Well, Matt was back at it again fighting the Hand and the crazy man in red you see on the cover whose name I won’t reveal for plot twist reasons. This was a good issue, strong, set up well in it’s own way for future issues but I’m worried it’ll drag out? I’m still adjusting to arch’s only being 5 issues.

What I liked most: Blindspot’s Twitter skills.
What I disliked most: I’m worried about how this will play out for future issues. It just ended so easily.
Favorite Quote:  ‘‘No, this job doesn’t end. That’s the best thing about it.”
Rating:  5 out of 5 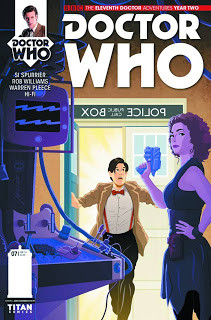 I will always miss 11 and River so the fact I got them together again, AND with 11’s comic companion made me really happy.
Every group of friends/people has one trigger happy person and this series current trigger happy person is still Daak, the man with a secret soft spot. He’s still entertaining to me, especially with lines like  ‘‘Can I murder things now?”


This was a fun issue, felt a bit like a pretty filler but over all was still an enjoyable issue. It was worth reading, not 100% worth buying in my opinion but still a good one to read in a store or borrow from a friend.


What I liked most:  All of Daak’s little comments throughout the issue about murder. Or the security system making me think of Hitchhiker’s Guide to the Galaxy’s Marvin.
What I disliked most: Sadly it was River.
Favorite Quote:  Mind the tweed!
Rating: 3.5  out of 5 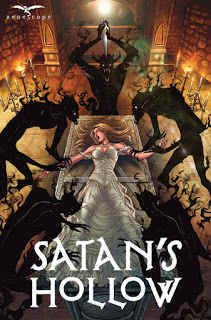 I get what this comic wanted to be, what it wanted to do and I think what it hopes to be as well but it fell flat to me. It also doesn’t help that I’m also reading the Black Magick comic that does magick really well, so anything in comparison that’s a ‘new’ comic series has a pretty high bar in my head. It made me also think Dark Objects by Gillian Flynn, which isn’t a bad thing but I wasn’t really all that invested in the characters or the world that they are apart of when it comes to this comic. I was invested in Dark Objects, here, I didn’t care for a single character.

What I liked most:  The demon shadows.
What I disliked most: Predictable.
Favorite Quote:  I couldn’t find one.
Rating: 2.5  out of 5


My rankings for the week: