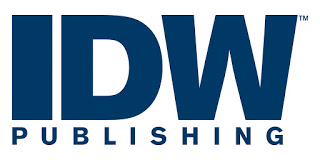 Before the End of the “IDW Publishing: The Big Panel” Saturday afternoon at Emerald City Comic con, IDW Publishing released a huge teaser titled “Revolution,” starting on May 2nd. 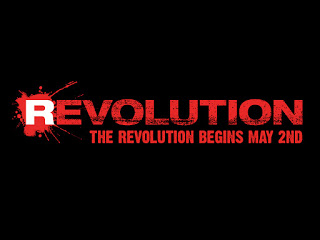 No details were revealed or discussed. Could this be another title crossover like “Deviations” or “Infestation”? Alternatively, could it be a new serie;, could this be a “Just Cause” or “Homefront” comic? Both of those games involve a revolution, and if so, this would be a major new addition to IDW Publishing. I guess we’ll find out in less than a month.

Infestation 1 and Infestation 2 both took place when zombies from “Robots Vs Zombie” book crossed over (Dimension hopping) with several titles such as “Teenage Mutant Ninja Turtles”, “G.I. Joe”, “Ghostbusters”, “Star Trek”, and “Transformers”. Deviations, which just finished last month, was a “what if” series that took place in certain titles where events were changed and the exploration of what happened next.

Infestation 1 was the first ever major IDW crossover Event in 2011. Infestation was pretty successful and a really great read, highly recommended for fans of the titles involved. Following the success of the first Infestation, IDW a year later made Infestation 2, which in my opinion didn’t feel as impactful as the first one, being a sequel of the previous event. Deviations was a fun set of one shots that showed a title where a major event went a different way (Ex: in Transformers if Optimus Prime lived instead of died). While not a crossover event, Deviations is still considered an IDW event.

Homefront and Just Cause are 2 games based off of a revolution. Homefront is a video game based in the year 2027 where a United Korea has taken over the United States and you are part of the resistance trying to once again free America from Korean control. In Just Cause 3 (being the most recent), you play as Rico Rodriguez fighting along side a resistance to liberate Medici, a fictional Mediterranean island. Neither game has a comic series as of yet. Just Cause 3 has been out for quite some time already, but Homefront is set to release in late 2016. so more than likely out of these two games it will be Homefront if this is, in fact, a game based comic and not an event.

What are your thoughts? Let us know in the comments here what you think of IDW Publishing: Revolution, check out Dark Avenger C86, and don’t forget to follow us on Twitter for the latest Previews, Reviews, News and Interviews!