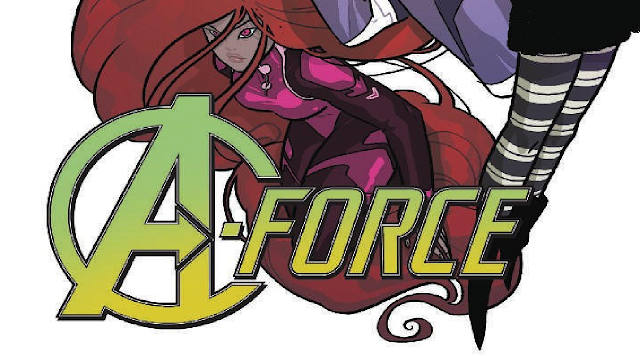 A-Force is back with a brand new story arc and they’re bringing a brand new creative team along for the ride!  Marvel  has shared with Comic Frontline a first look at A-FORCE #5 – the first chapter of Rage, Rage Against The Dying of the Light! Fan-favorite creators Kelly Thompson and Ben Caldwell join forces to bring you the next chapter of Marvel’s mightiest women! 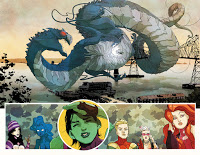 The battle with Antimatter may be over but A-Force is just getting started. When a massive dragon attacks a small coastal town – She-Hulk, Captain Marvel , Medusa, Dazzler, Nico Minoru and new member Singularity spring into action! But this giant beast is more than she seems and she’s got her sights set squarely on A-Force! Oh – did we mention one of the team is keeping a secret? One that might tear A-Force apart? Now is the perfect time to jump on board the smash hit series that is a force to be reckoned with! Be there as Thompson and Caldwell take the reins when A-FORCE #5 comes to comic shops and digital devices this May!
A-FORCE #5 (MAR160757)
Written By: KELLY THOMPSON
Art & Cover By: BEN CALDWELL
Variant Cover By: KRIS ANKA (MAR160758)
Story Thus Far Variant By: MEGHAN HETRICK (MAR160759)
Classic Variant By: COLEEN DORAN (MAR160760)
FOC – 04/11/16, On-Sale – 05/27/15
To find a comic shop near you, visit Comic Shop Locator or call 1-888-comicbook.
For comics anytime, anywhere check out Marvel Comic Store and Marvel Mobile
Follow & Like On Twitter, Facebook, Google +, YouTube, Pintrest, & Tumblr