The Kickstarter being showcased this time is for Lonesomes #1, which features loneliness combined with the “collectible monster genre”. So if you’re a fan of Pokemon, Digimon or Monster Rancher, you may have just found the beginnings of a new comic book series to enjoy!

The series is about mystical creatures called Lonesomes who are drawn to a person’s unique loneliness. This story in particular focuses on a lonely boy named Tom whose Lonesome appears to him for the first time.

Ryan Little is the writer of the series. His stories have appeared in the anthologies Alterna Press’ Steam Punk Originals, Santa’s Favorite Tales: Holiday Comics for Grown-up Kids and Death Saves: Fallen Heroes of the Kitchen Table.

Eder Messias did the artwork for the series. He is a Brazillian artist whose first work was the 250 page graphic novel Assassin and Son. He has also drawn Family Secret and five editions of Eon Quest for Space Goat Agency.

Fahriza Kamaputra is the colorist. He has worked on numerous titles including Stellar Labs’ Boston Metaphysical Society, Image Comics’ Mind the Gap, DC Comics’ Batman Superman Annual and Deathstroke as well as Top Cow Productions’ Witchblade. He also did work on a comic book previously feature on Kickstart the Week, Time Stop #1.

The first issue of Lonesomes will be funded if at least $2,000 is raised by May 26, 2016 at 11:06 AM EDT. The book has already been completed, the cost is simply for having the book physically printed by RA Comics Direct.

Rewards range from a $1 Thank You to rewards for over $200 or more. For $5 you can get a PDF of the first issue and for $8 a hard copy. You can pledge money to their Kickstarter here.

I interviewed the writer of the series, Ryan Little:

Me: What is it you like about the collectible monster genre?

Ryan Little: I absolutely love the collectible monster genre, but the reason why may surprise people. Pokemon celebrated its 20th anniversary this year. It’s a global power house brand that most people probably think they understand. What I love about it, however, is something people may not recognize about the genre.

Sure the collectible nature is fun, but what I think makes the genre so endearing is the relationship the monsters always have with the kids they interact with. No matter which show it is, the monsters are friends who treat their partners with unconditional positive regard. I think that’s what we love about them. The little monsters are loyal companions through thick and thin. It’s that relationship that I love and that’s what really inspired me to write this comic.

Me: If you had to pick your favorite monster collectible show (Pokemon, Digimon, Monster Rancher, etc.), which one would it be and why?

Little: This is tough, but I’ll have to say Pokemon over Digimon. The easy reason is because I think there are more good episodes/volumes/ games in the brand, though I’m really a huge fan of both. I think Digimon experimented with some really interesting things, especially considering it was ten years before digital life became so prevalent in our lives. That said, Pokemon is still the genre establishing standard everything riffs off of, so I’ll have to say Pokemon takes the cake. 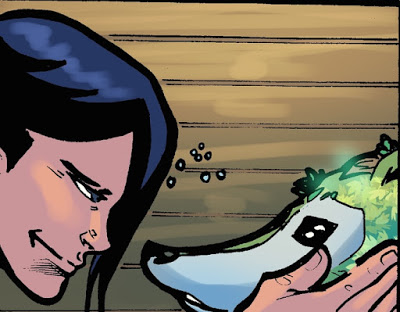 Me: If you could be any Pokemon, which Pokemon would you be and why?

Little: Super hard choice. I guess the responsible thing would be to say Celebi, that way I could time travel. If we’re being honest, however, I think I’d say Mewtwo. I think he’s just such an iconic design and after reading some of the background material, he’s just a great character.

Me: If you had to pick your favorite collectible monster of all time, who would it be and why did you choose them?

Little: I’d have to say Omnimon from the Digimon movie for a couple reasons. First off, he’s just an incredible and invocative character design. I also love the fact that not only is he a crescendo of a major fight scene, but also the perfect introduction to this massive section of unexplored lore. Best of all, he’s the physical manifestation of the relationship between two kids and their monster companions. He’s everything that’s great about collectible monsters AND he has a sword. 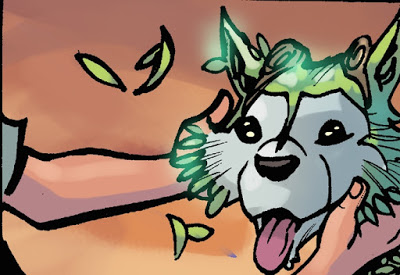 Me: Why do you think it is important to do a story exploring the concept of loneliness? What are you hoping to achieve with the series?

Little: I spent several of my formative summers in college teaching grades K through 3 in an inner city school. It was fascinating to be on the other side of the desk and see what we prepare kids for in life.

I never felt like we really taught them how to face loneliness. We simply said “try and feel more included” or “don’t feel like that”. But what happens what that emotion isn’t their choice?

I think loneliness is one of the most universal feelings in the human experience. It only makes sense that we really dig into it. My goal is to help readers look at their loneliness and find a way to carry it in stride. 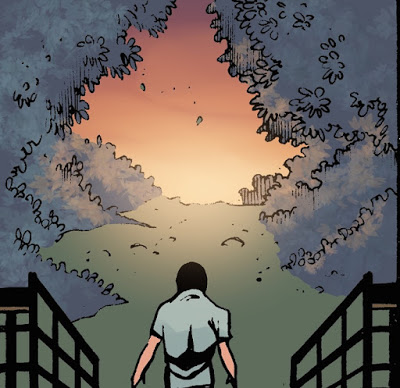 Me: What advice would you give to people who are struggling with loneliness?

Little: Don’t give up. There’s a whole glorious world out there waiting for you to explore it. I can’t say loneliness will ever go away. It’s the one thing you’ll always have is you, which can be a real double edged sword sometimes, but even if you can’t completely make the feeling go away, you can pick it up and carry it with you as you continue on.

Me: How many issues are planned for the series and can give you us some hints about what is in store for future issues?

Little: The first volume is set to be five issues, all of which are already written. I don’t want to give away too much, but so far we’ve only seen the tip of the iceberg. Tom is a lonely kid who found a lonesome. He’s hurt and just wants a friend in the world. There are other kinds of loneliness felt by an array of both good and bad people that will attract all sorts of lonesomes. We’ll also approach the nature of these creatures and their origins.

Me: How did you meet and decide to work with artist Eder Messias and colorist Fahriza Kamaputra?

Little: I’ve been publishing shorts in the anthology world for the last two years, which is how I got my introduction to the legion of creators trying to break in. I met Eder and Fahriza on a website for writers to find artists. I posted an ad explaining the gist of the book (Pokemon meets I Kill Giants) and they were both interested. The best part, though, was that after reading the script, they knew EXACTLY where I was coming from. The three of us all live in different countries. We’re all even on different continents! The themes of the book, however, are universal and creativity transcends all the barriers the three of us might have had meeting in normal circumstances. Once I saw how they were engaging the material, I knew they were right for the job.

Me: How would you describe the art style of the book?

Little: Eder’s art would traditionally be called “manga style” as it has a clear anime/manga feel, but I think that’s a pretty simplistic way to look at it. This book only works because the characters he draws can emote. And they emote HARD. The style is full of life, which is why readers may be surprised how much they find themselves empathizing with the events.

Me: What are some words of advice you have for aspiring comic book writers?

Little: Take the leap. Make something. I can promise you that if you do, your new favorite comic will always be the one you’re working on. There’s just nothing else like seeing a random thought you had at four in the morning be flushed out into a real comic. We all have that power. All you have to do is be brave enough to act on it.

Me: Thank you for your time Ryan! If you’re interested in exploring another addition to the monster collectible genre, check out the Kickstarter for Lonesomes #1. 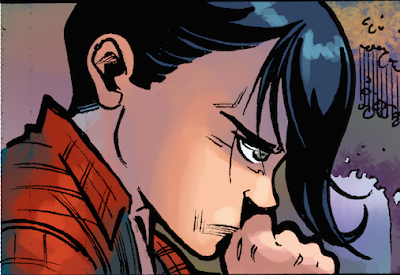