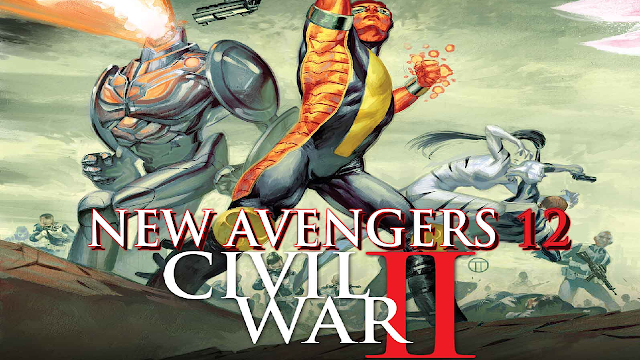 Super spies take on super science this June as Civil War II comes to Sunspot and his team! Only some wars are less civil than others.  Marvel  has shared with Comic Frontline a first look at NEW AVENGERS #12 – a tie-in to Civil War II! Writer Al Ewing and artist Paco Medina are here to unleash the sky-hi spy-fi on the  Marvel  Universe.

But as Civil War II rages, who’s paying attention to W.H.I.S.P.E.R. and their sinister leader, the Maker? He and his New Revengers are out to put down the New Avengers once and for all – unless S.H.I.E.L.D. does it first! The all-out action kicks off this June in NEW AVENGERS #12!