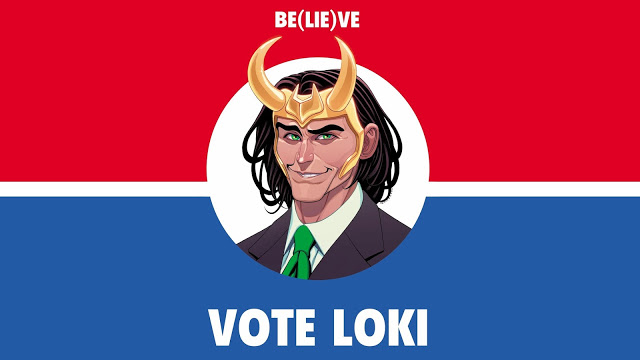 Be(LIE)ve In a Brighter Marvel Universe in VOTE LOKI #1!

God, trickster, brother, liar, son, villain, even hero. Loki wears many faces. But now he’s aiming to wear one more – President of the United States of America! Yes, True Believer, your eyes do not deceive you! Though Loki might! The Asgardian charlatan is hitting the campaign trail this June in the highly anticipated VOTE LOKI #1 – coming at you from critically acclaimed creators Christopher Hastings and Langdon Foss!

The God of Lies has his sights set on becoming the leader of the free world. But is it just another scheme? Only time will tell. But with his silver tongue and his million dollar smile winning over the hearts of the Marvel Universe – he may end up laughing all the way to the White House! This election sure just got a whole lot more interesting. One thing is certain – a vote for Loki is a vote for truth. We promise. Don’t miss VOTE LOKI #1 – available in print and digitally this June!