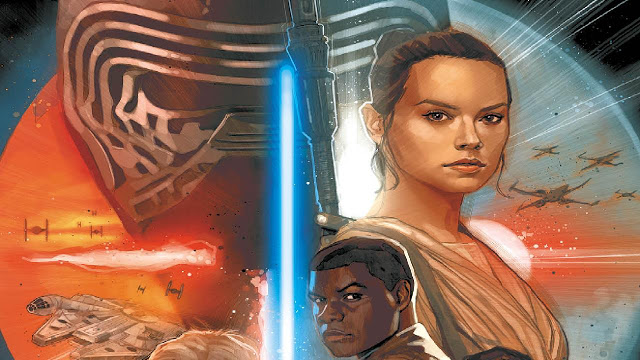 STAR WARS: THE FORCE AWAKENS #1 Brings the
Blockbuster Film to Comics This June!

The movie that took the world by storm is jumping from the silver screen to the comic page this June! Straight from a galaxy far, far away to the comic book page,  Marvel  is proud to bring you STAR WARS: THE FORCE AWAKENS ADAPTATION #1 – the first chapter in an epic 6-issue limited series! From creators Chuck Wendig (Star Wars: Aftermath) and Luke Ross (Hercules) – it’s been decades since the Rebel Alliance destroyed toppled the Galactic Empire.

But now, on the remote planet of Jakku, there’s been a stirring in the Force. A young scavenger named Rey, a deserting Stormtrooper named Finn, an ace pilot named Poe, and a dark apprentice named Kylo Ren. Their lives are about to collide. The awakening is happening at your local comic shop this June with STAR WARS: THE FORCE AWAKENS ADAPTATION #1!