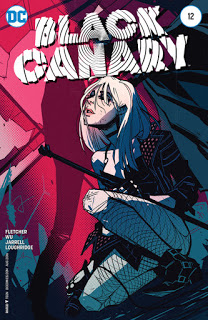 It’s easy to say that this issue was a bit of a love letter to the fans as well as a full circle growth for Dinah. Kind of.

This series existed in it’s own little bubble with Dinah being in a band that Bab’s got to tease her about in Batgirl during crossovers which I loved but as a whole, it’s not like the Marvel Pleasant Hill plot that has affected other comics. Or the Spider-Woman event either. Now I get why it wouldn’t, this series just didn’t fit into any of the other DC Comics from the past year. I’m not saying it should’ve, I’m just saying what I feel about it now that I’ve read all 12 issues. This has been an interesting comic with it’s ups and downs but over all, I did enjoy it. I’m happy it was one of the comics I gave money to every month


”Who is D.D.? A singer. A daughter. A wife. A friend. A fighter. All individual tones of a complex chord. Each tone made stronger by those ringing with it. Made stronger still by those against it. That’s the power that fuels voice of Dinah Drake Lance. That’s the sound of Black Canary.” 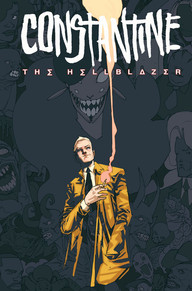 Okay, caps lock off. Constantine the Hellblazer issue 13 ended one of the first series that wasn’t a mini-series that I’ve read from start to finish that wasn’t a trade. I’m just so happy and sad. I’m happy because DAMN it was good, it gave me everything I wanted and set up nicely for DC Rebirth John, and sad because my favorite team since John Constantine the Hellblazer City of Demons is over.

This issue wrapped up John’s time in New York city, his relationship with Oliver (RIP BABY) and left John going off on his own after some snark with Papa Midnite.


”The best con is the one that ends with the most parties satisfied and at least one party well and truly bollocksed.” 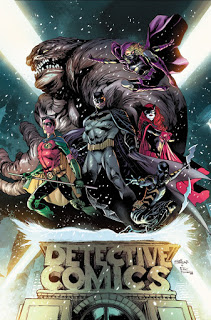 So, my boy Tynion who was with Ming for Constantine the Hellblazer is apart of Detective Comics now for Batman and I’m just really happy okay?

This was a basic Point A to Point B comic with Batman and Kate Kane going off getting Spoiler, Red Robin, Cassandra Cain and Clay Face for the new Batfamily Team. It’s a nice group and it was visually a very stunning issue. I’m very curious to see where it will go and it’s twice monthly! Yay and nay because crap now I have to buy you two times a month.

I’m ecstatic over the fact Kate is being treated or more so demanding that her cousin treat her with respect and like a partner, not a student. YOU GO GIRL!

Favorite scene has to be this one with Tim and Stephanie:

”With your background, you understand how to work as a unit. You are, frankly, better suited to the task than I am. And I can trust you with the job. Because, we’re family, Kate.” 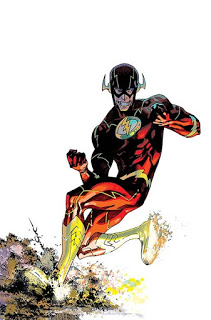 Start with the feels why don’t you Flash team?!

Anyways, the DC Rebirth staring Wally from last month set up the Rebirth concept of everyone’s lives being all kinds of wrong. Relationships have been switched up, couples are now friends or don’t even know each other now (Iris and Barry are just friends, Wally’s wife doesn’t remember him, Ollie & Dinah just really got to meet in Green Arrow Rebirth #1) etc. This comic gave us a kind of book end of sorts for Wally and Barry’s story lines from the DC Rebirth #1 and well, this Rebirth story. I appreciated that we got to see it all come full circle and establish Barry and Bruce working together to figure out WHAT THE HELL THE WATCHMAN ARE DOING?!

This is one of those specials to set us up for the next Flash comic, The Flash #1 Lightning Strikes Twice as well as Wally’s story in Titan’s.


As of now, I am enjoying Rebirth but I don’t know for how long I will be a pleasantly surprised reader. They’ve set the stakes pretty high, I hope it doesn’t end so easily.

A part of me wants to make a joke to lighten the mood, but Superman once told me there is no laughing in the Batcave. 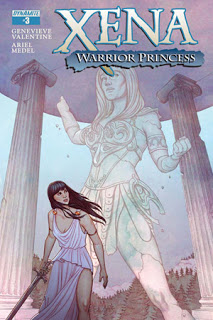 Oh Xena, how I can’t wait for the reboot show. This series is getting me so pumped and so nostalgic for when I was a kid watching Lucy Lawless and Renee O’ Conner being badass lady lovers kicking ass and taking names all while looking FANTASTIC 25/7. Anyways, enough about me being a kid watching Xena.

This issue involved Xena, Gabrielle and some of the Harpies going off to find and capture one of the General’s they need from last months issue. It was going pretty well, kind of before it all went to shit.

The exit of the casino went as smoothly as one could when it involves Xena and Gabrielle having to leave ASAP (meaning they kicked some guards asses and jumped out a window before Ares revealed himself) and joined them on the return journey back to the Harpies camp where low in behold, my new girls are gone and now next month’s issue is going to involve Xena, Gabrielle, Ares, Meryem, Anthousa, Rathayar and Basira are off to go kick some Roman ass.

”Oh, General, I bet like I have nothing to lose.” 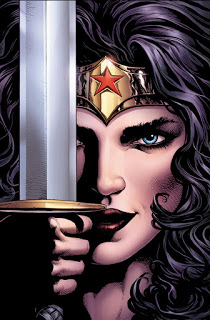 1st off, props to the Wonder Woman Rebirth team, the art was SO GOOD and I loved how STRONG Dinah’s voice was.

I’M JUST SO HAPPY THAT SHE’S AWARE THAT SOMETHING IS WRONG, I’m not saying Barry didn’t notice, or Bruce didn’t know, everyone is ”noticing” but the way Dinah is, gah, I’m just so happy and can’t wait to see if she’ll be the first person of the DC Rebirth gang to realize next to Wally that someone has fucking things up and will find out why. COME ON JUST THINK OF THE FIGHT SCENE THAT WILL TAKE PLACE, IT IS GOING TO BE GLORIOUS!

If you can’t tell, I LOVED this issue and am really happy with what it is leading up to. Bravo Wonder Woman team, keep up the kick ass work!

”I have been called so many things, by so many people. Some flatter. Many insult. Few are accurate.” 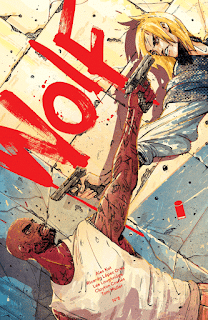 1) Apparently next month is the last of Wolf?! At least that’s what I got from Image’s Wolf series page.

2) I applaud the team for making issues five through 9 (at least of my knowledge for issue 9) be a beautifully done time skip. The team’s made the art change work really well and it makes me happy I get to buy it in my pull list now.

Wolf is one of those series that I’ve been recommending to people since it started and became a trade paper back for issues one through four but I HATE waiting for it. Mind you it is always worth the wait but it’s not like the majority of my comics that are out every month just sometimes at different times of the month. Wolf is so scattered I thought it was canceled after the trade came out. Nevertheless, Wolf is worth every penny people. The characters are fantastic and the art can and will leave you breathless.


”It’s time for Mr. Law-chtonic! He’s an Armenian lawyer with a strangely uncertain degree and deep links to the Kardashians!”

”Girl’s a doer. Not a dontier. Dig the attitude.” 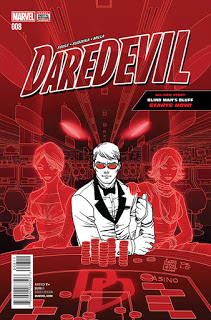 Damn Matt, back at it again being sassy and PLAYING POKER?! I loved this issue because hello, SPIDER-MAN! When we got a brief panel of Matt fighting some goons asking about Black Cat I just KNEW something had to come from it and damn did I get something good.

The past two months have briefly touched on Matt and Elektra and the months prior to that have been Matt and Blindspot fighting off the Hand. I’m all for ninjas and romance drama when it comes to Daredevil comics. Also claps for the writers for mentioning Foggy and Kirsten!

For the past eight months I’ve been left happy with each issue of this current Daredevil series. I’ve been happy I’ve purchased this series and read it instantly instead of letting it pile up. This Daredevil team is just so great together, the art works so well and it does a great job at balancing Matt’s lawyer life style and crime fighting life as well. Claps again because I can’t wait for next month!


” These cards I’m holding? Absolutely no idea what they are.” 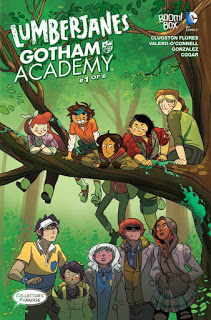 This isn’t for me and I’m really sad because I was pretty excited for this. The art style is not at all for me. I just, I guess I should have read some Lumber-Jane comics prior to this cross-over so I’d appreciate it more? Either way, I wasn’t really into this comic. I guess the art style is just really what’s killing it for me right now. The writing was enjoyable but like I said, I’m just not used to it. Maybe I’ll enjoy it more next month for the sake of keeping up with Gotham Academy?
Nevertheless, if you like Lumber Janes you will probably like this comic way more than me, if you like just Gotham Academy like me, you might have the same feelings I have. I am curious to see where it goes but I don’t know if I’m exactly curious enough to read the next five issues.

”I have an allergy to British snacks with stupid names.”

My Rankings for the Week