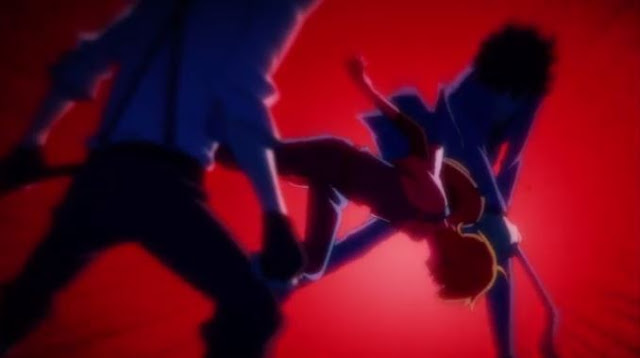 OK, I’m not going to lie to you guys. This episode wasn’t very good. The show went from giving me my favorite episode of all time, to the most boring one thus far. Despite that, I will try to do my best to tell you about it though and being entertaining though despite that! So let’s get into Bungou Stray Dogs Episode 11!

The good news is that the Detective Agency has taken a huge shine to Kyouka. They adored before they even knew she would become a permanent resident at the detective agency.  It was really cute and I’m glad they accepted her so quickly! Granted I’m not sure where they got that maid outfit exactly but it was a bonding experience for the agency as slightly awkward as it is. Deppo still seems to be keeping his distance to a degree, though. Even he’s softened which is cute too.

Even Fukuzawa liked him. I’m telling you guys the dude is just a stern grandpa. He even said he would “Take her in!” The detective agency really is like a big adoption agency to a degree. Making an X-Men AU for this somehow is incredibly tempting, but I’ll save my fanfiction silliness for another time.

Then the rest of the episode was mostly dedicated to Higuchi. For those of you who don’t remember her, I honestly had to look her name up to remember what her name was. At first, we see Higuchi in a mansion talking to a rich guy. We are also semi-introduced to a new character. We don’t know her name yet but we do know that she doesn’t like Ryuunosuke and is a psychopath killer in the making.

She might have an ability, and my theory is it’s probably teleportation since she randomly appeared on the table out of nowhere. That or she causes mental degeneration on whoever she chooses with hallucinations? I want to have a creative theory on it haha.

Anyway, the rest of the first half or so focuses on Higuchi questioning herself a bit. We get to see more of the mafia at work and how they are towards each other and naturally they aren’t very nice. Higuchi’s love for Ryuunsuke makes me kind of uncomfortable. She seems to have Stockholm Syndrome and he honestly treats her terribly.

She decides to save him from what I assume is law enforcement since he wasn’t dead, just comatose (much to my dismay) and she along with 3 other members we’ve yet to learn much about yet help her. He walked up from his coma thanks to her sempai about 500 times and pulls the tsundere. “Sorry for the trouble” thing looking away from her and all. The whole shebang.

I can see they wanted to make a segment where they showed us he was alive somehow but I don’t understand in the slightest why they decided to focus on Higuchi since she wasn’t really terribly important up until now. I also don’t like her much despite my sympathy for the position she is in. She’s powerful and all, but her personality is just very…annoying to me I guess. I don’t know how to explain it exactly.

By now of course, as I stared at the screen bored out of my mind I asked myself. “Where the hell is Dazai?” but continued on regardless hoping the next segment would be better.

The next half of the episode was the cop from another earlier episode coming back and asking for the agency’s help again. This episode finally lets us get to know Kenji better. The last agency member we haven’t learned much about yet and I am displeased to announce that he doesn’t impress me much. He is kind of a boring character and his personality can be summed up in two, very simplistic points.

1. He’s that one anime character that looks 12

2. He’s cheerful,pleasant and looks like he’s from a farm but has that secret scary person inside him.

The rest of Atsushi solving the case with him was boring. A little funny at times but mostly very boring. I honestly was only half paying attention at this point and praying that Dazai would appear and make things more fun but of course he didn’t. He was….absent until the end but we’ll get to that.

Eventually, they do find the culprit that caused the bomb to go off. I know I shouldn’t have laughed but when Kenji (or Young Mcdonald as I have named him) got smacked I completely lost it laughing. That one tiny part, in a nutshell, is how I felt about this episode as a whole. I may as well have just made this week post a gif of that.

We then see his power and it is the ability to have super strength on an empty stomach and we get to see him smack a bunch of people with a car. Lovely.

I was honestly not to terribly surprised this was his power, and normally don’t insult characters too much and I’m sorry, but this character looks like Finnian (From Black Butler) and Shizuo’s (From Durarara) clone Heck, the kid even smacked someone with a sign like Shizuo does!

Then the episode ends peacefully with Atsushi now knowing more about another one of his teammates. Deppo yelling at Atsushi over the phone was funny but other than that the ending was very overwhelming.

Naturally I was very unsatisfied and skipped to end to see what’s in store for us with the grand finale of the first season. All we get is Dazai hanging out in what I’ll assume is his house while he drinks sake, eats crab, reads a book and relaxes. He says he’ll tell the agency he got away from the mafia tomorrow. Then Bravo BROKE HIS DOOR DOWN AND SMACKED HIM WITH A SHOE FOR NOT SHOWING UP SOONER.

OK, so that was a bit of an exaggeration but isn’t Dazai a little shit? It’s why I love him but I wanted to kill him after this tranquilizer of a show. Maybe the season finale will be just him, though. I would so watch an episode just following Dazai, to be honest.

With the final episode of the 1st season up and ready I’m a bit sad. I’m really loving this show despite this slow episode and wish we could just watch the whole show as one season. Either way, though I shall see you all next week for the season finale of Bungou Stray Dogs.

I don’t know what I’ll do for the one/two weeks while we wait for the Summer Anime’s I chose to air but I’ll probably do a review of one of the Spring shows. Speaking of Summer though I actually need some help from the readers! I decided that I was going to do ep by ep analysis’s of 3 shows this Summer.

One I chose for those of you I haven’t seen was D Grey Man Hallow. However, I’m having trouble choosing two other Summer shows. I decided I’d let the readers vote on what they would like to see! My list of choices is here!

All you guys really have to do is choose two you want to see me do most and put the titles in the comments. I’ll choose whichever gets the most requested.

With that, thanks for reading and I hope you all have a good rest of the week and of course I bid you all adieu for now!