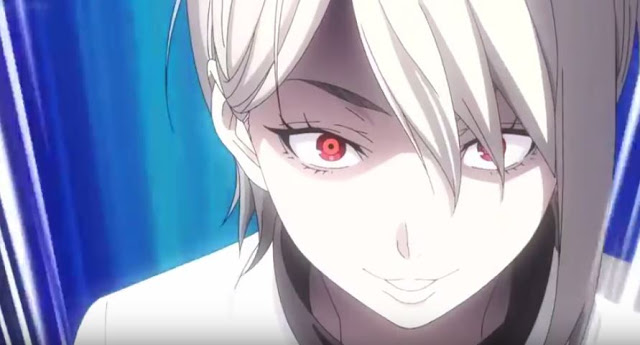 This show was apparently the most anticipated one for Summer. Personally, I disagree but a week or so ago I did manage to finish the first season of Food Wars! It isn’t my favorite show but it was a really good one and I’m very happy to see we get another season. Introductions are everything though so let’s see if it lived up to the hype in this analysis of the first episode!

The episode wastes no time getting right into the Food Wars fanfare. It goes back into the contest that we left the last season on. Soma’s task is to make a bento box that will impress the judges. We get to see Soma and Erina bicker again and this is the part where I sigh very heavily.

I don’t like Erina and I know she’s obviously Soma’s main love interest. That’s one of my gripes with this show. There are so much other cuter much nicer girls and the main guy always wants the spoiled annoying one. What exactly is likable about Erina other than her appearance? She’s pompous, a bully and even worse she’s a bully with power. I don’t get why anyone would like her and honestly hope that Soma winds up with someone else.

The animation may have actually improved a little. Maybe it’s just me but it looks even better than last time. That definitely shows when the cooking starts though I wish it were fancier like it was in the other seasons. In this match, Soma goes against Alice and of all the female characters she’s my favorite. I love whenever she does her cooking because she has some amazingly creative stuff I never expected and she actually has a really cute personality once you get to know her!

Her bento box with the sushi made me so hungry honestly! If Alice or any character in Food Wars were real I’d honestly hire them. One of the best things about this show is the way the food looks and when it comes to that, the show hasn’t lost it’s touch! The judges in this episode were really funny too. I lost it when the one that was partially bald tasted Soma’s bento, though. It was hilarious when he had that little skirt thing on or whatever it was and it was even funnier when the other judges got stuck in that food fantasy as well.

I honestly like the way Alice’s bento looked better  but I can understand why she didn’t win the contest. Soma’s bento had more warmth and focused more on being creative as opposed to obsessing over food quality. The story about the Grandma that helped inspire the whole bento thing was really sweet and I love hearing those stories about the stories when Soma was younger and working at him and his father’s restaurant. It makes him feel more like a 3-dimensional character unlike a lot of shows where the main character has a blander personality.

The part where Alice tried Soma’s bento was really sad and upsetting! It just gave me more reason to dislike Erina. Alice spent her whole childhood living in her shadow and while that was part of her inspiration to shoot so high, she deserved better than that! She’s definitely a threat to Erina and I hope she knocks him down a few pegs in the future.

I would also like to question the weirdest aspect of the show the um…reaction when they eat something delicious. Most notably the girl’s um…reactions shall we say. I know it’s an odd thing to try and pick and apart but bare with me here!

First of all how come not ALL the girls react that way when they eat really good food or only sometimes? It’s super inconsistent and also how come the boys don’t do it more? Do the ingredients in the food not work the same way on male biology? Or do the reactions not happen depending on the age of said character? Why couldn’t this show do fanservice for both genders? It would have been so much more interesting and funny that way! I mean the food reactions are awkward but hey may as well roll with it all the way, right? That and I have questions man…so many questions.

Overall this was a great episode and a great reintroducing of the series! I know this was a bit short again, but Food Wars has a lot of food babble which is difficult to commentate on. I hope I’ll be able to have a lot more to say once episode 2 comes out! Most likely I will since it is a big series being stuck into 13 episodes a lot will probably happen and I absolutely look forward to it!

I’m pretty sure I will be seeing you all again a bit later in the week for D-Grey Man. Most likely on Wednesday unless I wind up making something unanticipated! Until then though I bid all you wonderful viewers adieu and of course hope you have a Happy 4th Of July since that is also today!