Back in 2004, IDW Publishing released the three issue mini-series Aleister Arcane. This horror series about a former TV horror host shunned into isolation and seeking revenge has been optioned for a film. Horror hound Eli Roth and funny man Jim Carrey will be a large part of its adaptation to the big screen.

Aleister Arcane follows a group of kids that befriend the former Jackson, Oklahoma TV horror host Aleister Green, better known on his old show as Aleister Arcane. Their parents are the ones who forced Aleister off the air (think psychiatrist Frederick Wertham’s response to horror comics like Tales from the Crypt). To get revenge, Aleister sets a curse on the town. He regrets his actions, but death prevents him from stopping the curse. So now it’s up to the children of the people who wronged him to save the town. 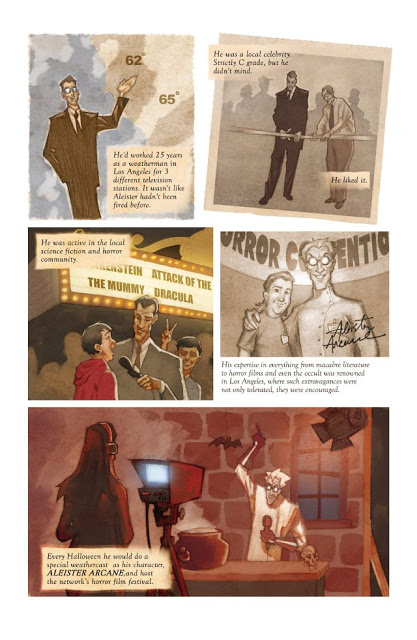 The story was written by Steve Niles (30 Days of Night, Pieces for Mom: A Tale of the Undead) and drawn by Breehn Burns (GloomCookie, Bravest Warriors). Jim Carrey (Dumb and Dumber, The Cable Guy) will be starring in the film and serving as an executive producer. Eli Roth (Hostel, Cabin Fever) will be directing the film.

The adaptation will be developed by Steven Spielberg’s Amblin Entertainment and adapted by Jon Croker (The Woman in Black 2: Angel of Death). The film is being produced by Mandeville Films’ David Hoberman and Todd Lieberman, as well as Michael Aguilar. It is also being executive produced by IDW Publishing CEO and Publisher Ted Adams and IDW Entertainment President David Ozer. 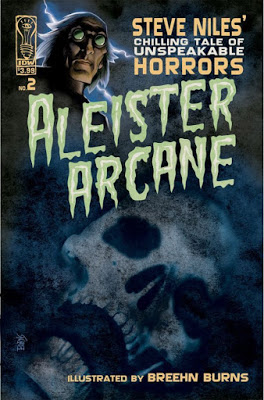 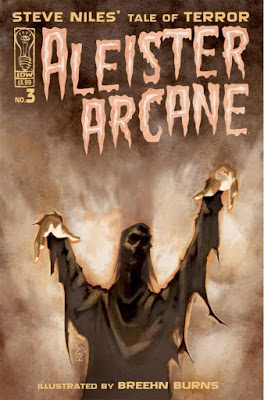 This movie sounds like it has a great plot to draw from. It has a pretty great horror pedigree too, what with Steve Niles writing the original comic book story and Eli Roth directing. Jim Carrey could also make a fantastic Aleister Arcane from his former wacky performances in the past.

Are you looking forward to Aleister Arcane? How do you feel about the creative hands it has been put into? Let me know in the comments below.