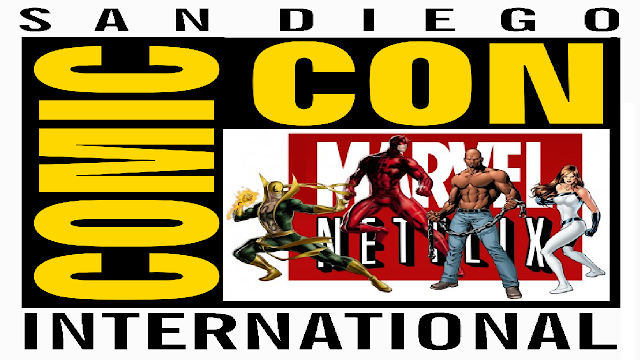 At the  Marvel  Netflix Luke Cage Panel today at San Diego Comic Con  Marvel  unveiled logos, sizzler reel, teaser trailers, and a trailer for not just Luke Cage but also for their other upcoming series including Iron Fist and The Defenders! (UPDATED: Added Comic Uno’s Overview of panel)

The first video, is a sizzler reel that shows some new footage mixed in with some new clips from Seasons 1 & 2 of Daredevil, and Season 1 of Jessica Jones. The reel also features Mike Colter as Luke Cage, handing out justice.

The next video is the proper trailer for the next  Marvel  Netflix series Luke Cage. The trailer opens with Luke debating if the role of a hero is for him. The trailer showcases the soundtrack that features “Shimmy Shimmy Ya” by Ol’ Dirty Bastard as he hands out his own brand of justice as Harlem’s hero.

Luke Cage will be available on Netflix September 30.

Next is a teaser for Iron Fist that gives us glimpses of Danny Rand‘s childhood, his arrival to the mystical city of K’un Lun, and the first look at him using the iron fist to punch through a wall.

Finally  Marvel  has been promising that like their cinematic universe, their Netflix shows (Daredevil, Jessica Jones, and Iron Fist) would all lead to the formation of a new team The Defenders. No word on when we can expect The Defenders to hit Netflix, with Daredevil Season 3, Jessica Jones Season 2, and The Punisher Season 1 all being announced, and  Marvel  and Netflix currently running two series a year. 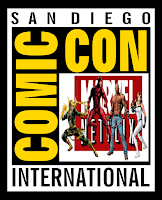 Let us know in the comments what you think of these Marvel Netflix Announcement and don’t forget to follow us on Twitter for the latest Previews, Reviews, News and Interviews!
All images images are courtesy of Marvel Entertainment