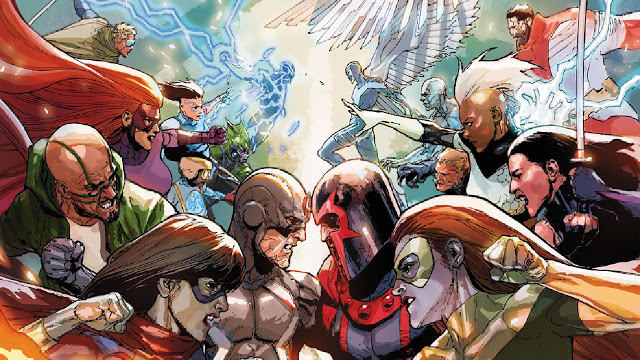 The War for Survival Begins in INHUMANS VS. X-MEN #1!

“Tensions have been rising between the X-Men and the Inhumans for a long time. Now they’ve reached the boiling point and both sides have everything to lose.  Charles, Jeff and Leinil are bringing the fireworks for a cataclysmic confrontation that answers the inevitable question: ‘Is the Marvel Universe big enough for Inhumans AND Mutants’?” 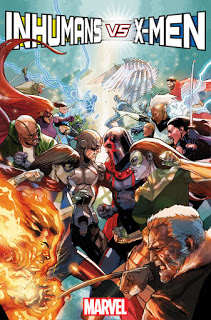 As the Terrigen Mists roll across the Earth, birthing new Inhumans and poisoning the planet’s Mutants, time has run out! Terrigen is on the verge of reaching a saturation point in the Earth’s atmosphere. The X-Men have one choice – destroy the mists, or risk the planet becoming permanently poisonous to their kind. With their backs to the wall, it’s take action now…or become extinct forever.

United together, the entire Mutant race stages a desperate final strike. There’s only one problem – the Inhumans won’t go down without a fight. And they’re calling in everyone! The Royal Family, the Nuhumans, Ms. Marvel, Quake and even Moon Girl!

It’s all on the line as these two  Marvel  mainstays go head-to-head! Only one can survive. Who will be left standing when the dust clears? It’s all been leading to this! The ultimate war for survival begins this December in INHUMANS VS. X-MEN #1!