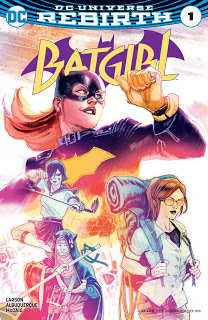 THE ART IN THIS ISSUE WAS SO PRETTY. Babs is still such an adorable and strong role model and I loved what they are doing with her back packing trips through Japan and the rest that part of the world has to offer for a backpacking journey. I loved Bab’s interaction with the Fruit Bat and I can’t wait to see how it plays out.

I’m hoping Kai isn’t a total tool and is just a hopeless idiot in over his head.

ALSO GOING TO BE SUPER SAD WHEN FRUIT BAT PROBABLY DIES TO SAVE BABS OR JUST DIES BECAUSE SHE’S FREAKING 104 YEARS OLD. 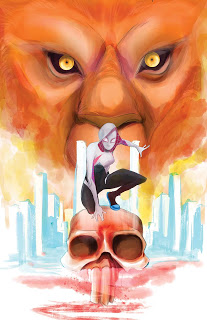 Last months issue started off a new arch for our dear Gwen’s life. She’s power-less due to things that happened during the Spider-Woman cross-over event that was really freaking epic. Both Cindy Moon and Gwen have had a lot of things happen to them (along with Jessica Drew) and now both Cindy and Gwen have been left picking up the pieces from said event.
Gwen stood up against Frank last month and in this month we saw Frank go off to an old allie who’s pretty creepy and just weird as all hell. Gwen and her dad fought some animals, actual animals, and are now left trying to figure out what exactly to do.
Gwen’s got an option, toss out the little device that makes her have her powers or toss ’em. Her dad wants her to keep on taking her power pills so that she can keep herself safe from Frank and frankly, ha, no pun intended, so do I. Frank and his creepy buddy are nothing for Gwen when she’s on her A game but right now, she’s not doing so hot. This issue was another great Spider-Gwen story and I’m happy I finally have her on my pull list!

Okay, universe, it’s a deal. The Bodega Bandits, the Koala Kommanders. All your lames. All the worst. Bring ’em on, all day. Every day. 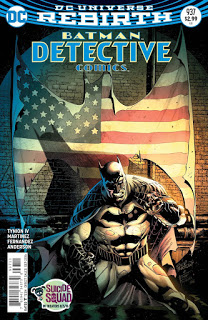 It’s been so long since I’ve read an actual Batman series and I’m really happy that this is the one I’ve gotten into. It’s more of an ensemble series so I think that’s another reason as to why I enjoy it so much. The rest of the Batfamily is just so much fun that it’s easy to lose myself in this comic. It has all of the fun spy thriller drama I enjoy even though it’s a Batman series.
I’m all for where this story line is going and can’t wait to see how the next issue plays out. I’m expecting massive fight scenes all over the issue from start to finish. Probably some well deserved death scenes possibly?

This is what happens when you give a sixteen-year-old genius who doesn’t sleep an unlimited budget. 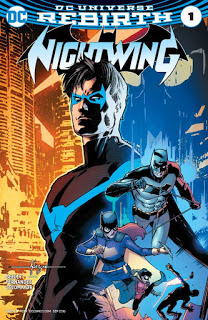 I didn’t read a single issue of Grayson until the Grayson Annual issue came out but I’m now thinking of going back and reading that beauty. This was Dick’s DC Rebirth and man did I like it. I’m all for sassy Batfamily and that’s what I got. I got Dick off on his own, trying to get help from Bruce but Bruce is being all supportive which is weird to Dick and probably everyone else that’s a casual reader like yours truly.
I’m excited to see how the whole Nightwing and Raptor ”partnership” plays out. Even though at the moment they had a scene very much like Illya and Napoleon did in The Man From U.N.C.L.E. (and a bunch of other movies but that’s beside the point). I’ll be adding this series onto my Pull List for sure! 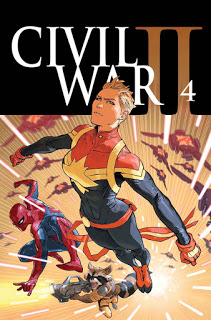 Well, well, well, things are pretty damn messy in Civil War 2 issue 4. It’s once again, another beautiful issue that I’m finding myself happy I have on my Pull List.
Jen is awake at last, which I ”saw” during Patsy last week, I’m really happy about that because woohoo, Jen!
Carol and Tony both have ‘good’ reasons for the sides they are on. I’m still not all for this Civil War 2 plot line but I’m enjoying it never the less. Everyone’s kind of losing it mentally and that makes me want to pat everyone on the back, give them some coffee and or tea and make them watch movies. But I can’t because you know, fictional characters. Nevertheless, I like where this is going and not just because my boy Clint isn’t in jail.

I have friends all over the place. 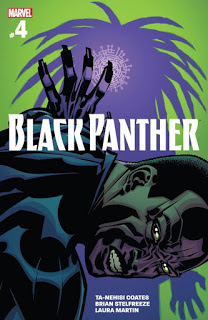 That’s a wrap for the first arch of Black Panther! We did it guys, we survived! I mean, not everyone did but oh man it was great. I’m all for T’Challa getting mad (and smart) in issue five. He’s still learning and growing as a character after all these years and that makes me a happy reader. I haven’t read the older Black Panther comics but I plan on it!
T’Challa still has a lot on his plate to deal with, mainly getting his nation to believe in and trust him again. Now he did so some of this in issues two and three but right now, he’s just not at his A game. He still has a lot of moving peaces to work with as well as against and I’m curious to see how it’ll all play out as the series continues!

And then I remembered that my destiny was not to be a woman, but to be a Queen. 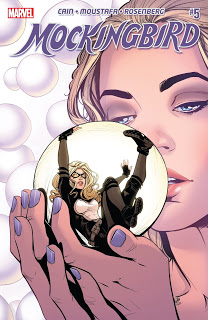 My hat continues to go off to the Mockingbird team. I’ve made a lot of coworkers at my job get into this series so it’s making my job a bit more bearable.
Bobbi is a gift to humanity and the team does her such amazing justice. They write everyone so well, it’s flawless and I’m so happy I now have the first five issues to read back to back, in different orders as many times as I want because that’s how they wrote it. The team made it truly worth the 3.99 I’ve been spending on it for the past five months of my life. It’s just so beautifully drawn and written and I know I’m repeating myself but damn it’s worth repeating.
Issue five brought us back to where it all started with issue one’s chaos of Bobbi’s ‘powers’ going off and things just getting crazy from the start. I’m going to have a lot of fun trying to peace together the time line of the past five months so bravo team for that!