The Kickstarter that blew up and has raised more than $20,000, Dollface is from the mind of Zombie Tramp creator Dan Mendoza. The new ongoing series is definitely not for kids and it will be published by Action Lab Entertainment’s mature titles imprint Action Lab: Danger Zone.

Dollface is an ongoing series about Lila, a witch’s virgin sacrifice from 17th century Salem, MA who lands in present time and is turned into a life-sized, ball-jointed, 3D printed, sex bot. Along with her cute sidekick Ivan, Lila must hunt witches. She also has to deal with M.I.T. nerds and Necronomicons.

The writer and artist of the series is Dan Mendoza (Zombie Tramp). The CEO of Action Lab Entertainment, Bryan Seaton, is the co-creator and editor of Dollface. The Kickstarter campaign is the first project being run by Bene-faction. It is the creation of marketing pro Megan Dobransky. The goal is to take the business and marketing burden away from artists and put it on Bene-faction’s shoulder. The group specializes in crowd funding campaign management, social media marketing and PR.

Learn more about the project in an interview with Dan Mendoza.

Me: What inspired the creation of Dollface?

Dan Mendoza: The inspiration for Dollface is a mix of my love for Goth and Lolita styled dresses and outfits and beautiful, cute Anime I loved growing up like Sailor Moon. My partner Bryan Seaton came to me with this idea of making a comic about a witch hunting doll that we would incorporate into the Zombie Tramp universe, like we did with Vampblade, and right away, I was like, “how about a Gothic Lolita Ball Jointed Doll?!” it was a mouthful to say but he loved the idea and Dollface was born.

Me: How would you describe Lila aka Dollface, and what are her abilities?

Mendoza: Lila is a very lovable, and kind of happy character. She is very new to this world we live in and it’s always exciting to her. She comes from a long line of Witch hunters, and it’s that family bloodline that is poison to these Witches. Lila can harness the energy of her Ki (spirit) and project it out as ammunition in her hidden gun arm to aid her in battle. This power of Ki burns witches.

Me: Her ongoing series will not be Lila’s first appearance. Where can readers see her first?

Mendoza: Lila’s first appearance will be on Halloween at Halloween Comic Fest (HCF). HFC is run by the same people that put out Free Comic Book Day (FCBD) every year but instead of July, it falls on Halloween. Most participating comics for this event have Halloween themed stories. And it’s FREE! The title for the HCF book will be Zombie Tramp vs. Dollface. It gives a nice glimpse of what fans have to expect for the upcoming ongoing series.

Me: What is her little friend Ivan like and what how does he help her?

Mendoza: Ivan is Lila’s ghost sidekick. He adds to some of the humor that will be in the book but at the same time, Ivan is Lila’s customized pit crew. He’s part Ghost and part computer/3D printer. When in battle, Ivan can customize weapons or build new parts for Lila on the spot. He’s her utility belt, if you will. 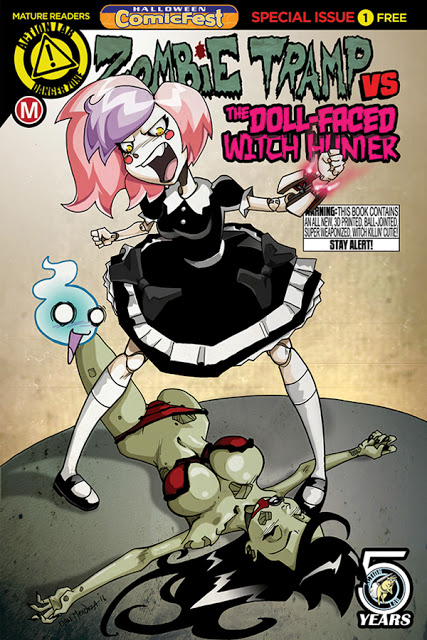 Me: How does Dollface connect to your other work, Zombie Tramp?

Mendoza: This new title will be set in the same universe as Zombie Tramp and Jason Martin’s Vampblade. So there’s potential for these characters to interact now and then. But this new series I think has a much different feel than Zombie Tramp, whereas with Zombie Tramp, you get a grind house horror sexploitation kind of character. Dollface will still be set in the horror genre, but the feel for this book will be more anime action/fantasy based.

Me: You mention this will be an ongoing series. How many arcs do you have planned so far and can you give us any hints as to what they are about?

Mendoza: Well the first arc obviously will be her origin story, but basically we’re going to start with the battle against seven witches. Lila was one of three triplets. The other two were used as virgin sacrifices. Lila would have been the third, but her soul was sucked out and placed into present time. Lila’s goal starts with hunting down these seven witches (who still live in present time) in order to free her sisters’ souls out of tortured purgatory. And that’s just the beginning. Me and Bryan have already come up with enough story arcs to last for years. Oh man! I think I said too much. Ha ha. 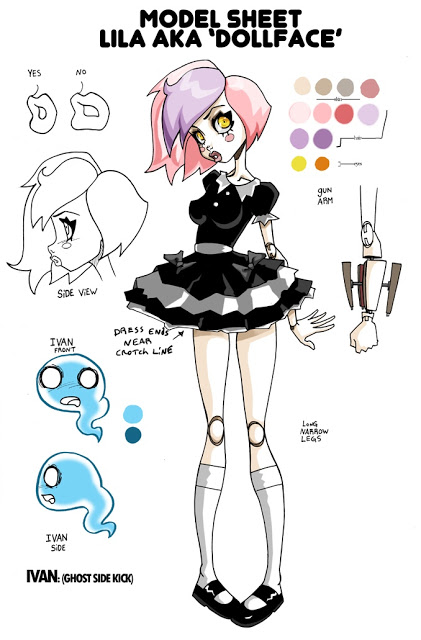 Me: What is the number one reason you think people should pledge money to Dollface?

Mendoza: Me and Bryan think that Dollface will be like no other book you’ve read. Its concept is original and we have a lot of storylines to tell. I’m amazed by all the love and support my fan base has given me towards this Kickstarter, and we hope to return that love with awesome incentives as we keep hitting the next tiers.

Me: Your Kickstarter has had some great success. Why do you think this is and what tips do you have for people interested in running a Kickstarter?

Mendoza: The success of this Kickstarter is all owed to my fans. They are amazing! As far as tips for people wanting to run a Kickstarter, I’d have to say, put together a team because it’s a lot of work to handle. I recruited the group Bene-faction to aid me in this KS and they’ve been great! Another tip is plug away on social media constantly. Like I always tell aspiring artists, it’s a big world out there, and no one knows that you exist, until you tell them you do. 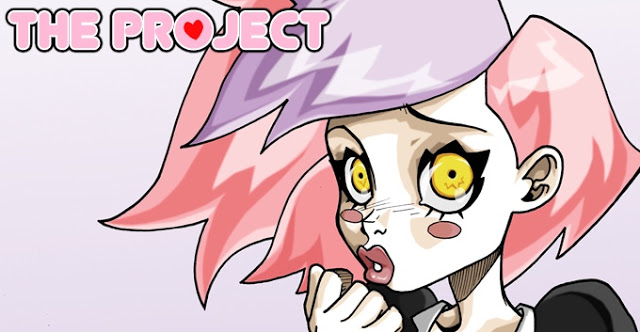 Me: On top of being a writer and artist, you have also done work in animation. What has some of your animated work been and would you say you apply these work skills to comics?

Mendoza: My animation career was pretty short. It basically ended as soon as it began. After I graduated from Calarts with a BFA in film, I started off doing commercial and animated bumpers for channels like IFC and MTV. There was a few odd jobs here and there but I quickly became aware that I didn’t want to make products for other people, I wanted to make my own product for people. This is when I went back to my first love. Comic Books. I still loved that animated series style and that good storytelling that you find in an action series, but I wanted that same feeling to appear in the books that I made. I’m always striving to accomplish that.

Mendoza: Like I said before, it’s a big world out there and there’s a lot of competition. Fans are your key to success. The problem is that they don’t know you exist. You have to make them see you. I’m a big believer in social media. It’s free advertising. I mostly stand on the artist viewpoint for this, but make a page that’s all about your work. Not pics of your meals or hanging out and partying, but a real page that’s dedicated to your work. Once you’ve made that, then constantly post and be active on that page. Answer all questions. Even if they sound dumb or it’s questions you’ve answered a hundred times. I think that is the first big to take towards that long journey of success. 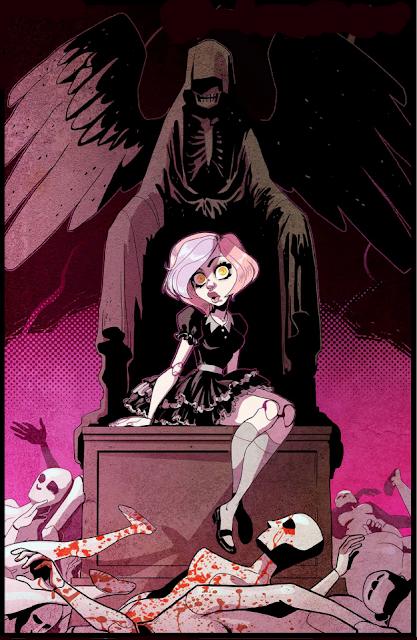 What Lies Inside: The 10th Anniversary Split Lip