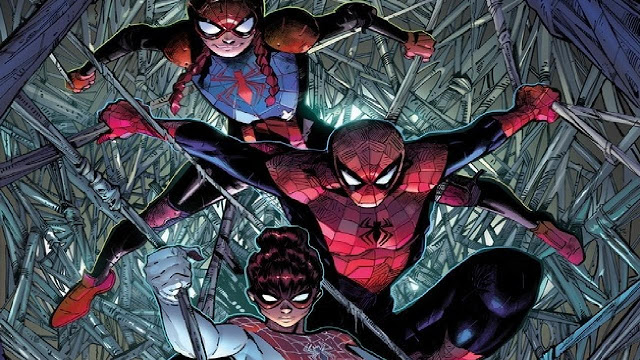 Amazing Spider-Man: Renew Your Vows was the Secret Wars series that saw Peter Parker, his wife Mary Jane and their daughter Annie-May on Battleworld. The series was super popular, especially with longtime Spider-Man fans that hated that One More Day erased the wedding of Peter and M.J. The mini-series reinstated that wedding and added in their daughter, now named Annie-May. The mini-series also introduced a villain named Regent who took out all the heroes and with it their powers except for Spider-Man. In the end with a little help from M.J. and Annie-May Peter took down Regent, freed the heroes, and finally had his happy ending. 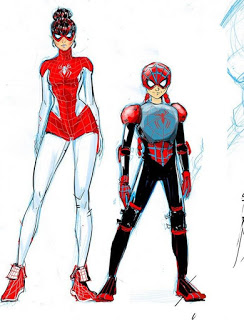 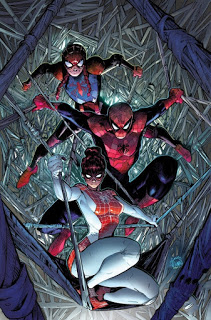 Regent made his way into the All-New, All-Different  Marvel  Universe, and in the  Marvel  NOW! Previews we saw that the Parkers will get a new ongoing series with veteran Spider-Man writer Gerry Conway and artist Ryan Stegman. Now we have the first art from that series with Ryan Stegman’s designs for Annie-May and M.J.‘s Spider-Suits.

Tune in to Frontline LIVE on Tuesday August 23, 2016 at 9:30 PM EDT and find out what the Frontline LIVE crew think about the designs and more! Post your thoughts in the LIVE Chat during the show and have them read on air!