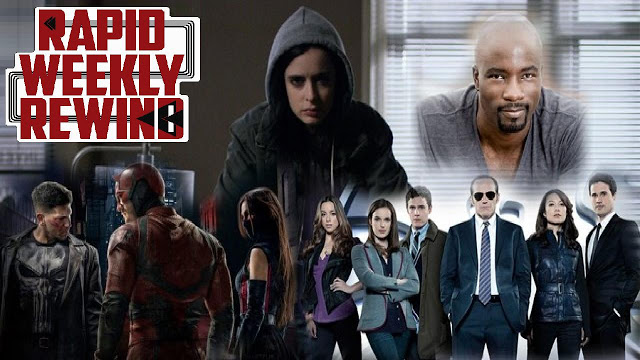 Welcome to the new Rapid Weekly Rewind! Superhero TV is expanding more and more each season I thought it would be a great idea to gather all the news and create a one stop weekly shop for it all. In addition to the news I will also do a recap of that weeks episodes of Supergirl, The Flash, Arrow, DC’s Legends of Tomorrow, Gotham, Agents of S.H.I.E.L.D.,  Marvel  Netflix, and the animated series Vixen and the new Freedom Fighters: The Ray. This first week of articles will catch you up on everything from San Diego Comic Con 2016 to this year’s Television Critics Association’s Annual Summer Press Tour, and more for  Marvel  Superhero TV! 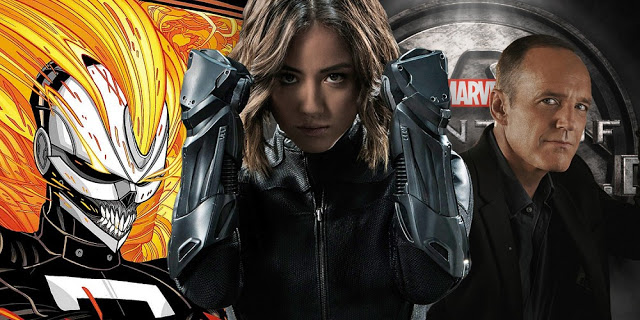 Marvel  TV (Network not Netflix) has had a hard time this past year with The proposed Marvel’s Agents of S.H.I.E.L.D. spin-off Marvel’s Most Wanted, a series that would have starred the recently blackballed Mockingbird and Hunter wasn’t given a green light and the mid-season replacement series Marvel’s Agent Carter was canceled after an under performing sophomore season. Finally  Marvel’s Agents of S.H.I.E.L.D.  had a hard time finding a top spot in the ratings. Every season the show has had ups and downs, and the latest one is its timeslot change from Tuesday nights at 9:00 PM ET to 10:00 PM ET.

Gear up. Marvel’s #AgentsofSHIELD reports for duty September 20 at a new time, 10|9c! 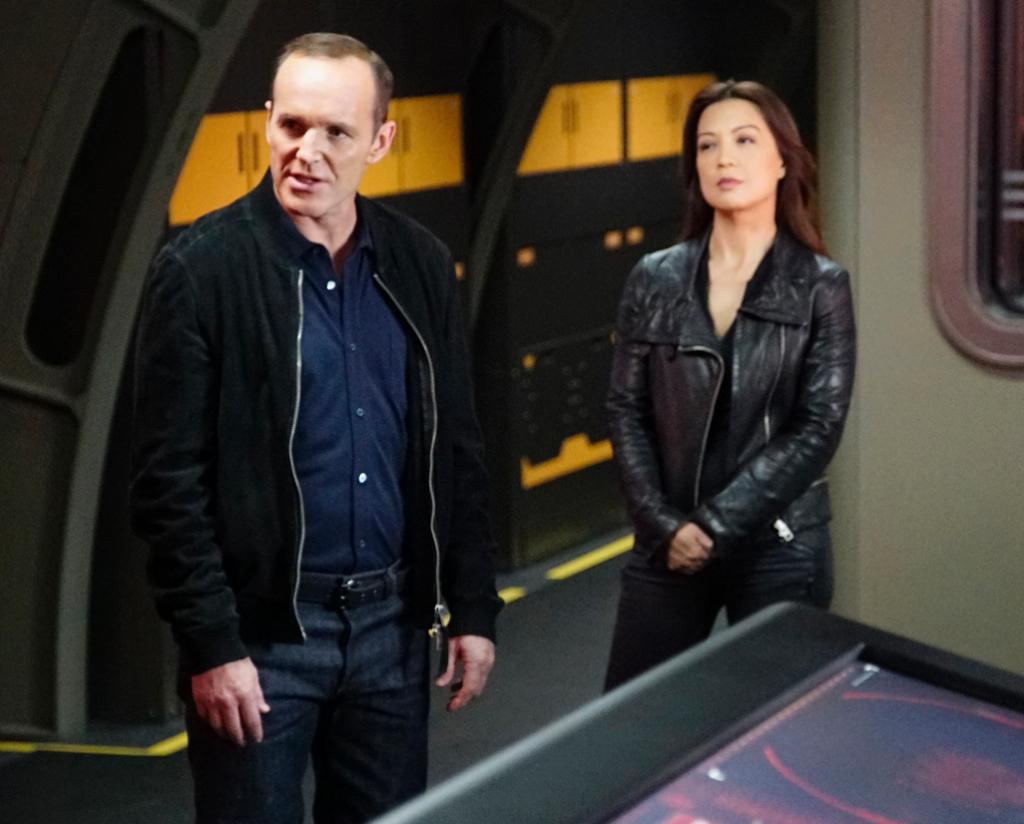 ABC Entertainment president Channing Dungey revealed that the new time will allow for some exciting changes in the 4th Season. It will go a little bit edgier, a little darker, and take some risks in Season 4. Some of the darker tones were felt in the season three finale where one of the good guys sacrificed himself and the ending promising big changes for the new season.

A few weeks before SDCC 2016  Marvel  began hinting that Ghost Rider may be coming to Season 4, with bus ads showing a burning chain. At the SDCC Marvel’s Agents of S.H.I.E.L.D. panel   Marvel   announced that Ghost Rider will appear in the 4th Season of the show.

Ghost Rider has had many hosts over the years and the character has a long history with  Marvel . He was a motorcycle stuntman who after a deal with Mephisto had the power to control hellfire. He was brought to life by Nicolas Cage in two feature films before the rights were reverted back to  Marvel . Gabriel Luna will play the latest host of the Spirit of Vengeance, Robbie Reyes. 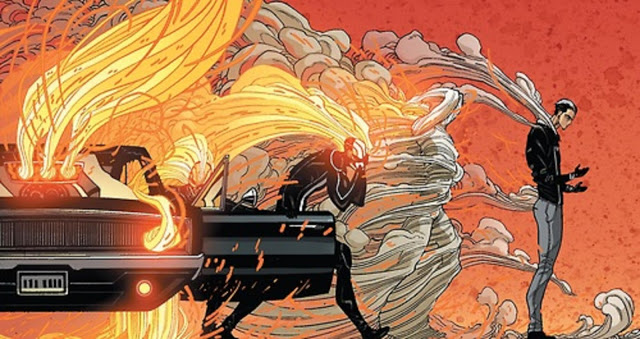 Robbie Reyes is a teenager who is trying to balance high school, working in a garage, and taking care of his physically challenged brother Gabe. Robbie uses a car he stole from the garage to enter a race in hopes he can better his and Gabe’s life not knowing that the hot rod is possessed by the spirit of his estranged uncle Eli Morrow. Eli was a satanic worshipper who committed 37 murders, after a battle for control Robbie gained control and promised to satisfy Eli’s ust for blood by punishing the souls of pure evil. The show has been known to put it’s own spin on familiar character’s origins and plans on doing that with Robbie Reyes. 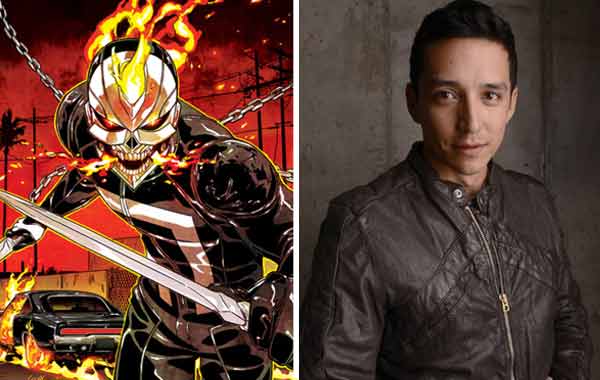 Gabriel Luna’s credits include True Detective, Wicked City, Matador, and Prison Break. Luma took to Twitter to that the  Marvel  fans and promise to make them proud.

Thank you to all the @Marvel Fans for all the well wishes. Gonna work my tail off to make y’all proud. #GhostRider @AgentsofSHIELD


In the weeks following SDCC 2016  Marvel  made several other casting announcements for the show. 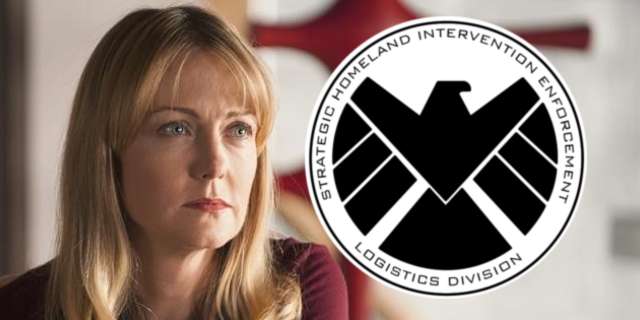 Lilli Birdsell was cast in the recurring role of Lucy who is is said to have a “Very violent streak to her inner self due to things that have happened.” and described as a “beautiful woman with a haunting quality” Birdsell’s previous credits include NCIS: LA, How to get Away with Murder, Major Crimes, and  The Walking Dead. 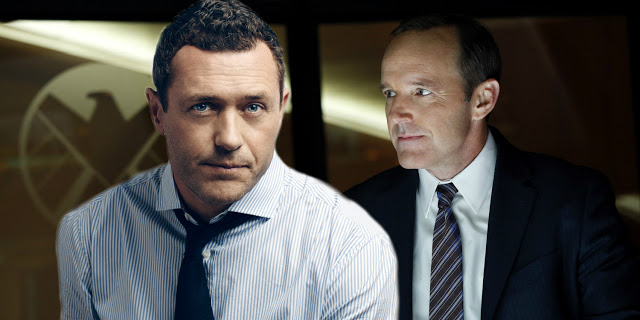 Since the Season 3 finale everyone has been wondering who the mysterious new Director of S.H.I.E.L.D. was going to be, while the identity of the character still remains a bit of a mystery we do know that he will be played by Jason O’Mara and that the character has roots that go back to the 1940s.

“Bringing Jason into the mix forces everyone, including Coulson to reevaluate their role in the agency. Jason has both the physical presence and the acting dynamics that will connect with and challenge even the most loyal agent.”

O’Mara’s previous credits include: The Good Wife, Complications, Terra Nova, Life on Mars, and The Agency.. The actor is also no stranger to comic book fans having voiced Batman in Justice League Dark, Batman: Bad Blood, and Justice League vs. Teen Titans. 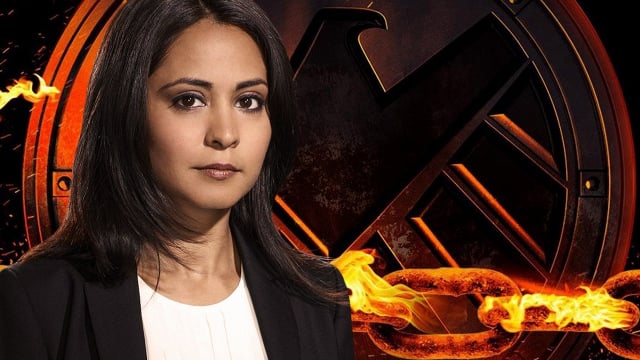 If you thought the troubles for the Inhumans would ease up after last season, think again! Looks like they are far from over. Parminder Nagra joins the cast as, “a powerful political figure who is outspoken in her distrust of Inhumans and the threat they pose to society.”

Nagra’s previous credits include ER (with Ming-Na Wen who couldn’t wait to celebrate the good news with her old friend and castmate on Twitter), The Blacklist, and Alcatraz. Naga also played the rebellious, soccer (and David Beckham) loving Jess Bhamra in Bend It Like Beckham.

Finally! I can post this good news! Can’t wait 2 work w/ my #ER alum, the awesome @parmindernagra! See you soon!

At the first table read of Season 4! #AgentsofSHIELD 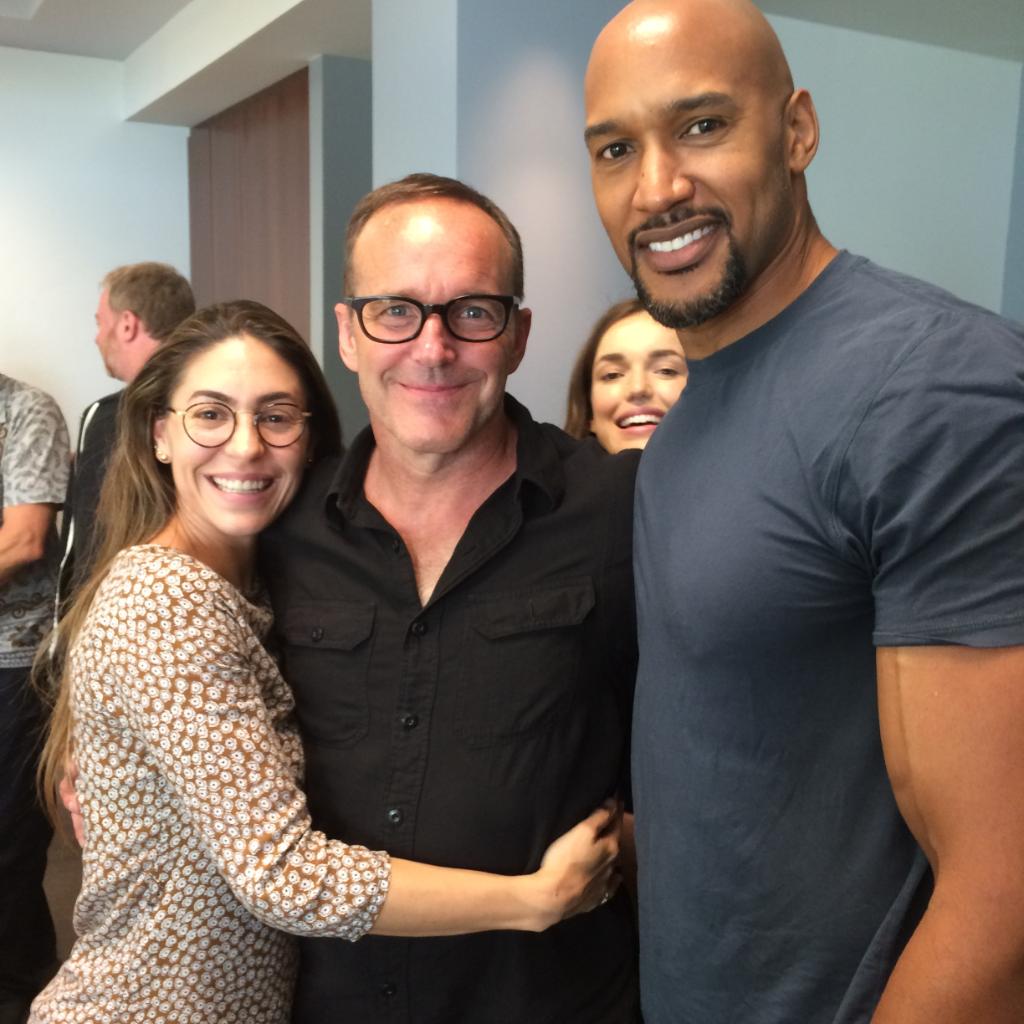 In the midst of the casting for newcomers  Marvel  announced that one of the breakout characters of Season 3 Nadia Cordova Buckley’s Elena “Yo-Yo” Rodriquez will be returning in Season 4. The official Agents of SHIELD Twitter tweeted an image from the first table read with Clark Gregg, Henry Simmons and Buckley, which also reveals that she is in the Season premiere. The extent of her role in Season 4 is still unknown.

ABC also released an official synopsis for Season 4 it is a bit lengthy but it do.es recap the Season 3 finale, and sets up the new status quo for season four as well as providing a good bit of info on Robbie Reyes’ Ghost Rider

“Marvel’s Agents of S.H.I.E.L.D. returns with a vengeance for the fourth exciting season in an all new time period, Tuesday at 10:00 p.m. ET. In the aftermath of their journey to another planet, Director Phil Coulson (Clark Gregg) and the rest of the team were driven more than ever to put an end to the Hydra organization. Little did they know that they were up against the deadliest threat they’ve ever faced – an extremely powerful Inhuman, Hive, who was transported back from Maveth in the body of their worst enemy, Grant Ward. The team was able to thwart and kill Hive and take down Hydra, but they are all still mourning the death of fellow agent and Inhuman, Lincoln Campbell.

In light of the Sokovia Accords, and with Hydra obliterated, S.H.I.E.L.D. has been legitimatized again and no longer needs to operate in the shadows. Since the world presumes that Coulson is dead, the organization needed a new Director (Jason O’Mara) to be the face of the organization. Coulson finds himself back in the role as an agent and teamed with Mack (Henry Simmons), and together they are tasked with tracking down and confirming the presence of Enhanced people, aka Inhumans. They have been trying to track down and capture Daisy (Chloe Bennet), aka Quake, who has gone rogue in an attempt to atone for sins from the past. But with the world believing that Daisy is a dangerous outlaw who has taken down banks and bridges, the new Director has no qualms about taking her down for good. Agent May (Ming-Na Wen) is tasked with training specialist strike teams, and Fitz (Iain De Caestecker) and Simmons (Elizabeth Henstridge) have taken a big step forward in their relationship. But with Simmons’ new promotion as Special Advisor to the Director in Science and Technology, Fitz, as well as her former team members, finds it hard to confide in or trust her since she’s now the Director’s confidant.

Robbie Reyes (Gabriel Luna) will roar into the lives of Agent Coulson and the team as a junkyard mechanic who can turn on a dime into the terrifying Ghost Rider. Will Robbie be a friend or foe to S.H.I.E.L.D. – as well as the world, itself? Meanwhile, Fitz discovers that socially awkward genius and friend Dr. Radcliffe (John Hannah) has started putting the finishing touches on a new, secret invention.” 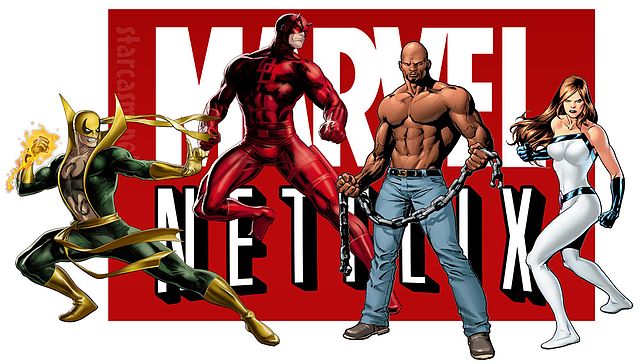 Luke Cage will be available on Netflix September 30, 2016 followed by Iron Fist and The Defenders in 2017. 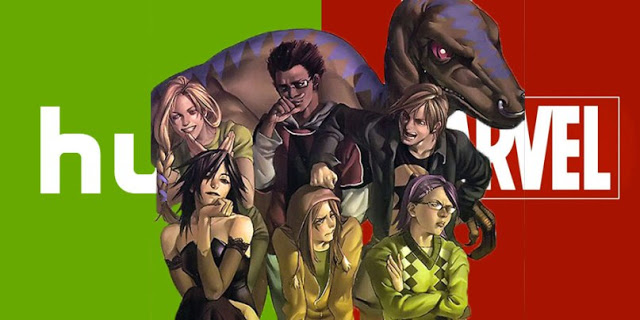 This week Hulu threw their hat into the live action Superhero ring with an order for a Marvel’s Runaways drama series. The series will be based on the fan-favorite  Marvel  comic created by Brian K. Vaughan and Adrian Alphona, that feature a group of teenagers who discover their parents are members of an evil crime organization known as The Pride and soon discovered they inherited powers themselves. The series is being developed by Gossip Girl creators Josh Schwartz and Stephanie Savage, with  Marvel  Television and ABC Signature. Reports indicate that Hulu has ordered a pilot plus additional scripts with a full season greenlight in sight. 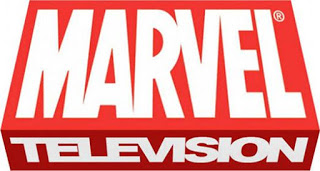