Today’s Kickstarter is Something Strange Happened, a comic book anthology in which various artists share their real-life experiences with the supernatural. I interviewed several of the artists about their harrowing tales.

Something Strange Happened collects mini-comics from numerous artists who have experienced the supernatural. Some of the stories are unsettling, some are goofy; some are told from a lighthearted, skeptical tone and some are in a dark, matter of fact tone. The anthology will be about 21 pages long with each mini-comic spanning four pages or less, plus a few additional pages for the title and credits that will be added once the campaign is over.

Annie Cox assembled artists together to tell their stories and also contributed her own tale. Other artists in the anthology include Amy Lynn, Ari Mulch, BitterOath, Daisy Ein, Ken Lamug and Nicole Stone.

The project is trying to raise $200 by September 9, 2016 in 5:06 PM EDT. This is so a free physical copy can be sent to each artist who worked on the book, as well as print copies for backers. They have already raised twice the amount needed. There are three levels of rewards: your name on the acknowledgments page for $1, a digital PDF of the anthology for $3 and a physical copy for $6. Each reward includes all of the previous rewards. Check out their Kickstarter here.

I interviewed Annie Cox and the rest of the artist about Something Strange Happened.

Me: Why did you decide to create an anthology based on people’s experiences with the supernatural?

Annie Cox: Whenever the subject comes up in conversation, I’m always surprised by how many people have had spooky things happen to them. And I have such a fascination with how each person tells their story too, with the tone varying from skeptical to matter of fact. Each experience is as intimate as a dream, but being creeped out by something that can’t be explained is really relatable.

Me: How did you come into contact with the artists for this project and go about bringing them on board?

Cox: Honestly, most of it was through Tumblr! I just made a post seeing if anyone was interested and I got a big response! I asked everyone to send me a summary of their story along with their portfolio. Since then, we’ve been communicating via email as they got their comics finished. 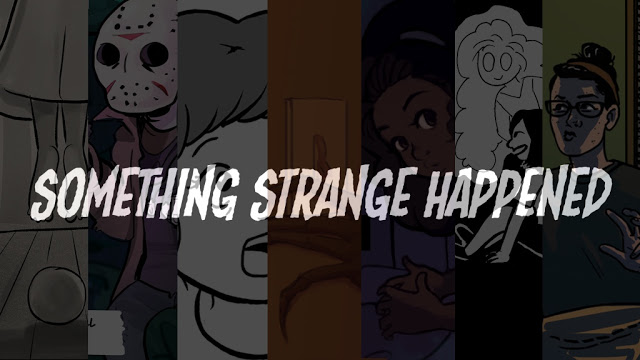 Me: What do you think is the #1 reason people should back this project?

Cox: You get to read a bunch of short and spooky stories in a variety of art styles while supporting indie comics!

Me: If you could describe your mini-comic in one sentence, what would you say?

Cox: My personal contribution is an introduction talking about a creepy closet from childhood, as well as a more recent event involving a possibly haunted dorm room.

Me: What comic book related projects have you worked on in the past and what do you have planned for the future?

Cox: I’ve made mini comics for galleries and conventions before and also worked on a webcomic that has been pushed off to the sidelines for the time being. Right now, I’m finishing up my B.F.A. in Sequential Art from the Savannah College of Art and Design while earning my teaching certificate. I’m also working on a graphic novel and developing ideas for more anthologies!

Me: I asked the other artists on the book the following two questions:

1. My comic is about the time I swore I saw a ghost dog as a kid. 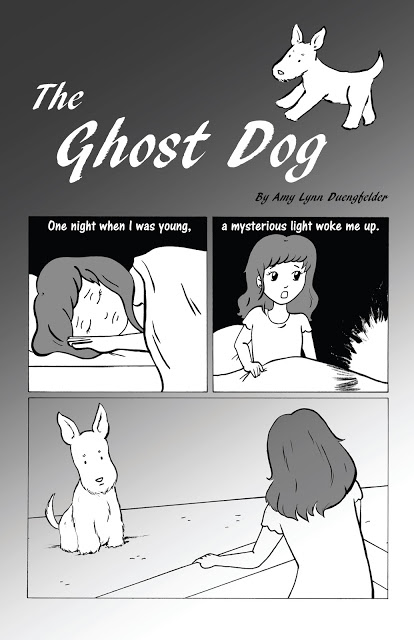 2. I’ve self-published two collections of comics about my cats, Miya and Poppy. In the future, I want to work on longer-form comics and comics in different mediums, such as cut paper. 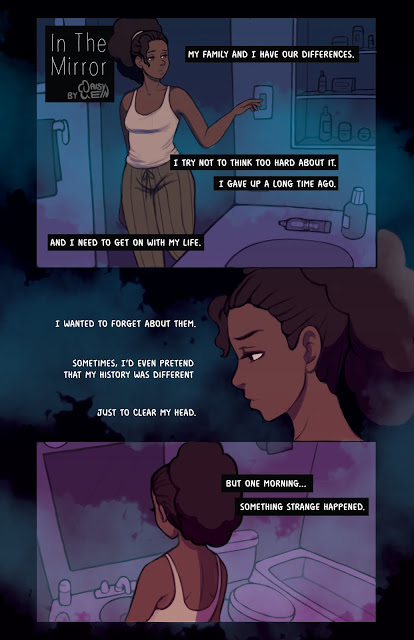 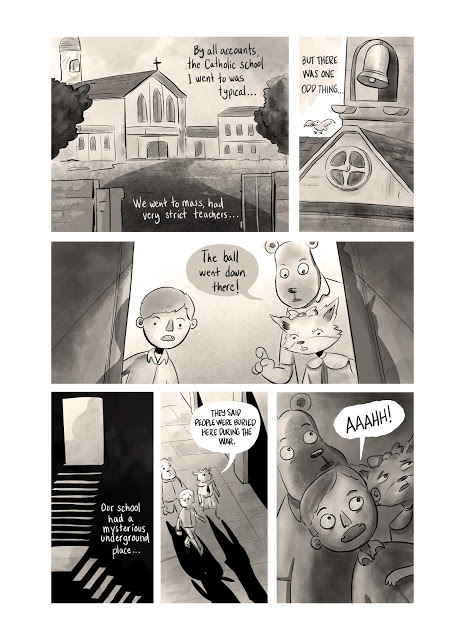 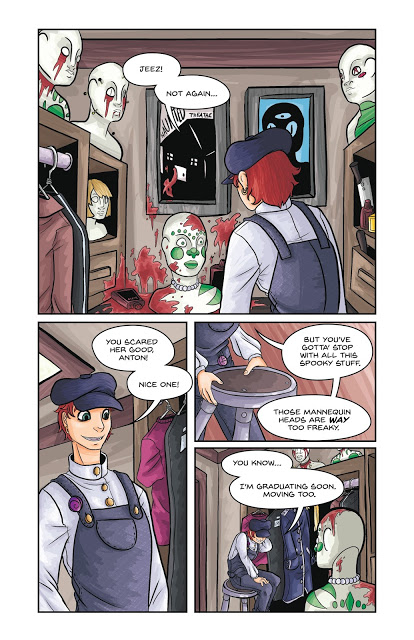 Me: Thanks for sharing your stories everyone! If you’re interested in a variety of artwork and stories of the supernatural in real-life, check out the Something Happened Here Comics Anthology Kickstarter.

What Lies Inside: The 10th Anniversary Split Lip