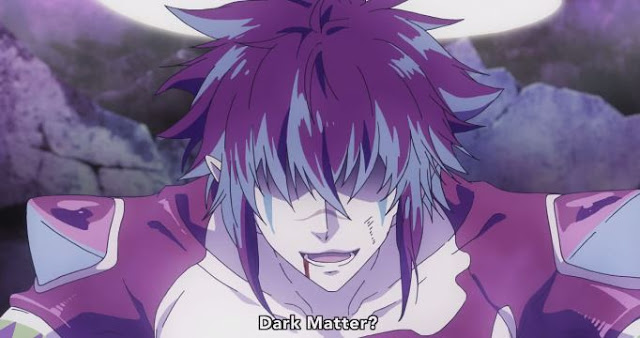 I….I do not have any introductory remarks actually. This episode hurt, it makes me sad. Everyone on this show has the worst luck ever these poor babies! Everything that could have gone wrong did, BADLY. Let’s get right into D Grey Man Hallow Episode 8.

The episode starts with after Alma’s awakening. The first thing Allen sees when he wakes up is Tokusa. He’s heavily injured like before but his attitude is still there, Allen for the first time in a little while is crying because he believes everyone is dead and that he couldn’t save them. Tokusa kicks him off scolding him and calling him conceited and saying their powers aren’t meant to protect people, which doesn’t exactly make sense to me but ok. (Don’t question it. No one gets Allen in this show-)

There is obviously something wrong with Tokusa and the other half-Akuma though. They are starting to act more Akuma like, but no one seems to notice until it’s wayyyy too late. We’ll get to that later.

Thankfully however Allen gets a call and it turns out everyone is alive! The third exorcist protected them all right when the explosion happen. The bitch from the American branch and director Neville are still alive…sadly-

Meanwhile, Alma’s up as we saw and he and Kanda jump into a fight. He wants Kanda dead and they both unleash full power on each other like…Dragon Ball D Grey Man addition. Kanda’s hair turns white and Alma looks more like how he did before but as an adult/Akuma hybrid thing.

Then all the third exorcists transform into Akira rescue abominations. They aren’t as bad but damning are they scary looking! I should also mention that they are still conscious and have to watch their bodies kill people they love against their will AND Alma’s cells in their bodies are screaming out in despair as well for everyone to hear!

Allen’s innocence also acts on its own accord trying to kill Tokusa despite his pleas. This all is before the opening by the way so we sure are in for a doozy and it just gets worse and worse from here! Yayyyy????

All the other thirds are changing as well thanks to Alma being an Akuma and him and Kanda continue to fight and it’s epic as hell! I loved this fight it was so awesome, probably the most epic fight the show has ever given us, especially when Allen joins in. Being the helpful type he tries to stop Alma and Kanda from fighting. He wants to help Alma but can’t and on top of this doesn’t want to hurt Tokusa. He’s dealing with a lot right now emotionally (like the audience from having to watch this circus of sadness and pain)

The Earl tries to take advantage and tells Allen he can remove the dark matter if he agrees to leave the order. Yu activates his full power which may kill him and with all the chaos and a desire to save his friends Allen actually almost goes with him but is stopped by For who puts herself in Allen in a protective golden bubble.

She then gives him your typical inspirational/talking down to depending on how you look at it anime speech. You know the type if you’ve seen at least like 3 anime shows. “Don’t just jump to conclusions idiot! You can’t save everyone!” Tiki is attacking For and Allen breaks out of the bubble protecting For.

He asks For if she thinks he can save everyone and For says he won’t know until he tries. I clapped at this part. Allen’s hopeful and never giving up nature is what I love about this show partially. I walk away thinking I can achieve anything when I watch the guy! For’s change of mind was kind of sudden and weird though I have to say.

The priest uses his power to heal Allen’s wounds. For goes to fight the Noah while Allen goes to handle Alma and Yu who are still fighting and going strong. Alma mentions not having much time left to kill Yu but I’m not 100% sure what that means just yet. Yu has a bloodlust he’s gone insane from and only wants to kill Alma. The two both resent him for getting in between them. Kanda even going as far as to viciously attack Allen with his innocence.

Bak and For seem to be loosing their side of the fight, however.

Allen tries to talk to Alma, which is honestly the better choice at this point. Kanda’s would literally rather kill him instead of confronting his :dramatically gasps; FEEELINGSSSS. This is why he annoys me, Kanda. Yes, I get the tragic backstory but damn! He was an asshole from conception!

Alma’s reasoning is unclear but I have more pity for him. He’s more clearly upset about this and he collapses from his injuries because his powers aren’t working as well. Allen has to pick him up it’s so bad and Yu is still insisting on trying to kill him.

Kanda says it’s Allen fault and that he shouldn’t even be in the order and they fight while Alma watches, unable to get up. I have a feeling that Alma can’t be alive if Yu is as well and that’s why he’s being so insistent. He shoots at them and Allen turns to look. Kanda utilizes the distraction and stabs Allen. Much to my and the other character’s horror and the Earl’s glee.

IT THEN SOMEHOW GETS 50X WORSE

Basically, because of what Kanda does, the 14th fully awakens and takes over Allen’s body. The apocalypse is now pretty much nigh and it’s all Kanda’s fault! Thanks ya asshole! I really don’t like you-. Alma’s also dying! This was all the Earl’s plan to get the 14th to awaken. Kanda feels regret but way too late and I want to bang my head against the desk.

The last scene is Allen in a chair with Neah, the 14th looking at him. I’m surprised, though. Neah looks very sophisticated and tranquil. Not evil at all, in fact very handsome! Maybe it won’t be so bad?

That was the end of the episode! I’m now dying to see what happens next. I think that maybe Neah won’t be as bad as we all thought and I also think Alma MIGHT live. They seem to be going for a more hopeful/redemption arc so I’ll wish for the best and I think you all should as well! All hope is not lost despite this very sad episode! It was my favorite one thus far though I must say!