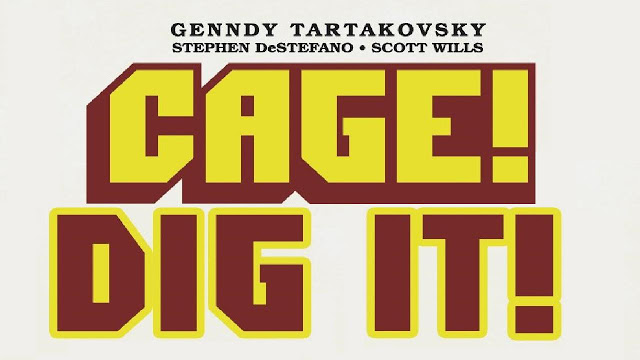 Welcome to the mean streets of New York City – shoes are big, bottoms are belled and crime is rampant! But in the heart of the city, the world’s hardest-working, smack-talking, chain-wearing, tiara-sporting super hero is hitting the streets hard and hitting the bad guys harder. This Hero for Hire is on the case, and his rates are reasonable! He’s Luke Cage, and he’ll save your ass. Dig it!

At long last, the eagerly anticipated series returns! Be there when CAGE! #1 comes to comic shops and digital devices on October 5th!