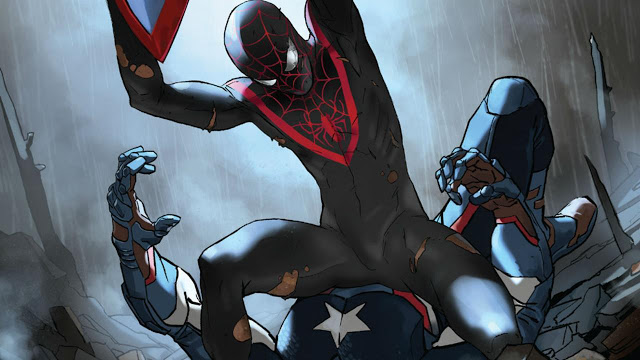 How Far Would You Go to Protect the Future? Your First Look at CIVIL WAR II #6!

This October, friendships will be pushed to the limit, alliances will be broken – and the Marvel Universe will be shaken. Marvel has shared with Comic Frontline a first look inside CIVIL WAR II #6 – the next blistering chapter from creators Brian Michael Bendis and artist David Marquez! 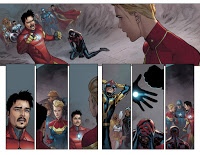 They were prepared to stop catastrophes before they happened. But what about a vision so preposterous it couldn’t possibly come true? Or could it? As the next glimpse of the future reveals Miles Morales standing over what remains of the original Captain America, Steve Rogers – true convictions will be tested. How far would you go to protect the future? Would you turn on one of your own? The answers may surprise you! Be there as the battle rages on this October in CIVIL WAR II #6!