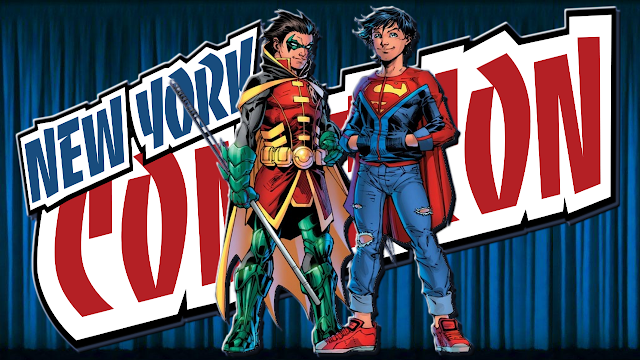 During the Meet the DC Publishers panel at New York Comic Con, where DC Co-Publishers Jim Lee and Dan DiDio discussed DC Rebirth, along with Vertigo, MAD, Young Animal, Warren Ellis’ WildStorm, and announced that Superman co-writer Peter J. Tomasi will be the writer of the upcoming Super Sons book with Jorge Jimenez, who is familiar with the new Superboy having illustrated some issues of Superman since Rebirth began.

DiDio took a moment to promote the return of Direct Currents, a quaterly book that will be free to customers at comic shops, giving readers news and behind-the-scenes information about what’s coming out, such as the new Batwoman series, Justice League of America, and the new Super-Sons book.

“We have a lot of great stuff coming your way, and we want to make sure you have all the information you need.” 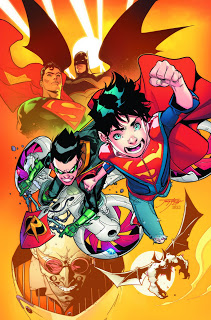 It was a question a fan asked about the Legion of Super-Heroes that led DiDio to discuss the new Superboy and Robin lead Super Sons series.

“Legion, like Shazam, like JSA, there are certain stories that will be told – just not yet. Wonder Woman, Superman, Flash, Detective, those are some of our overachievers, but Super-Sons by Tomasi, that’s a book we wanted to wait for an opening in Peter’s schedule, because he’s been writing those characters so well in Superman.”

Super Sons was announced during the initial wave of DC Rebirth books and originally scheduled to debut in September 2016 with Jimenez and writers Chris Burns and Dennis Culver. DiDio nor anyone else at DC offered a reason on the delays or the change in writers.

Super Sons is scheduled to debut in February as part of a second wave of DC Rebirth books.