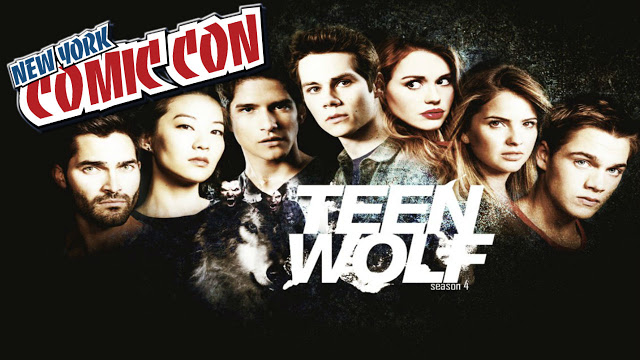 New York Comic Con may be over but the news still comes and Teen Wolf show runner Jeff Davis keeps fans on the edge of their seats with some ominous foreshadowing of what the final season holds as well as some hope with a super-tease, that is sure to have the Pack howling with excitement! Find out what he had to say and you can check all three trailers along with the 8-minute long opening act of the season premiere below.

“This is the last Teen Wolf panel ever, until the reunion.”

“Certain characters may find their end in this season. There is a number of people showing up.”

Davis revealed that Ian Bohen (Peter Hale) will be back and he dropped a super-teased the return of Tyler Hoechlin, who is now playing Superman on The CW’s Supergirl.

“You wouldn’t believe the number of crazy ideas we’ve talked about in the writer’s room.  It’s really hard to do a series finale,”

–  Jeff Davis, On bringing more past characters and actors back

Davis wondered aloud if it was a good idea to fill the final season with cameos.

“We have several unwritten episodes so we’ll see.”

Davis also revealed that he had pondered a Teen Wolf spin-off a few years back.

“We wanted to do as Eichen House as its own spinoff with Doctor Deaton as the head of Eichen gathering a supernatural team.”

“‘Teen Wolf’ has been an extraordinary journey, one that captured the hearts and imaginations of fans more than we could’ve ever imagined. We’re eternally grateful for the support we’ve received over these past six years and we’re excited to take our brave fans on one last, thrilling adventure.”

The final season focuses a good bit on Dylan O’Brien’s character Stiles, as we see the Pack hunting the men of the Wild Hunt follow an effort to erase Stiles from history. The footage here also focuses on the relationship between Stiles and Lydia (Holland Roden). Though they’re getting some top billing here, Scott (Tyler Posey) will almost certainly remain a key player as the show barrels toward its conclusion.

The panel started with a sneak peek at the cold open of the Season 6 premiere. Things then quickly turned to car crashes, blood and a “guy on a horse with a gun” as the Ghost Riders are now in town

#REMEMBER the FINAL SEASON of Teen Wolf  premieres on MTV on Tuesday November 16, 2016 on MTV, with the finale of the split arc 20-episode final run ending on the show’s 100-episode in 2017! 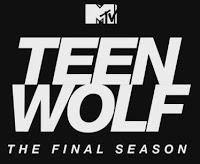 Let us know in the comments what you think of this Teen Wolf News and don’t forget to follow us on Twitter for the latest Previews, Reviews, News and Interviews

All images are courtesy of MTV