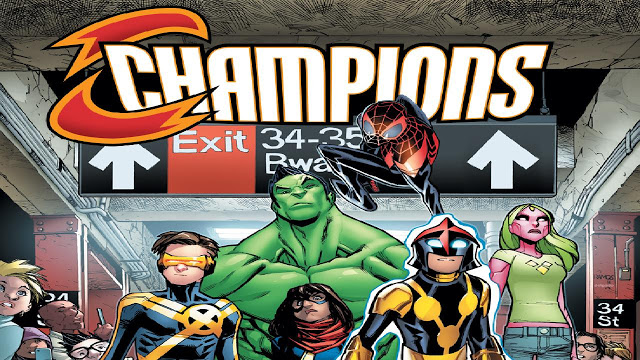 MARVEL NOW! Week One Is a Hit! Nearly 10 Second Printings On the Way!
“A Revolution Has Begun” – ComicBook.com, on Champions #1

The arrival of the Champions was just the beginning. Marvel NOW! is charging forward, pushing the Marvel Universe into new and exciting directions with new books and new story arcs from some of the industry’s top creators. The first week of titles have hit stores, and today Marvel has announced a wave of sellouts for these can’t-miss comics! In addition to the already announced second printing of the new Marvel flagship title Champions #1 (arriving in stores 11/02/16), the following titles have all sold out at the distributor level and will be rushed back for new printings: Amazing Spider-Man #19, CAGE! #1, Deadpool: Back in Black #1, Death of X #1, Doctor Strange #12, Enchanted Tiki Room #1, Invincible Iron Man #14 and Jessica Jones #1!

As the industry’s biggest names and rising stars seek to put their stamp on the world’s top super heroes, get in on the ground floor for some of the most exciting comics on the stands. Don’t believe us? Here’s what the critics have to say about Marvel NOW! week one:

“A breath of fresh air to the Marvel Universe”

“One of the best super hero comics available today”

“…just as crazy as you’d expect it to be”

That’s just the first week! You better believe there’s more exciting comics coming your way! The Marvel Universe is bursting wide open with new stories and jumping on points just waiting to be explored. Missed them the first time? Don’t be left in the dust! Get your hands on these red-hot titles when they return to comic shops for new printing early next month! 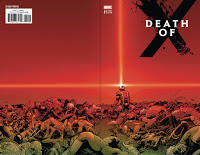