This past Sunday, the WOMEN OF MARVEL panel at New York Comic Con put the spotlight on women superheroes and women who work at Marvel. Learn more about these amazing people and the work they’re doing in comics as well as the Marvel Cinematic Universe.

Look at all of these female-led titles! #WomenOfMarvel #NYCC pic.twitter.com/xrmd3d9A0h

This isn’t even counting the new upcoming female-led books announced during NYCC, which include America Chavez’ series and the Hulk series starring Jennifer Walters.

Several important issues revolving around women’s representation in comic books were raised during the panel. In answer to a fan asking if Marvel would be doing more stories involving black women and other minority women, Amanat commented:

“This is why we’re here. This is why this panel is here. Years ago, we have zero female-led titles. The fact that we are up here seeking more opportunities for people, the intention is there. Because we’ve been able to create these great characters and great content, there’s a lot of great talent out there thinking that maybe this is something they could do. Knowing the door is open is half the battle. Show up, do the work – the door is open.”

Another fan asked about more stories representing people who are disabled or have a variety of shapes, to which Amanat responded:

“Those are the stories we’re very much interested in telling. A lot of our writers, for example, Willow, when she introduced Mike in Ms. Marvel, she said ‘we have to make sure she’s fuller-figured without necessarily pointing to it.’ Hopefully, you’ll see more in the future.”

Willow didn’t want to make the character’s size a gimmick, or be the number one thing that defined her.

One major accomplishment is that Moon Girl #12 will establish that Moon Girl is the smartest character in the Marvel universe. This is a great step forward for both women and children. In the past, women in comics were defined by their looks more than their intelligence or power. That has changed for the better over the years, but this should be a great leap forward. It also shows kids are more capable then they may be given credit for by adults.

Amanat also mentioned the book Madaya Mom, a recent collaboration between Marvel and ABC. This true story is about a mother and her family trapped inside Madaya, a Syrian town. For a year, the family had to survive starvation, unsanitary living conditions and violent threats during their country’s civil war. The work uses real messages from Madaya Mom and artwork by Marvel artists. Amanat commented about the project: “We always want to share the experiences of what people are actually living, and this is how we can do this in a meaningful and important way.” 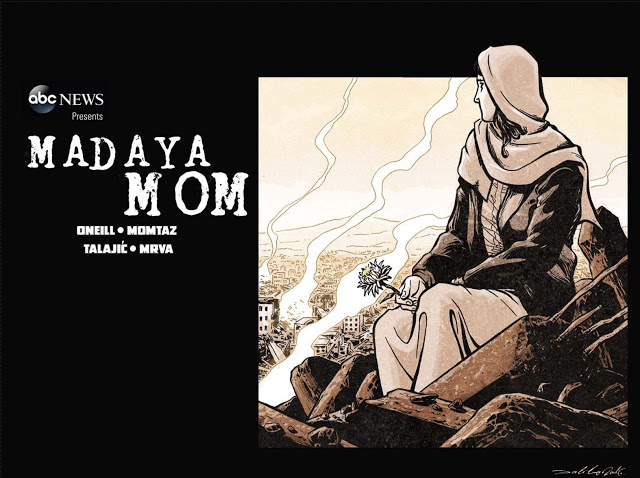 My major takeaway from the WOMEN OF MARVEL panel (besides that I should be regularly reading Moon Girl and Squirrel Girl) is that Marvel has a lot of talented women working for them and is taking steps to promote their female-led comics… which will hopefully continue to improve and represent every woman in the world, both through comic books and in the MCU.

What did you think about the panel? Let me know your thoughts in the comments below.