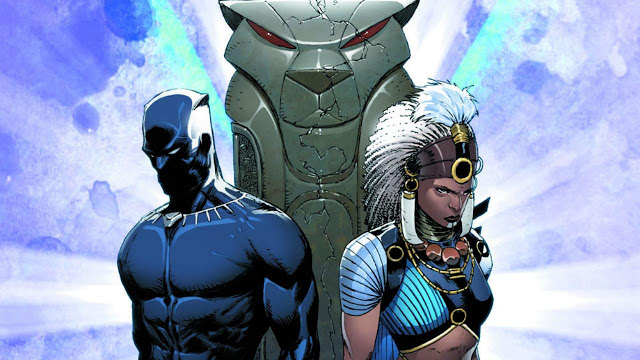 Wakanda, the African country and home of the Black Panther, is the most sophisticated and technologically advanced nation on Earth. Its influence reaches across all of the Marvel Universe, and now Marvel Comics shared with Comic Frontline an all-new series devoted to the exploring the people of this fascinating locale. Spinning directly out of the best-selling Black Panther by Ta-Nehisi Coates & Brian Stelfreeze comes your first look at the highly anticipated BLACK PANTHER: WORLD OF WAKANDA #1!

Writer Roxane Gay (Bad Feminist, An Untamed State) makes her Marvel Comics debut alongside Ta-Nehisi Coates and artist Alitha E. Martinez to spin a Wakandan love story – its tenderness matched only by its brutality. You know them now as The Midnight Angels, but before that they were just Ayo and Aneka, young women recruited to join the Dora Milaje – an elite task force trained to protect the crown. Even if it means their lives. What happens when your nation needs your hearts and minds, but you’ve already given them to each other?

Additionally, the first issue of BLACK PANTHER: WORLD OF WAKANDA will feature a 10-page backup story from acclaimed poet Yona Harvey (Hemming the Water) and Coates with artist Afua Richardson that explores the origin of Zenzi, the mysterious leader of The People, the group currently causing so much unrest in Wakanda. T’Challa thinks he knows who Zenzi is and how she got her powers, but he only knows part of the story.

This November, one of the most sophisticated and advanced civilizations on Earth expands in bold new directions. Be there as Gay, Harvey, Martinez, Richardson and Coates bring you a Marvel Universe debut that will have the world talking in BLACK PANTHER: WORLD OF WAKANDA #1 – coming to comic shops and digital devices everywhere on November 9th!