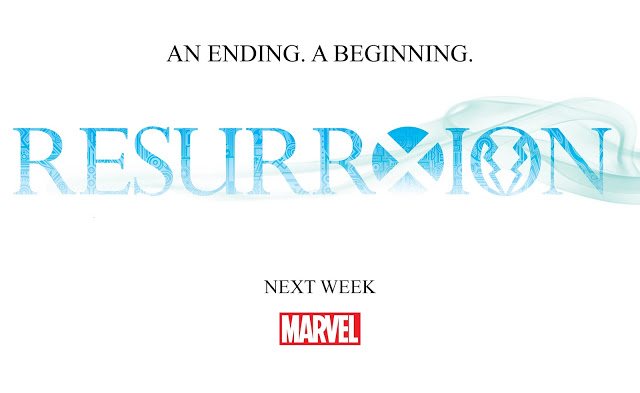 Marvel has revealed a new teaser for the mysterious ResurrXion. The project will follow after Death of X, and Inhumans Vs. X-Men. This new teaser image is the same as the first with X-Men “X” and the Black Bolt symbol in the “O”, with the addition of “An Ending. A Beginning.” above the logo and “NEXT WEEK” below it, promising more information on this next week, possibly before Marvel‘s January Solicitations. 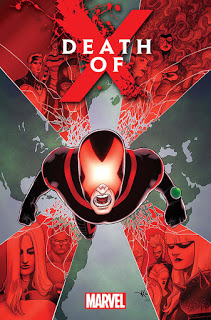 No other details were announced yet including the creative team(s) as only one of the two Inhuman/X-Men events already announced have just begun last week with Death of X. The tension between the two Marvel superhero subsets have been building since it was revealed post Secret Wars that the Terrigen Mist released by Inhuman King Blackbolt during the Infinity event has not just been creating new Inhumans, making the race thrive, but it was doing so at the cost of the Mutant race. 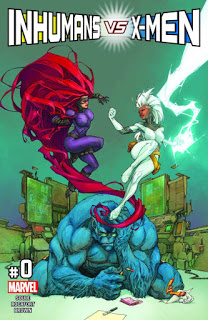 It is unclear what the name ResurrXion signifies, with the “X” being prominent and the “O” featuring the symbol most closely connected to Black Bolt, it could mean that both races could see a ResurrXion. The new heading “An Ending. A Beginning” could mean a lot of things, like the ending of this war in and out of the pages between the two races could lead to a new beginning for fans on both sides. There are also several big guns in the X-Men Universe that could return including Wolverine, older Cyclops, older Jean Grey, and the founder of the X-Men hmself, Professor Xavier. Another possible outcome could be that the very Terrigen Mist that is killing the Mutants could lead to their ResurrXion after their death. This could also just be another rebranding/relaunching point for the two groups much as ReGenesis, and Counter X were. We will have to wait and see how everything plays out with no date for ResurrXion being announced yet.