Today we’re showcasing The Adventures of Penelope Hawk, a novel by Justin Gray (The Monolith, Jonah Hex). Sixth grader Penelope Hawk is on a fantastical quest to save her mother and the dream world of Marazia from the Nightmare King. Learn more about his project and enjoy an interview with the creator himself.

Gray’s first children’s book, The Adventures of Penelope Hawk, is a 5.5 X 8.5″ 300-page novel for everyone ages nine and up. Penelope is an outsider because of her differences, but she learns about the value of being different, as well as the importance of family, community, honor, respect, leadership, loyalty and perseverance. She goes on an adventure to Marazia, the place where children dream, and teams up with a dragon, a robot, a magician and seven Warrior Princesses to take down Lord Tasm, the King of Nightmares.

The cover illustration was created by Maike Plenzke. Some of her clients include American Girl Magazine, Penguin Books, Charlex, Women’s Health, Nickelodeon and Simon and Schuster. The book was edited by Joanne Starer. She has edited comics and magazines for such companies as Image Comics, Marvel Comics, Devil’s Due/First Comics and PaperFilms.

The project already reached its goal of $3,500, but will remain open until November 11, 2016 at 8:51 AM EDT. Incentives for backing the project include The Adventures of Penelope Hawk in e-book ($7), paperback ($25) and hardcover ($35). Bigger rewards will send copies of the book to a children’s hospital, school or library ($55, $100) as well as an informal SKYPE Q & A with students at a school or library that covers the writing process and Justin’s writing experience ($100, $150). You can pledge money to the Kickstarter here.

Learn more about Penelope’s quest below in my interview with Justin Gray!

Me: How would you describe Penelope and her companions?

Justin Gray: Penelope begins her journey as an outsider in her small town; she doesn’t look like her peers, and she has personal problems that bullies like to exploit. That said, she is an adamant willed and compassionate person. Penelope’s introduction to the sleepworld of Marazia comes in the form of Ix, a gardener and monk who lives in a vast forest populated with exotic trees.

As the story progresses, Penelope encounters a colorful cast of characters including a dragon named Farfel and a robot named Aldus 5. They join forces to stop the Nightmare King and his army. There are influences in my book that range from Princess Bride to Wizard of Oz.

Me: What work would you say has been the most influential on the story and why?

Gray: I suppose the most obvious is Wizard of OZ, but there was a lot of Prince Humperdinck from Princess Bride and even some influences from Baron Munchhausen. I like the idea that villains can be comical without being downright goofy in the process.

Me: How would you describe the Nightmare King and what are some of the other challenges Penelope’s faces?

Gray: I wanted the character of Lord Tasm to have a deeper motivation that separated him from bad guys, or at least put him in the company of some of my favorite bad guys. Yes, he is a villain, he desperately wants to turn all children’s dreams into nightmares, but he has a lot riding on his invasion. He wants to be the first one in his family to leave home and conquer another Sleepworld. He also wants Princes Olga’s hand in marriage, and she’s not going for it unless the invasion is successful.

Penelope faces several internal and external challenges in the book. She’s been chosen to save not only Marazia, which is what the children’s Sleepworld is called, but also the people of her town who have fallen under the Nightmare King’s spell. Including her mother. She will have to do things she wouldn’t normally do and face her fears, doubts, and isolation. So many people and dream creatures are depending on her, it can feel overwhelming.

Me: What can you tell us about the place children dream, Marazia?

Gray: The idea was that as we get older, we lose access to this realm. We rarely have the same kinds of dreams about the same kinds of things. For a few innocent years, and they go by quickly, children believe anything is possible, and that’s what I wanted to reflect.

One is my daughter who always wants to read my comic books, and, mature content aside, there’s nothing in them for her. She has no interest in superheroes. She enjoys graphic novels by Raina Telgemeier.

The other important factor is that I’d like to write stories for an audience that isn’t jaded or oversaturated by the material. It can be very refreshing to take a break from the world of fandom. As much as I love it, I have serious geek fatigue, and this book has given me time to explore other areas of my writing. That said, there are still noticeable influences in the novel that involve comics, Anime, and geek culture.

Me: How do you decide what’s appropriate to put in the book, since your target age is nine-year-olds and up?

Gray: The parent filter. I have a nine-year-old daughter, and there’s nothing in the story that I feel would be inappropriate for her to read. The most important part for me was to make it fun and yet still have core values of human decency like helping those in need, being a good neighbor and person, as well as showing a positive attitude when confronted with stressful situations.

Me: Why a novel instead of a graphic novel?

Gray: To be honest, I have been collaborating and co-writing for years. I wanted to do something different, something in a more isolated environment where I could explore telling a story in a way that allowed me to use different skills and muscles. Not to mention it is much more costly to create a graphic novel, which I’ve also been doing this year.

Me: Are you planning on writing sequels or using any of the characters again in spin-offs? Maybe a tie-in comic?

Gray: Not right now. I think my focus on comics is going to be more mature themes and content, basically the polar opposite of this book. I have an anthology that is almost completed where I’ve written four stories that are illustrated by four different artists. Once the Penelope Hawk Kickstarter hits the fulfillment stage, I’m going to start looking to develop the next project, which will be a children’s picture book called Arthur and the Hook of Destiny. I have the story written, but I need to find an artist with a unique voice to fit the narrative.

Me: What is the number one reason why you think people should back your Kickstarter?

Gray: I’m genuinely hoping to do something positive by getting a child to read and to do that you have to write something that excites them. Hopefully, I have. The advantages readers have over nonreaders at a young age is quantifiable. Kids that continue to read over summer break do markedly better when they return to school in the fall. So if Penelope Hawk can be a book that keeps a child reading, then I’ve done something important. 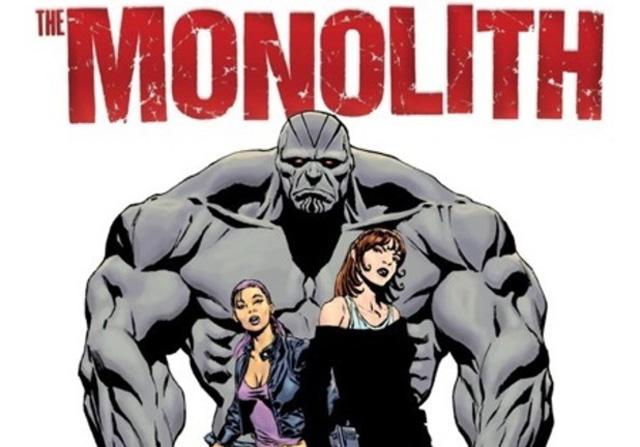 Me: You’ve previously worked for DC on titles like The Monolith and Jonah Hex. Could you tell us a bit about what it’s like to work for DC versus working on a creator-owned project like The Adventures of Penelope Hawk?

Gray: Thank you for asking, Nicole! You’ve provided me with an excellent opportunity to plug The Monolith, a property Jimmy Palmiotti and I now own the rights to, which is in development as a feature film at Lionsgate.

The difference is substantial for a few reasons, but the biggest one is the format. A novel is a very different animal from a comic book, and it is a much less collaborative art form. Work for hire or freelance typically means you’re an independent contractor for a result’s driven entertainment company without the benefits afforded salaried employees.

Writing The Adventures of Penelope Hawk I assumed all the risks and had complete creative control over the final product, which is another reason I turned to Kickstarter. By self-publishing my book I’m not benefitting from the marketing strength of a large publisher. It is my hope that through Kickstarter I can generate interest and awareness of the book before going to market. I want kids to read the book and if they don’t know it exists then they’ll never have that opportunity. 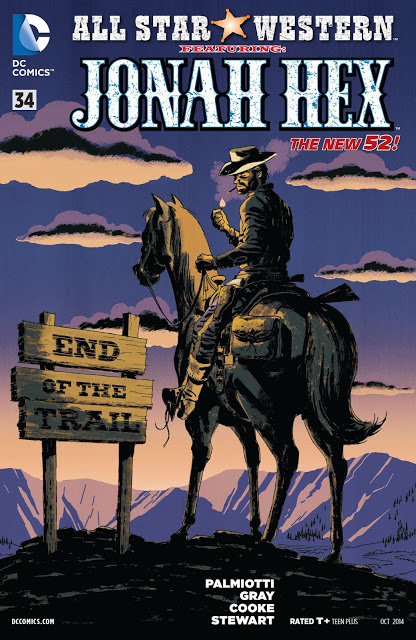 Gray: Inspiration is fleeting. I’d rather give some advice. I’d say not to think of yourself as a comic book writer. Seriously, you are a writer; comics are a medium, and you have no idea where your life will take you. You may have a powerful drive to work in the medium of comics. I say go for it, but at the end of the day, no matter what, you’re in one business and one business only – the you business.

I’m not saying you should be a selfish, backstabbing, unbearable narcissist who walks over people to get to the top. If your dream is to work in the entertainment industry as a creative professional, and you want to have a long career with financial stability, you have to do more than just tell great stories; you have to handle the business side.

Me: Thanks for taking the time to share a glimpse into the world of Penelope, her friends and her enemies! If you’re interested in backing Gray’s Kickstarter, check it out here.

Monster of the Week #1