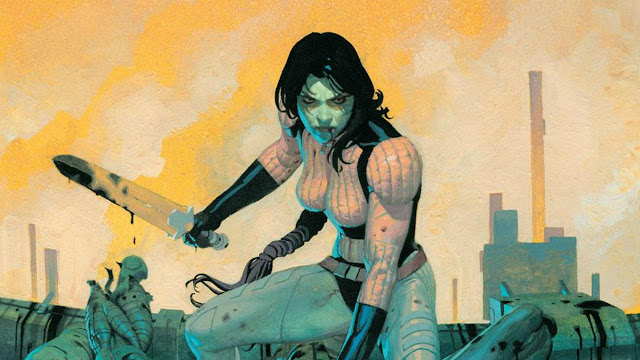 Meet the Deadliest Woman in the Galaxy – Your First Look at GAMORA #1!
From the Co-Screenwriter of “Marvel’s Guardians of the Galaxy”

Before the Guardians, there was only…Gamora! Marvel has shared with Comic Frontline first look inside the highly anticipated GAMORA #1, coming to comic shops and digital devices everywhere on December 21st! From Nicole Perlman – co-screenwriter of Marvel’s Guardians of the Galaxy and blockbuster artist Marco Checchetto (Star Wars: Shattered Empire) comes a tale of blood and vengeance.

Once upon a time she was Thanos’ heartless pet assassin and favorite daughter. Today she is the backbone of the Guardians of the Galaxy, putting her life on the line to defend the innocent. What was it that transformed her from being used as a tool of her oppressor to a champion of the powerless? Embark on a journey of revenge, redemption and retribution, and witness how she earned her reputation as the deadliest woman in the galaxy. Don’t miss GAMORA #1 – coming to comic shops and digital devices everywhere on December 21st!