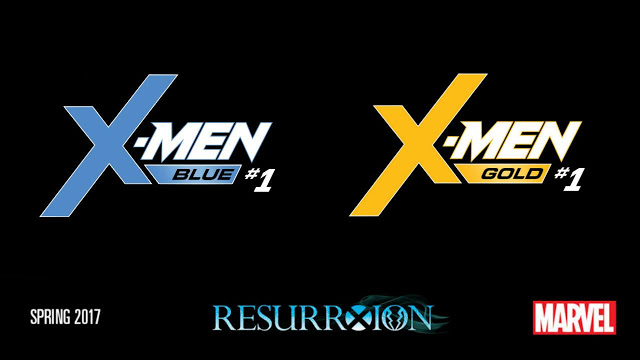 A bright new tomorrow is coming for the Children of the Atom as the X-Men race full speed into ResurrXion! From the ashes of Inhumans vs. X-Men comes your first details about the highly anticipated new titles – X-MEN GOLD and X-MEN BLUE! Launching in April, these multi-shipping, ongoing series bring fans a new beginning for these merry mutants – one that is sure to please fans old and new!

“Following an era where the X-Men were on the back foot, fighting for the survival of their species, we wanted to take a moment to exhale and indulge in the kinds of big, beautiful, colorful stories that portray the X-Men at their best. It’s a return to form, with spandex costumes rather than body armor, softball games on the school lawn, and the X-Men on a proactive mission to be the greatest heroes of all time—to human and mutant alike.” 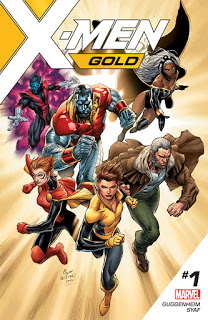 It all kicks off in X-MEN GOLD #1, as creators Marc Guggenheim (X-Men, Young X-Men) and Ardian Syaf (Green Lantern) bring together the X-Men’s biggest guns for an all-new adventure! Kitty Pryde has returned to Earth to find the X-Men in shambles. They survived their war with the Inhumans, but at a great cost. They’ve earned their future, now what are they going to do with it? Kitty takes the reigns and assembles a team of the most iconic X-Men to her side – Storm, Colossus, Nightcrawler, Old Man Logan and Rachel Grey. They are the X-Men, and they’re here to take mutantkind into the future and make the world a better place! 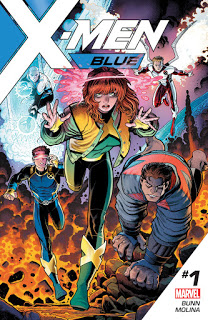 Then, fan-fave creators Cullen Bunn (Uncanny X-Men, Monsters Unleashed) and Jorge Molina (A-Force, Star Wars) bring the time-displaced original X-Men together once more in X-MEN BLUE #1! With Jean Grey at the helm, Cyclops, Beast, Iceman and Angel will set out to embody Xavier’s dream – to foster a world that no longer hates and fears them. But they’ll have help from none other than…Magneto?! Why would these X-Men ally themselves with the man they once swore to defeat? Can the former mutant terrorist truly be trusted? The X-Men are young, but they aren’t stupid. Keep your enemies close, after all…

This is just the beginning! The future of the X-Men is bright, and it’s all beginning this Spring as RessurXion brings you a brand-new line of X-Men titles. Be there when it all kicks off in April when both X-MEN GOLD #1 and X-MEN BLUE #1 come to comic shops and digital devices everywhere! For more information on ResurrXion, visit Marvel.com.

Stay tuned to Comic Frontline for more on this week’s ResurrXion teasers, and to Frontline LIVE 132  this Tuesday night at 9:30-ish PM ET as the Frontline LIVE Crew discuss this and more.