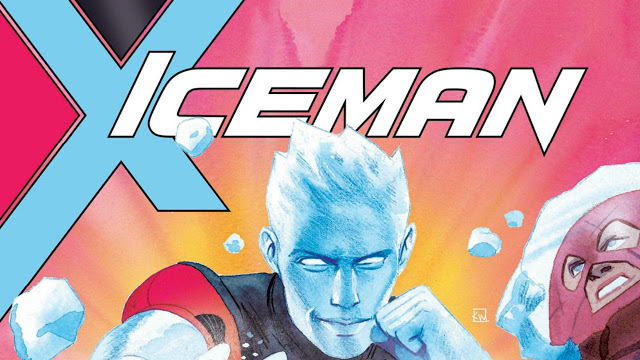 Marvel Comics is excited to announce that, coming in 2017, led by creators Sina Grace (All-New X-Men) and Alessandro Vitti (Secret Warriors, Avengers Arena), Marvel Comics’ ICEMAN, will take adult Bobby Drake on a brand new mission to prove himself as one of the most powerful Super Heroes in all of the Marvel Universe and stop any opposition cold in its tracks.

“I’ve stood side by side with the toughest, most powerful heroes in the known universe and always held my own. But today… today I need to be something more.”

After the cataclysmic fallout of Inhumans vs. X-Men comes the highly anticipated new title featuring Marvel’s coldest crusader – ICEMAN! Launching next year, fans will embark on an all-new quest following one of the most iconic X-Men of all time, but this new solo adventure is not going to be as easy as going down the bunny slope.

“Iceman has never had a solo ongoing series before and we’re going to make sure we use every page to its fullest. [He wants] to be known as more than just ‘that X-Man who tells jokes.’ When Iceman’s not bringing up the next generation of X-Men at the Xavier School, he’ll be spanning the globe, icing himself up and taking down the biggest, baddest villains the Marvel U has to offer.”

In addition to being a globetrotting exploration with one of the most powerful mutants in the Marvel  Universe, ICEMAN will also be studying how Bobby Drake’s personal life is going to help continue evolving him into one of Marvel’s best Super Heroes as Grace explained.

“With this series, you’ll see how much knowing yourself and understanding yourself helps inform the scope of your abilities, both as a human being and also as a Super Hero. We are gonna play with it to be sure, because this guy is an Omega Level mutant at the end of the day.”

In 2017, prepare for Marvel Comics’ ICEMAN to unleash unlimited elemental potential as a brand new era begins for one of the most iconic X-Men in all time and it’s all part of Marvel’s ResurrXion! 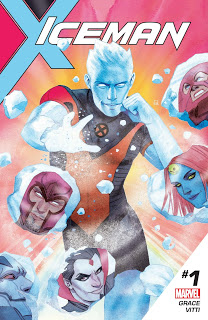 Bobby Drake helped to found the X-Men as Iceman in 1963’s X-Men #1 alongside Cyclops, Beast,  Angel and Jean Grey. Iceman along with the original X-Men team traveled from the past to the present after present day Beast traveled back to recruit the young X-Men in an attempted intervention for his friend Cyclops who has began a journey down a darker path.

Since returning young Iceman was “outed” by young Jean Grey and has since come out to everyone that he was gay, something that until All-New X-Men #40 was only a joke on FOX‘s Family Guy. Until he came out last year Iceman has had multiple relationships with women, some long-term throughout his over 50-year history. With the young Bobby Drake being out the present day Iceman had to also state he repressed his sexuality due to pressures of the time and is also out.

While Iceman was a founding member of the X-Men it was actually his appearance as a lead character in the ’80’s animated series Spider-Man & his Amazing Friends that he became a household name. Since then Iceman has appeared in other X-Men related animated series, but not as a regular including FOX‘s X-Men, and Kid’s WB X-Men Evolution, as well as appearing in FOX‘s live-action X-Men movie franchise.

Stay tuned to Comic Frontline for more on this week’s ResurrXion teasers, and to Frontline LIVE 132  this Tuesday night at 9:30-ish PM ET as the Frontline LIVE Crew discuss this and more.