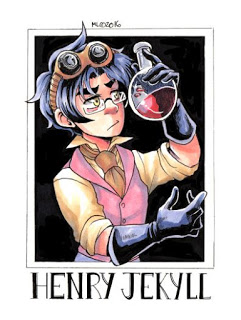 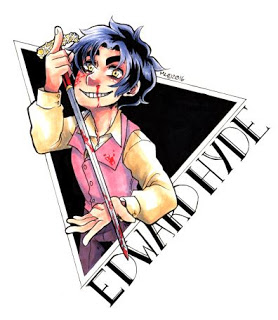 Hey, guys! Me again. Bet you didn’t expect to see me post twice this week huh? I know I don’t typically do that. Today though is a special occasion! I read comics as well like a lot of the other admins here but I tend to prefer indie webcomics and if they’re in an anime style? You have my attention for sure, Hence how I got here. 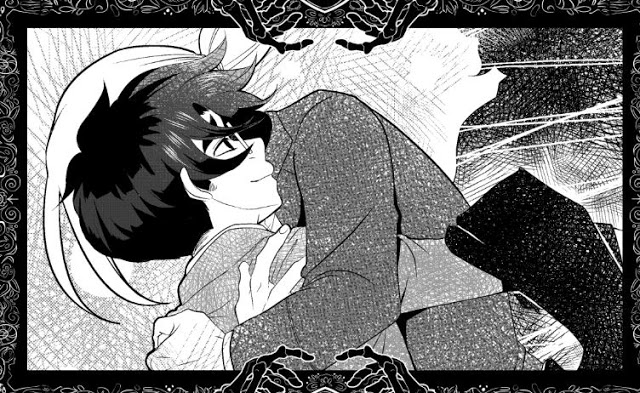 To keep it somewhat short I was looking for Jekyll and Hyde stuff. I read the book The Strange Case of Doctor Jekyll and Mr. Hyde and was looking for stuff of it on Deviantart and Tumblr and such. Mostly anime versions of it if I’m being honest and this artist caught my eye! I dug around their Deviantart a bit and found out they had a webcomic and spent the rest of the night reading.
Midori took the original story and just ran with it. Those of you who read it know it isn’t very long and doesn’t give someone much to work with. Midori however pretty much rose to the challenge and made something amazing out of it. The setting and the characters, everything was amazing and perfect and when she threw in plot twists and stuff? It got 10 times more amazing!

There were about 24 chapters out at the time and I loved it. I binged the whole thing in one night, I couldn’t stop!

To me, this is a big deal since my attention span normally has me reading things by a few chapters at a time even comic books. This I pretty much fell in love with on sight. If I were asked to do a review I would honestly give it 5 out of 5 stars. I’d be nitpicking if I were to try and find things wrong with it. After that I got the courage to talk to the author of the comic, Her name is Midori and she is also very friendly and awesome as well. I would consider a friend now and now that she is, I’m going to promote this at twice the intensity! Since now it’s not just an artist thing but a friendship thing as well~.

As you guys can see the art is very high in quality but despite that, her updates only get about 30 notes with only 16 of them reblogging. That honestly saddened me. This comic is so underrated it’s criminal! I get smaller fanbases but only 30? Come on! It deserves double that amount! Thankfully though I think you guys can provide that! I know everyone here loves comics or at the very least most of you. I bet none of you would shy away from an opportunity to try a new series! So without further ado!

Here’s The Comic’s Website! You can read the whole thing for free!


Here’s the Patreon! The more we donate money the more she’ll be able to do with this idea! Maybe even physical copies of the comic if we push it far enough!

Here are other places You Can Follow/Message her a well:

So yeah! That’s it! Please help her out! It would mean a lot to me and I’m sure it would mean the world to Midori as well! Thank you in advance and I bid you adieu until Tuesday!

2 Thoughts to “Good Indie Comic Alert! Promo + Patreon To Help It Out!”