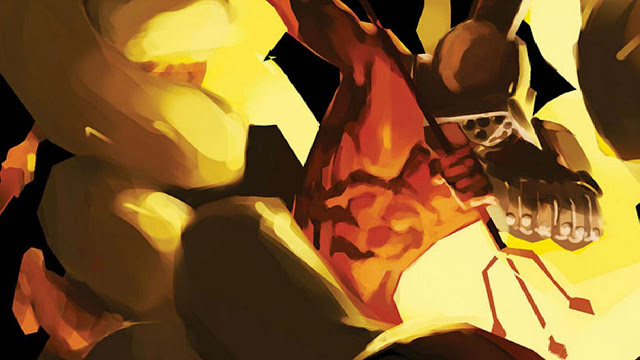 In stores this Wednesday,, one of the winter’s biggest series comes to a climatic close in BRITANNIA #4 (of 4) by Peter Milligan and Juan Jose Ryp! Valiant has shared with Comic Frontline a preview of BRITANNIA #4 (of 4). After five sold-out printings, it’s not too late to find out why this is one of the year’s most acclaimed and unexpected debuts…

Antonius Axia‘s investigation into the murders plaguing Rome’s most remote colony have unveiled a startling new truth about the world as he thought he knew it… And, as he grapples with monsters, demons, and pagan abominations that now confront him, the world’s first detective will make a stunning revelation about the nature of reality itself!

(And get out your Latin dictionaries for an extra-special clue hidden on the final page!)

Antonius Axia’s nightmarish journey through the heart of the remote Roman colony of Britannia has brought him to death’s door. But when the world’s first detective confronts his deepest fears about gods, men and civilization, will he be able to complete the mission given to him by Emperor Nero, or will his mind collapse under the unfathomable weight of the void that now stands revealed before him?

The horrifying secret at the heart of Britannia is laid bare as comics master Peter Milligan (Detective Comics) and blockbuster artist Juan José Ryp (NINJAK) erase the lines between fact and fable and bring Valiant’s prestige format opus to an unforgettable finale!

Let us know in the comments what you think of this Valiant Preview and don’t forget to follow us on Twitter for the latest Previews, Reviews, News and Interviews!
All images images are courtesy of Valiant Comics