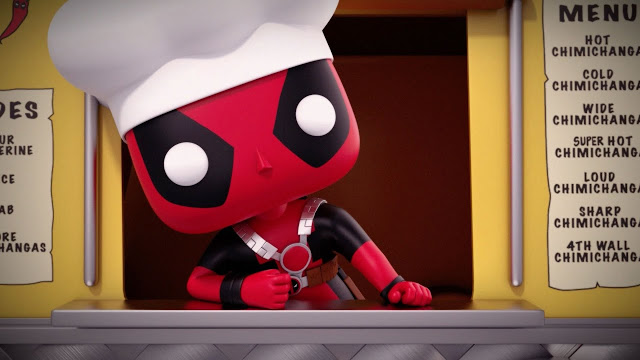 Marvel and Funko have collaborated to create the first-ever Funko animated shorts, the second of which, Bait N Switch, was released today! There are three Marvel Funko animated shorts in total and each one is ninety seconds in length. Featuring some of Marvel’s most popular Super Heroes and Villains, including Spider-Man, Iron Man, Loki, Rocket, Groot, the Collector, Deadpool, and Venom, all three Marvel Funko animated are AVAILABLE NOW! Below you will find the third short Chimichangas featuring a hilarious brawl between Deadpool and Venom!


The first two Marvel Funko animated shorts Spellbound and Bait N Switch have been rousing successes; currently the shorts has been viewed by 700,000+ people online. Chimichangas, released today, can be viewed on Marvel’s YouTube page now!

The Marvel Funko animated shorts include story and animation by A Large Evil Corporation and were executive produced by Brian Mariotti, Dan Buckley, Cort Lane, Joe Quesada, and Alan Fine.

Let us know in the comments what you think of this Marvel Comics Announcement and don’t forget to follow us on Twitter for the latest Previews, Reviews, News and Interviews!
All images images are courtesy of Marvel Entertainment & Funko