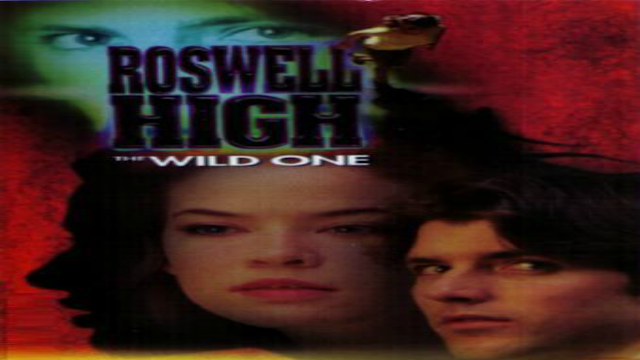 Welcome back to Roswell High! It has been eighteen years since the Pocket Books (a division of Simon & Schuster) series Roswell High (1998-200) written by Melinda Metz saw print and since then produced a ten book series and just a few installments inspired the TV series Roswell (1999-2002). While I loved the show, and thought it was awesome, it barely scratched the surface of what the books delivered. Through this series of reviews I plan to not just review the books themselves but at the same time explore the TV series in comparison, so maybe someone (Kat/Comic Uno) who is a fan of the TV show may pick up the series. Dangerous Love…. I’m going to be honest, the tagline for this book made me think “Did I get tricked into reading a teen romance series?” I wasn’t!


Isabel: From the moment she hears the roar of Nikolas’ motorcycle, she’s hooked. This new guy in town seems to understand exactly how she feels and thinks, exactly what she needs. He’s someone willing to let her be what she was born to be…the wild one.


Alex: He’s jealous of Isabel’s new boyfriend. Worse, he fears that Nikolas is dragging Isabel deeper and deeper into danger. If Isabel’s not careful, Sheriff Valenti will discover the truth about her. And if that happens, no one from Earth will be able to save her…” 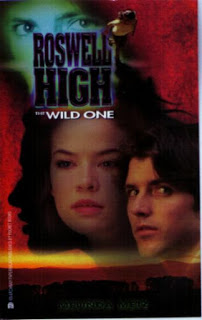 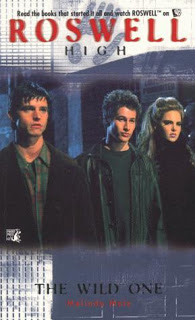 Story:
Someone has been using their powers recklessly, Max, Michael and Isabel all feel it, and all deny it. The powers seemed to be focused on or around Isabel, first an opposing team’s mascot goes flying after bothering Isabel. Max, Michael and the gang confront Isabel who denies it and is visibly hurt and angered by the accusation that she would. Later on while on a date with Alex at the Miniature Golf course where she makes an impossible shot and Alex wonders if she may have used her powers subconsciously, Isabel is again hurt and angered, but later wonders could Alex be right?

There is a new boy in school, Nikolas Branson. He’s on the football team, the bad boy, owns a motorcycle, no fear or respect for the law, oh yeah he is also an alien. Everyone at school notices Nikolas, even Liz, and by using his powers to help Isabel he could have Sheriff Valenti notice all of them and expose their secret, but Nikolas doesn’t care.

After a Dreamwalk where Isabel enters a new unknown dream orb and sees a specie-shared memory of their home planet she thinks she may be sleeping herself until the dreamer, a mysterious man grabs her. It isn’t until she runs into Nikolas at school and he holds her does she realize that it was his dream she was in. But it isn’t until he brings her to their cave, and tells her that the cave was where he emerged from his pod first and dragged it with him into the desert, sort of like a safety blanket does she believe he was one of them. He was found and adopted, but was relocated to California, and only recently returned to Roswell.

Isabel falls head over heels for Nikolas. Nikolas tells her not to fear Sheriff Valenti or any human, any more than an insect because they have the power, so humans were no more than insects to them. Nikolas influences Isabel in profound ways that affect her relationships with everyone. Isabel becomes the wild one, using her powers recklessly, breaking into a bowling alley, the mall, defying her brother, Michael, Liz, Maria and Alex’s warnings.

Isabel is so enthralled by Nikolas that she turns on those closest to her. Even after Nikolas scares her by using his powers to knock out a guard at the bowling alley which raises the attention of Sheriff Valenti, and Elsevan DuPris. Nikolas then uses this power on Liz, which almost kills her, before turning it on Alex, then tries to use them to kill Michael. None of this matters to Isabel, nothing but Nikolas matters at this point. She is willing to do anything she has to, to keep him in her life, even if it means losing everyone else in it

While Isabel is taking a walk on the wild side, Michael and Maria bond more. Michael is prepping for a “new foster arrangement” and spending a lot of time at Maria’s house watching horror movies with her in her room. Max begins a new job at the local U.F.O. Museum, where we meet his boss Ray Iburg. Valenti tracks the alien to the mall where Nikolas and Isabel are having an after hours spree. Nikolas forces Isabel to use her powers to knock out a guard. When Valenti arrives Nikolas thinking Valenti is no threat toys with the Sheriff, turning his back only to be shot dead in front of Isabel. Isabel reverts to the fearful little girl she was growing up seeing Valenti as the boogie man. Max, Liz, Michael, Maria, and Alex rescue Isabel, but are caught by Valenti until a mysterious force field surrounds Valenti, freezing him in his tracks. The gang find out that they are saved by Max’s new boss Ray, who tells them that the force field will erase Valenti’s memories and that he is also an alien.

The original cover art never featured Nikolas, I know some people believe that the guy I marked as Alex was Nikolas, but the description is totally off from the model. Nikolas is described by Liz as, “Dark hair that fell to his shoulders, and light brown eyes. His high cheekbones and his nose, which had been broken a few times, gave his face a severe look. At least until you noticed his lips, which were full and sensual. “ Now I thought this description matched Michael from Season three, and not the preppie-looking model from the original book art.

The show never outright used Nikolas, but they did bring him into the show  in a few ways. The first way is with Tess, who wasn’t beyond using her powers to seduce an Evans (Max) just as Nikolas did with Isabel. The next time was in name when they introduced the Skins and we meet Kivar’s second in command, who is in the “Skin” of a young boy named Nikolas. We also see a bit of Nikolas in Maria’s cousin Sean, who is the wild one, and sort of seduces Liz, even taking her to a bowling alley. In the book Nikolas takes Isabel to the bowling alley, breaking in after dark, and using their powers to hover/fly down the lanes. On the show Sean breaks into the alley with Liz and tells her that you can slide on the lanes in socks and feel like you’re flying. I even think that Michael in Season three was a lot like Nikolas. When Michael became the King of Antar after Max was killed, and returned, Michael didn’t care about humans even implying anyone who found out should have been killed. Not to mention the physical resemblance right down to the motorcycle.  Then there is the most obvious one, Kivar/Kevin who seduces Isabel/Vilandra to where she would turn on Max and Michael.

There were other things that happened, but weren’t really “powers” but came to be through the group connection. While in their group connection they pulled from each other. While everyone could see the auras that all the aliens could see everyday, from Isabel they could hear the groups individual dream orb melody in harmony. Maria in the book and on the show is big into aromatherapy and because of her the group could smell a scent from each individual. The aliens could also feel when one of them would use their powers. They felt a crackling in the air, all their arm hair stood up, and they smelled the ozone like just after a thunderstorm. All of the Roswell Aliens (never named, nor is their planet) have specie-shared memories, these are common memories, like what their planet looked like etc, this also something used in the TV show. 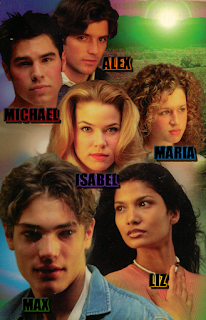 Overall:
Roswell High: The Wild One is a great follow up to The Outsider. The Outsider was all about building up this bond between the group, and The Wild One tested those bonds. I really love how Metz explores each character and the relationships, it allows them to grow, and become more clear to the reader. Like The Outsider, The Wild One perfectly blends the Sci-Fi themes with that of the teen drama. This book really does offer a lot of insight into the characters, especially  Isabel, while setting up some big plot points for future books. The one thing that bugged me about this book was that we never knew what happened to the family that adopted Nikolas. He was adopted and taken to California, but he dislikes humans to the point he considers them bugs, but no one ever inquired what happened to them.

While I loved the TV show, I think most fans can admit that Season two and the Kivar story in Season three wasn’t really well executed. This book though handles a lot of those themes, but executes them far better. Each chapter has you wanting more and more, and never loses sight of the fact that above all else the characters come first. I definitely recommend any fan of the show to read this book.

If you want to know my thoughts along with my Media Madness co-host Kat (Comic Uno) thoughts? Check out our Live Commentary on the first and last episode now! 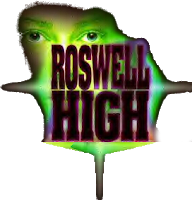 This Thursday we are recording our fan feedback episode for the season. Send your feedback at thelegendspodcast@gmail.com about #LegendsofTomorrow Season 5 and what you'd like to see us talking about during the LONG hiatus.